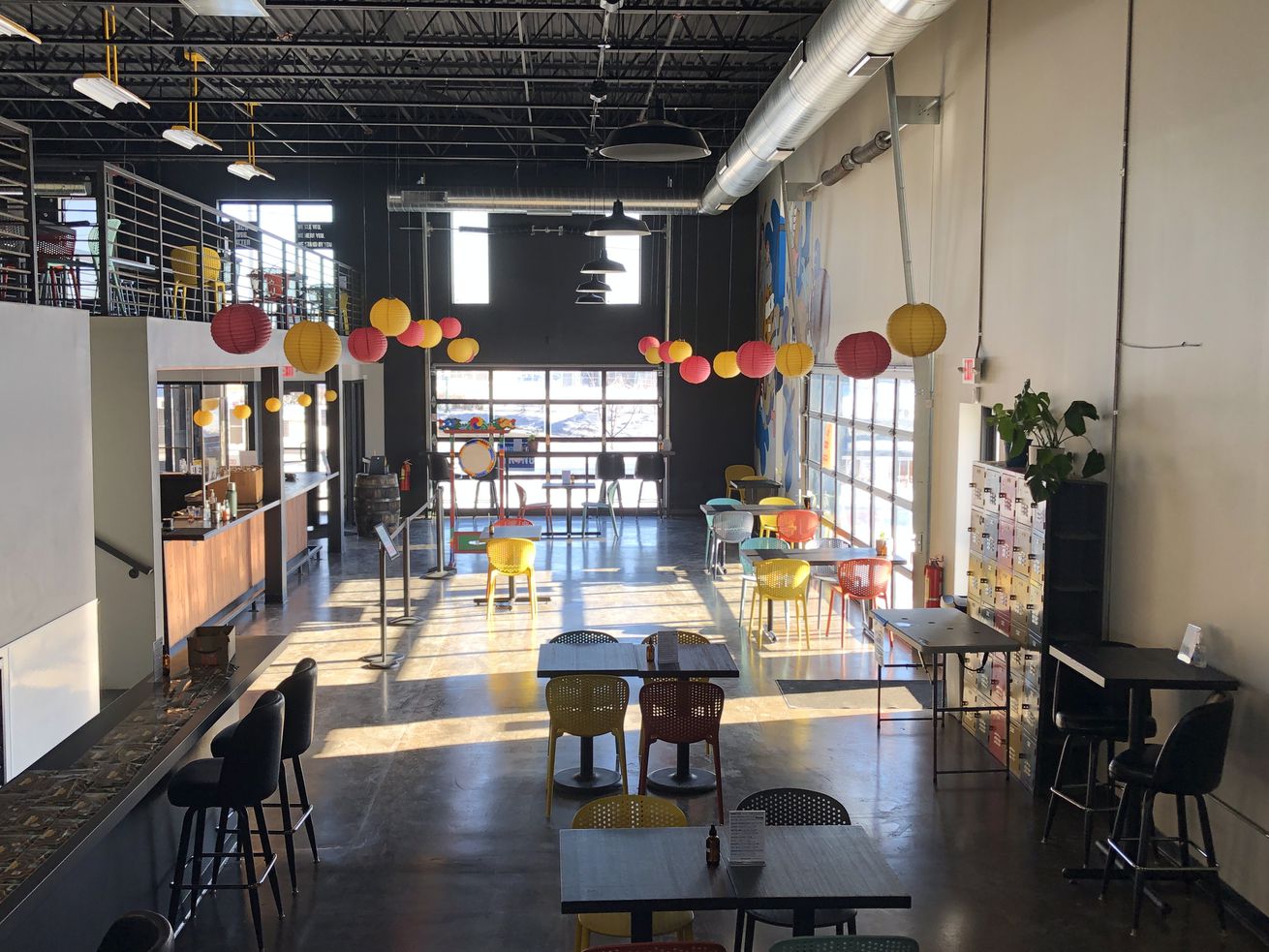 A Brewery Partners with Activists to Serve Its Minneapolis Neighborhood

After a years-long journey hampered by set-backs, the pandemic, and proximity to protests, Arbeiter Brewing Company in Minneapolis was finally able to open its doors and begin selling its beer in December of 2020. “We’ve been leasing our space for a little over three years now,” said Josh Voeltz one of the cofounders of Arbeiter, “So, it’s been a long time coming and we’ve experienced quite a few delays along the way.” But what began as a brewer’s dream long-delayed turned into a business looking to help rebuild a community.

Josh Voeltz, Juno Choi, and Garth Blomberg, long-time brewers and marketers in the craft brewing industry, came together to create a brewery that they would want to share a pint in. After leasing the old Harriet Brewing space in the Longfellow neighborhood in 2018, funding and financing delays set the group back until May of 2019. “It took us six months from there to get our construction permits from the city, so we didn’t actually start the construction process until December of 2019,” Voeltz recalled.

After a couple of months of steady progress, the world quickly turned sideways with the arrival of the COVID-19 pandemic. On March 17, 2020 Minnesota’s Governor shut down all restaurants, bars, taprooms, and other businesses as gathering places. Because construction was deemed essential work, the building of Arbeiter could continue, but only with six crew members working at a time.

One month after the COVID-19 shutdown, George Floyd’s death sparked protests that focused on Minneapolis Police Department’s Third Precinct, a building located just a stone’s throw from where Arbiter was slowly taking shape.

The original build-out time for the brewery was planned for 12 to 16 weeks. It ended up taking nine months.

Arbeiter finally was able to share its beer with the Twin Cities in December of last year, joining a community and city in turmoil after a long summer of racial and social reckoning. “For us now there is a lot of feeding off of hope for the neighborhood,” Choi said, “that causes us excitement but also causes us to feel a weight too. We feel an extra responsibility to be more than just owners of a business in this area.” This responsibility was well prepared for, as Voeltz, Choi, and Blomberg always saw the purpose of Arbeiter’s taproom to be a place of community gathering and neighborhood organizing. In the wake of the George Floyd murder, the three owners were able to see firsthand what drove the Longfellow community forward, making connections with other local business owners and activists to help begin shaping a future for what the neighborhood could rebuild itself to be.

“More than anything, we are focused on having a business that has some intent behind it rather than being a business that exists to serve a capitalist construct. It has to be more than that going forward,” Blomberg said. One way Arbeiter and other businesses are showing their intentionality is through an organization called Longfellow Rising, an organization they joined in the summer of last year. Founded in the wake of the protests that rocked the area, Longfellow Rising is a collection of local business owners and leaders who are looking to not only rebuild the area but do so in a way that helps to heal the racial inequities that led to the protests in the first place.

The team at Arbeiter does not take this lightly, using their platform as a new business in the area to make changes and take a stand. As Choi said, “The brewing community has always tried to step up in terms of being socially conscious. Now, with the events being in Minneapolis specifically, breweries do need to take a stand on certain things. Whereas the goal before was to keep things pretty neutral, I think most people coming out of the events of 2020 realize that if you want to see better things in your world you need to stand for something.”

Arbeiter started by selling their beer through crowlers out of their taproom and in various liquour stores throughout the Twin Cities. Then finally, beginning on January 12th, the brewery was able to open its taproom and patio to the public. Arbeiter crafts a wide swath of beer styles, from a dark and toasty pumpernickel rye ale to a traditional German pilsner that should enter the pantheon of Twin Cities lagers very soon. Suffice it to say, the beer being brewed at Arbeiter has been worth the wait.

Just like for countless people around the world, 2020 was a long and arduous year for the team at Arbeiter Brewing. But while many in their position would wallow in self-doubt and negativity, the brewery is using its unique story and news-making locale to make the world a better place for the community it serves. It is a truly happy culmination of a journey that is just getting started.

A Brewery Partners with Activists to Serve Its Minneapolis Neighborhood