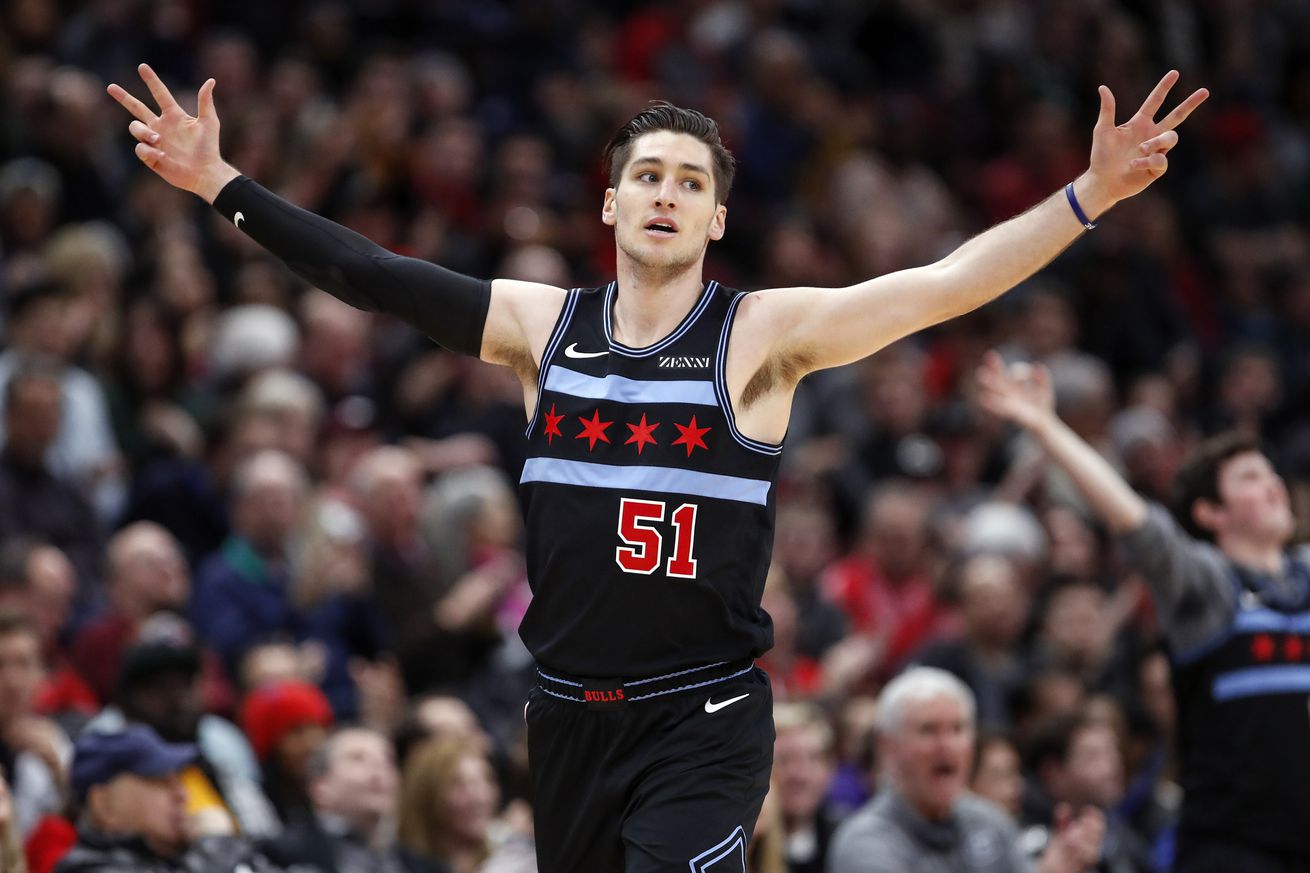 The Bulls are streaking, as both Markkanen and LaVine hit career-highs to take out Celtics

Offense has been a juggernaut, streak at 3

After beating the Boston Celtics at home 126-116 on Saturday night, the Chicago Bulls are officially on a winning streak and, more importantly, currently boast the best offense in the league.

Yes, you read that correctly. And no, it’s not hyperbole. For the month of February, no team has a more efficient offense than the Bulls. Clearly, we all saw this coming.

None of this makes much sense. Jumping from last for much of the year (including historically bad for the first part of Jim Boylen’s tenure) up to first in offense isn’t normal, nor sustainable. And yet, something has happened to the Bulls that at least lends some merit to the idea this is a revitalised team operating on a new wavelength.

Since the trade deadline, the Bulls have won four of their six games. So you can put a lot of this likely on Otto Porter. Porter left Saturday’s game with an injury after going scoreless for 14 minutes, but until then he’d been individually brilliant as a Bull making more shots than he’s missed while sliding in seamlessly into the starting lineup.

As productive as Porter has been, there’s an argument to be made in ‘addition by subtraction’ of Bobby Portis and Jabari Parkert being sent to Washington. By replacing two high usage big men — who play the same position as Lauri Markkanen — for a quality small forward, the Bulls have finally redistributed their offensive hierarchy. It all makes sense now, and because of it, Lauri Markkanen and Zach LaVine have flourished, as they did against the Celtics.

Markkanen and LaVine have found their groove

The last time two Chicago Bulls scored 35 points in the same game, Zach LaVine was a toddler and Lauri Markkanen had yet to be born. More than 23 years later, just as Michael Jordan and Scottie Pippen did in 1996, Markkanen and LaVine combined to score 77 points, with both eclipsing the 35-point mark.

In a season of development, two young franchise pillars pouring in points with ease against the fourth-best defense in the league is significant. More important, however, than their point total, is the balance both have forged — over the last 10 games, LaVine (26.2 percent) and Markkanen (26.0 percent) have posted a near identical usage percentage. In that same time frame, Markkanen is averaging 24.4 points and 13.2 rebounds while LaVine has averaged 25.2 points, five rebounds and five assists.

Sharing a balanced scoring load has been a task made easier since dealing Parker and Portis to the Wizards. This has forced Markkanen to be more proactive on offense, and LaVine has more than welcomed his support.

Without Porter for the second half, LaVine (42) and Lauri Markkanen (35) set career-high scoring marks, and did so efficiently (29-of-49 shooting).

More than the numbers, it’s encouraging to see both players jelling together, as LaVine noted post game.

It’s a really good feeling, because we’re starting to understand each other’s games really well. Even at points in the game where if I’m hot and he’s hot, we both understand that we can still help each other get shots because there’s so much attention on either one of us at that time. We’re going to be a good one-two punch.

As much as this game was about the Markkanen and LaVine combination, the Bulls may not have been in the game if not for their unheralded second unit.

For a moment, at least, Cristiano Felicio looked like a player who deserves to be in the league, scoring six points in 15 minutes while pulling down seven rebounds. Not to be outdone, Shaquille Harrison posted a team-high plus-26 in 19 minutes. I don’t know how that’s possible, and perhaps it removes some credibility to box score plus-minus. But, hey, it’s something!

Without Porter for the majority of the game, Wayne Selden was terrific in his place, scoring nine points on 50 percent shooting. The key reserve, though, was Ryan Arcidiacono. Notably, the backup point guard was given more minutes than Kris Dunn, who continued his season-long struggles. Playing 27 minutes, Arcidiacono scored eight points and handed out four assists, and as usual, was making the typical hustle plays that has defined his game.

It’s hard to imagine the bench performing as a collective this well again anytime soon, but for one night at least, they were brilliant.

Development was the most important aspect of year two of the rebuild. The Bulls showed that in spades against the Celtics. And while they did, they lost no real ground in the race to the bottom.

Just as the Bulls picked up an impressive win, so did the Cleveland Cavaliers and the Atlanta Hawks. Sitting between both these teams at the 4th-from-bottom of the standings, nothing changed after yesterday’s results, and the Bulls remain pretty much locked into that spot.

The Bulls are streaking, as both Markkanen and LaVine hit career-highs to take out Celtics