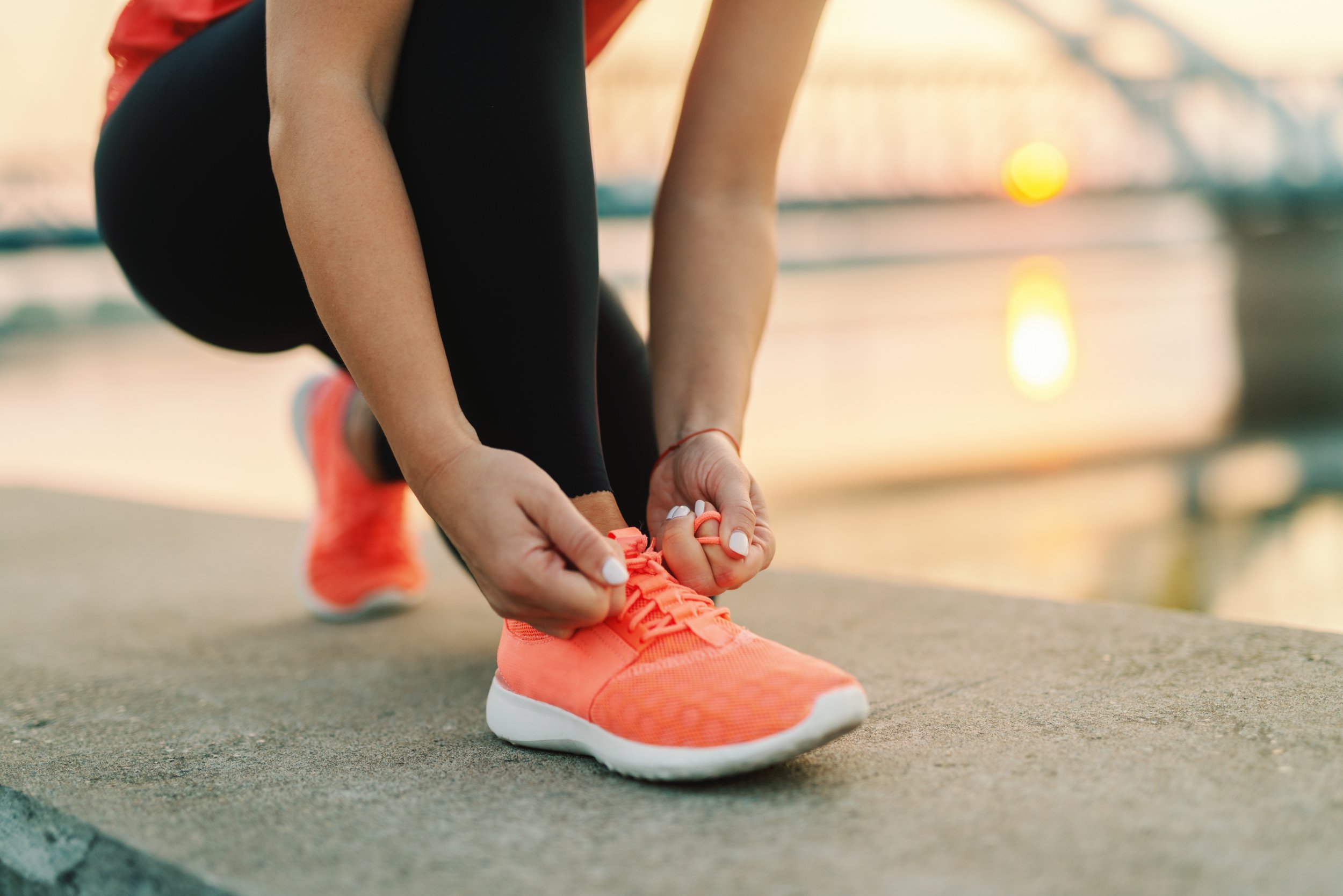 Wearing expensive trainers with the soles arching up is bad for the feet, according to new research.

Trendy shoes with ‘toe springs’ weaken muscles by putting too much pressure on the ball – increasing the risk of agonising conditions.

These include plantar fasciitis, more commonly known as heel pain. It affects one in ten people – and causes an excruciating stabbing pain on the bottom of the foot.

In some cases, sufferers can barely walk.

Corresponding author Professor Daniel Lieberman, an evolutionary biologist at Harvard University, Boston, said: ‘It stands to reason if the foot muscles have to do less work, then they are probably going to have less endurance given that many thousands of times a day you push off on your toes.’

He said people should choose footwear with flatter soles to avoid a potential lifetime of pain. A toe spring refers to their elevation above the ground or supporting surface. The current industry standard is 15 degrees.

It means most shoes hold, or immobilise, your toes in an unnatural, extended position, say the international team.

This makes people more prone to problems like like plantar fasciitis – a hard to repair inflammation of the thick band of tissue that connects the heel bone to the toes.

Prof Lieberman said: ‘One of the biggest problems in the world today of people’s feet is plantar fasciitis. We think what happens is people are relying on their plantar fascia to do what muscles normally do.

‘When you get weak muscles and the plantar fascia has to do more work, it is not really evolved for that, and so it gets inflamed.’

The findings are based on experiments in which 13 participants walked barefoot on a treadmill at a comfortable walking pace.

They were then asked to repeat the process wearing four different pairs of specially designed sandals – with toe spring angles varying from 10 to 40 degrees.

They were designed to mimic the stiffness and shape found in commercially available shoes.

The machine had force plates and an infrared camera system that recorded 3D motion data from markers placed on each volunteer’s knee, ankle and foot.

This measured how much power was put into each step. The toe springs decreased the work of the muscles around the MTP (metatarsophalangeal) joints that connect them to the foot bones.

Prof Lieberman said: ‘The higher the upwards curve of the toes with respect to the rest of the foot, the less work the foot muscles had to perform to support the joints when walking.

‘It explains why toe springs are so comfortable and popular. But they may contribute to weakening of the foot muscles with long term use.’

The more curved a toe spring, the less power the foot has to exert when pushing off from the ground, he explained.

First author Prof Freddy Sichting, of Chemnitz University of Technology, Germany, said: ‘From an evolutionary perspective, wearing modern shoes that have arch supports, cushioning, and other supportive features is a very recent phenomenon.

‘Several lines of evidence suggest weak foot muscles may be partly a consequence of such features. In our research, we were interested in a nearly ubiquitous element of modern shoes that has not been studied before: the upward curvature at the front of the shoe.’

The project began after the professors met at a conference in Boston – and went for a run by the Charles River. They talked about foot biomechanics – and plantar fasciitis.

The MTP joints are one of the key features that have evolved so humans can walk and run on two feet so effectively and efficiently. An average person in the UK and other industrialised countries takes 4,000 to 6,000 steps a day.

Habitually wearing shoes with toe springs is likely to relieve muscles of the work needed to strengthen the joints, said the researchers.

Prof Sichting said: ‘Walking in shoes with comfortable features such as a toe spring has its costs.’

But the researchers are not expecting toe springs to be ditched anytime soon. The global footwear market is worth more than £150 billion a year.

Prof Lieberman said: ‘We like comfort. That is why we sit in chairs and take elevators.’

The researchers are now calling for more research into how toe springs interact with other elements of shoes – such as stiff soles or cushioning.

Added co author Dr Oliver Hansen, also from Harvard: ‘This study isolated just one element of our shoes. This could give us a more complete picture of how shoes affect our biomechanics.’

A-list celebrities who have suffered from plantar fasciitis include Paris Hilton, Angelina Jolie and Elaine Paige.

According to the NHS Choices website, it can be brought on by doing too much exercise, having flat feet, being overweight – or wearing unsuitable shoes.