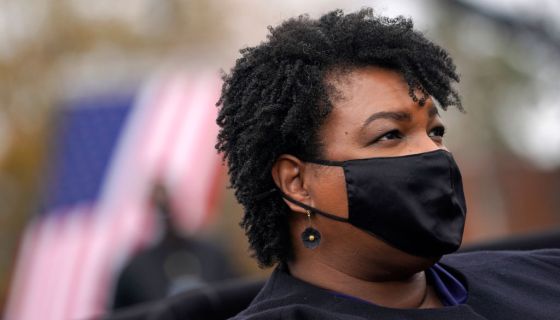 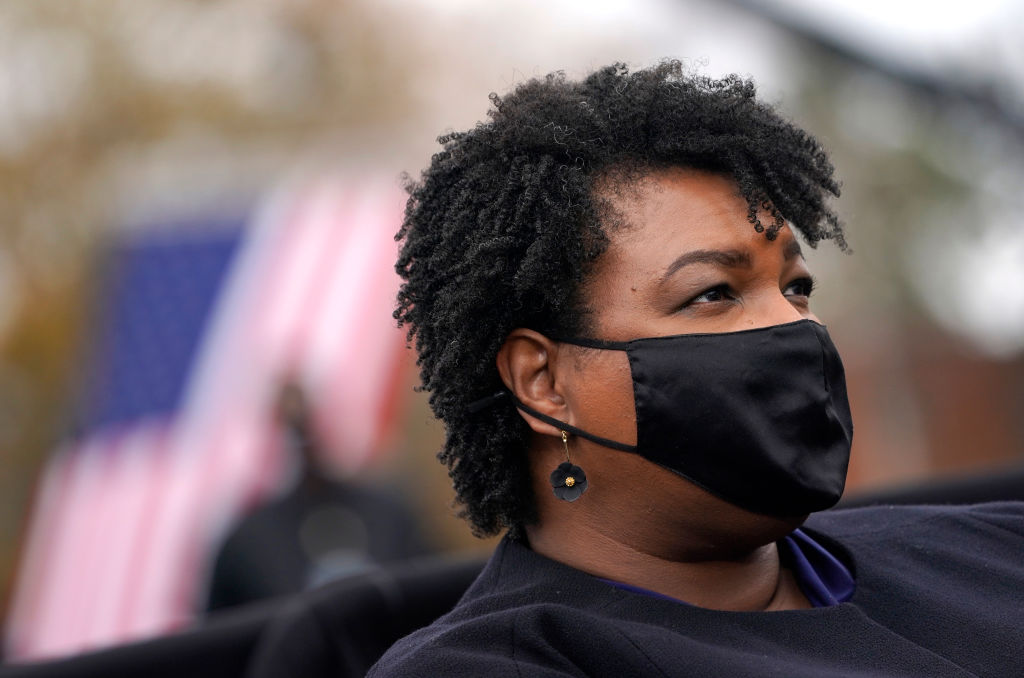 Before he got the chance to delete it, people captured screenshots of Malone’s vicious tweet towards Abrams on Tuesday night, one in which he called her disparaging names related to her figure, likened her to cartoon character Fat Albert, and perpetuated false claims that the election had been rigged.

“Congratulations to the state of GA and Fat Albert @staceyabrams because you have truly shown America the true works of cheating in an election again!!!” he tweeted on January 5. “Enjoy the buffet Big Girl! You earned it!!! Hope the money was good, still not governor!”

Abrams, who is a celebrated voting rights activist, has been extremely vocal and involved in getting out the vote in both statewide and national elections. She became a household name amidst her fight in the election for governor of Georgia back in 2018, which she lost by a slim margin to republican Brian Kemp due to alleged voter suppression in communities of color. Since then, Abrams has been hailed for her efforts through her organization, Fair Fight, in succeeding in her 10-year mission to flip Georgia blue, helping Joe Biden win the presidency, as well as Raphael Warnock and Jon Ossoff gain seats in the Senate on Tuesday.

With that being said, Abrams is a respected figure in politics. So within a matter of days, Malone was fired for his comments about her. In a statement about the incident on Thursday by Chatanooga’s head football coach Rusty Wright, he made it clear that he holds his staff and his players to a standard that doesn’t tolerate or condone the disrespect of others.

“Our football program has a clear set of standards. Those standards include respecting others,” the statement read. “It is a message our players hear daily. It is a standard I will not waiver on. What was posted on social media by a member of my staff is unacceptable and not any part of what I stand for or what Chattanooga Football stands for. Life is bigger than football and as leaders of young men, we have to set that example, first and foremost. With that said, effective immediately, that individual is no longer a part of my staff.”

Also posted on Thursday, the University of Tennessee-Chattanooga’s chancellor, Steven R. Angle, appeared in a 45-second long video clip where he also condemned Malone’s statements. The video, which was seemingly recorded on Wednesday, confirmed Malone had been removed from the school’s staff.

“Yesterday Chris Malone, a UTC football coach posted a tweet regarding Stacey Abrams. That tweet was hateful, hurtful, and untrue,” Angle said. “Coach Malone is no longer a part of this university. University faculty and staff are expected to lead in a way that achieves and maintains a respectful and tolerant, civil campus environment. The University of Tennessee at Chattanooga does not tolerate and unequivocally condemn discrimination and hatred in all forms. Thank you.”

The comments Abrams received from Malone will never be okay, and unfortunately, it’s a huge part of what many Black women face on a day-to-day basis online. This is especially true when they’re in the public eye, in high-ranking positions, and hold lots of power and influence, just as Abrams does. It was good of the university to waste no time in firing Malone from his position, distancing themselves from him, and condemning his actions for what they really are: “hateful, hurtful, and untrue.”

As Black women often do, Abrams hasn’t publically acknowledged the hate she received from Malone. Instead, she’s continuing to use her voice and platform for the people.