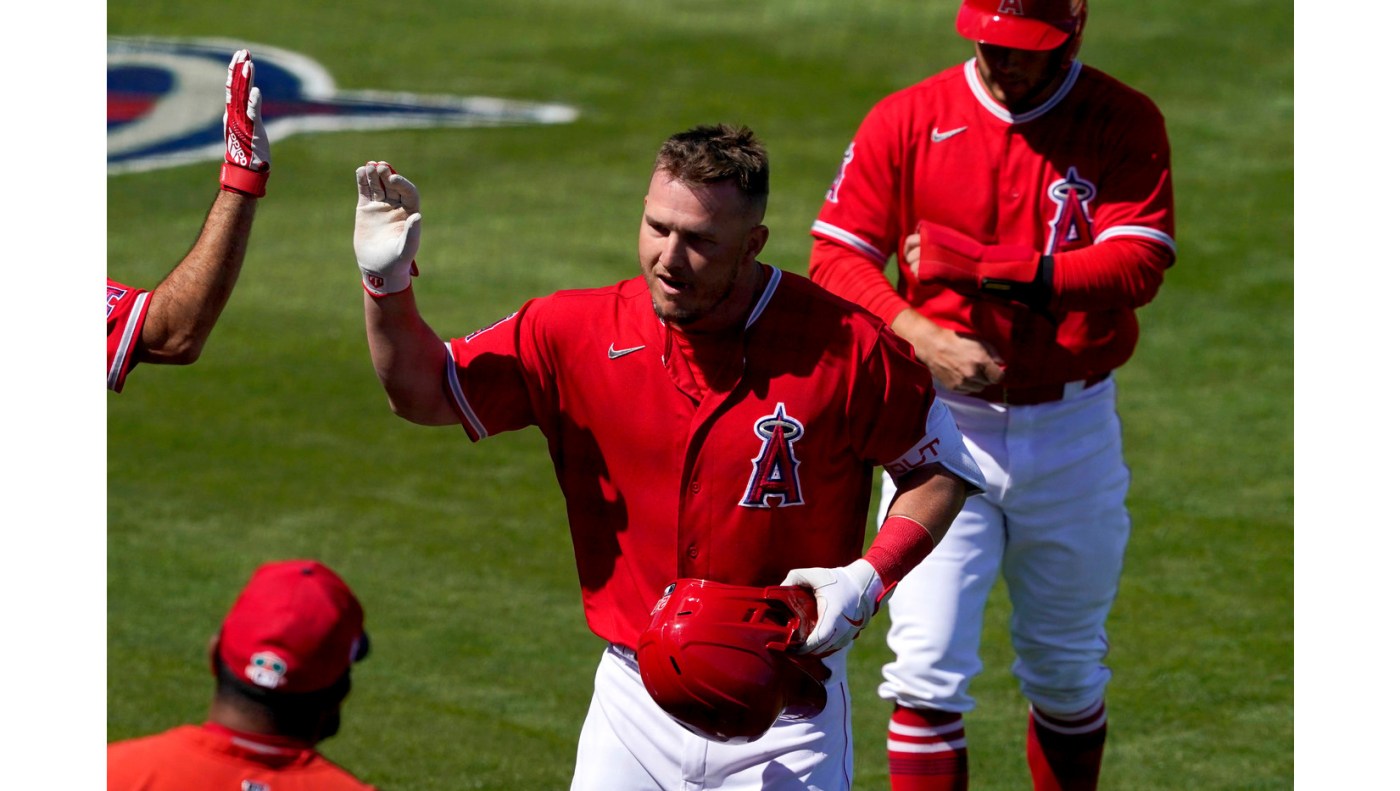 THE GAME: Mike Trout and Dexter Fowler homered and Albert Pujols had three hits in the Angels’ 5-4 victory over the San Francisco Giants in a seven-inning Cactus League game on Thursday at Tempe Diablo Stadium.

PITCHING REPORT: Right-hander Griffin Canning pitched a perfect first inning, but in the second he lost his control and walked the bases loaded. He then gave up a bases-clearing double to Will Wilson, the shortstop the Angels traded to the Giants to unload Zack Cozart’s contract. Canning was then pulled, but he returned for the third inning. He issued a walk and gave up a hit, and then was done for the day. Asked what the difference was from the first inning to the others, he said: “I don’t know. That’s what sucks about baseball. But I just need to be able to find that difference a little bit quicker.” … Right-hander Raisel Iglesias pitched a scoreless inning, working around a hit and a walk. Iglesias has allowed one run in three innings this spring. … Right-hander Mike Mayers returned to the mound for the first time since he was knocked out after allowing five runs and getting hit in the leg by a comebacker. He pitched a scoreless inning.

HITTING REPORT: Trout lofted a soaring drive over the berm beyond the left field fence, for his first home run of the spring. Trout is 3 for 11. … Shohei Ohtani punched a hit down the third base line. He rounded first aggressively and then slammed on the brakes, stumbling and sliding headfirst back into the base. Ohtani then was thrown out at the plate trying to score from first on a Pujols hit down the left field line. Ohtani also hit a seemingly routine ground ball to shortstop and beat it out for a hit, and he smashed a line drive into center field, but LaMonte Wade Jr. made a leaping catch. Ohtani is 7 for 13 this spring. … Pujols had three hits, including a double, to improve to 7 for 13 this spring. … Fowler hit a two-run homer, his first of the spring. His home run snapped a tie in the fourth inning.

DEFENSE REPORT: Third baseman Anthony Rendon made a barehand pickup but his throw to first was not in time to get the out. … Jo Adell finished the game in center field. He’s played all three outfield positions so far this spring. Adell’s three innings in center were uneventful.