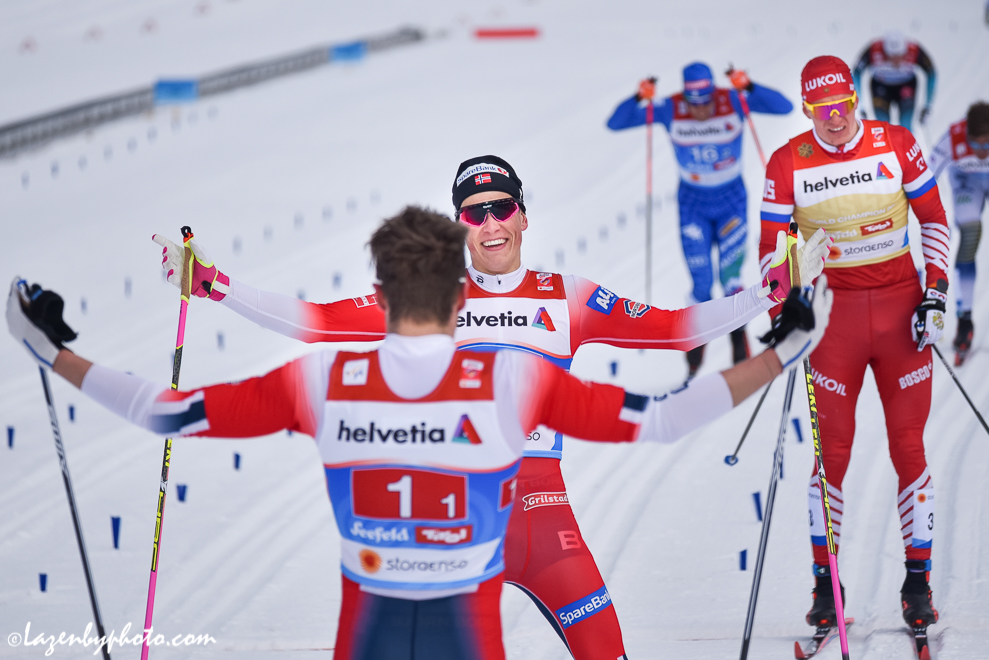 Redemption. As the old saying goes, it is sweet, particularly in sport, even if the occasion only arises every two or four years. Or perhaps the wait makes it savory.

Two winters ago, Norwegian Team Sprint finalists Johannes Høsflot Klæbo and Emil Iversen had been on their way to a potential gold or silver World Championships medal in Lahti, Finland when Iversen crashed taking out Finland’s Iivo Niskanen and putting Norway out of medal contention.

For Norway, tallying podiums is a point of national pride. The missed one in Lahti was a visceral loss. The only other time the Norwegians had missed a team sprint top 3 was at the 2013 World Champs in Val di Fiemme when they placed 11th. 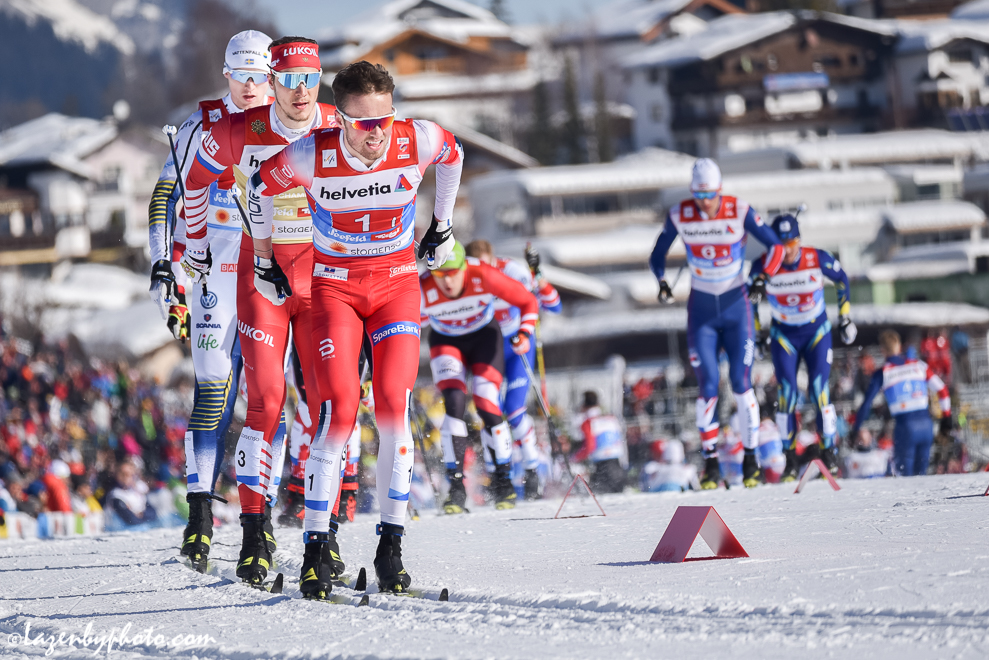 Prior to this Sunday at the World Ski Championships in Seefeld Austria, the Norwegians, according to a International Ski Federation press release, have accumulated altogether, three gold World Champs medals and one silver, the second most of any nation–Russia has them beat with five.

With Iversen and Klæbo paired up once again–though this time Iversen taking the first leg and Klæbo the anchor–Norway was in the rare position of holding its breath by the start of the race. With ten teams taking to the 6 x 1.6-kilometer classic sprint final there would plenty of opportunity for things to go wrong. Norway was going to avoid as many of those as they could.

From the gun, Iversen went to the front and leading the pace with France’s first leg, Richard Jouve just behind in second followed by Italy’s Francesco de Fabiani in third, Finland’s Niskanen in fourth, the U.S.’s Simi Hamilton in fifth and Russia’s Gleb Retivykh in sixth. 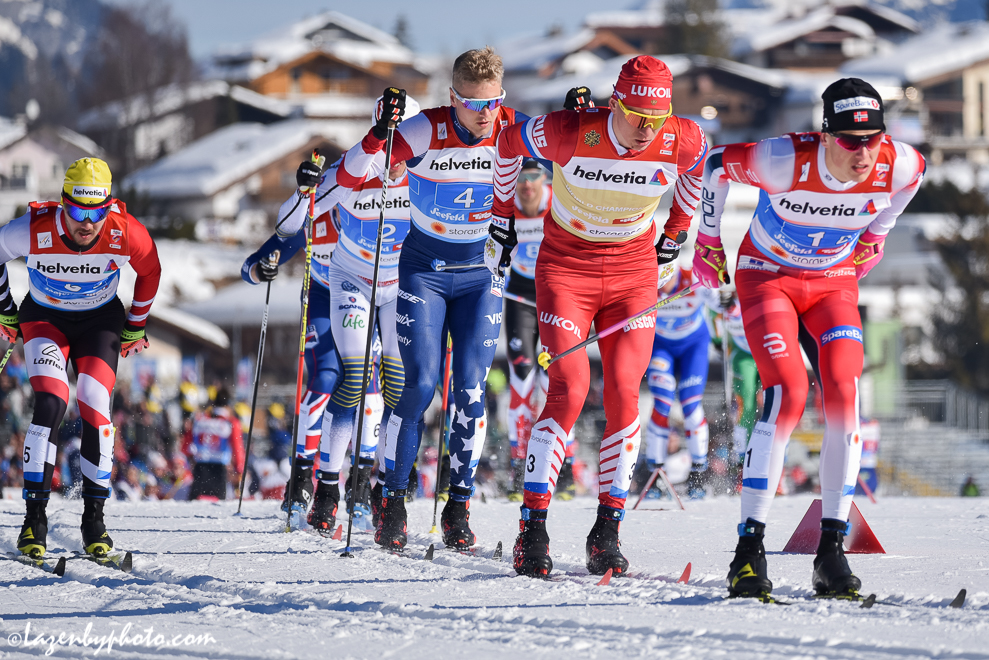 In that order through the first exchange and with the tempo slowing following that, Canada’s Len Valjas and Erik Bjornsen skiing for the U.S., took a pull at the front during the course’s first climb. Norway’s Klæbo was back to the front by the second exchange with Alexander Bolshunov of Russia stuck just behind. Italian Federico Pellegrino had maintained Italy’s position in third, while Sweden’s Calle Halfvarsson had moved the team into fourth. Bjornsen came through positioned in eighth, Valjas 10th.

As Iversen once again took the reins at the front during the third lap, the attrition of teams began. Canada’s Evan Palmer-Charette lost touch with the pace and by the exchange, Hamilton was four seconds off Iversen’s lead pace. France, Sweden, Italy and Russia still remained in contact with Norway in the lead.

Klæbo charged the to front on the fourth lap along with Bolshunov. Despite a slight tangle at the exchange between the two Russian teammates, Retivykh maintained his spot with the forerunners and Norway going into Lap 5.

In the fifth lap, Iversen’s last for the day, the Norwegian avoided any spills heading into the final lap. Still, six teams remained in play for a podium position, including France, Sweden, Norway, Italy, Russia, and Finland.

Bolshunov took the pace out hot in the first climb out of the stadium, though by the top of the second uphill, the pace had slowed to an actual crawl. Skiers burst to life once again as they descended the the course’s major downhill, with Team Finland’s Ristomatti Hakola crashing in its sweeping left turn.

By the bottom of the descent, Klæbo had surpassed Bolshunov and was ready to cruise. He sailed up the final climb with time enough to glance back at a fading Bolshunov. The 22 year old Norwegian cruised his way to the finish line, crossing arms outstretched for Team Norway’s first place in a time of 18:49.86.

“Yes it was a revenge because of Lahti. But we did not just ski as a team today but more also as friends and this makes the win even more special for us,” Iversen said to FIS, according to a press release. “To be able to cross the finish line in the first position is of course always a special moment. We now enjoy the day and see what other goals we will set for us.” 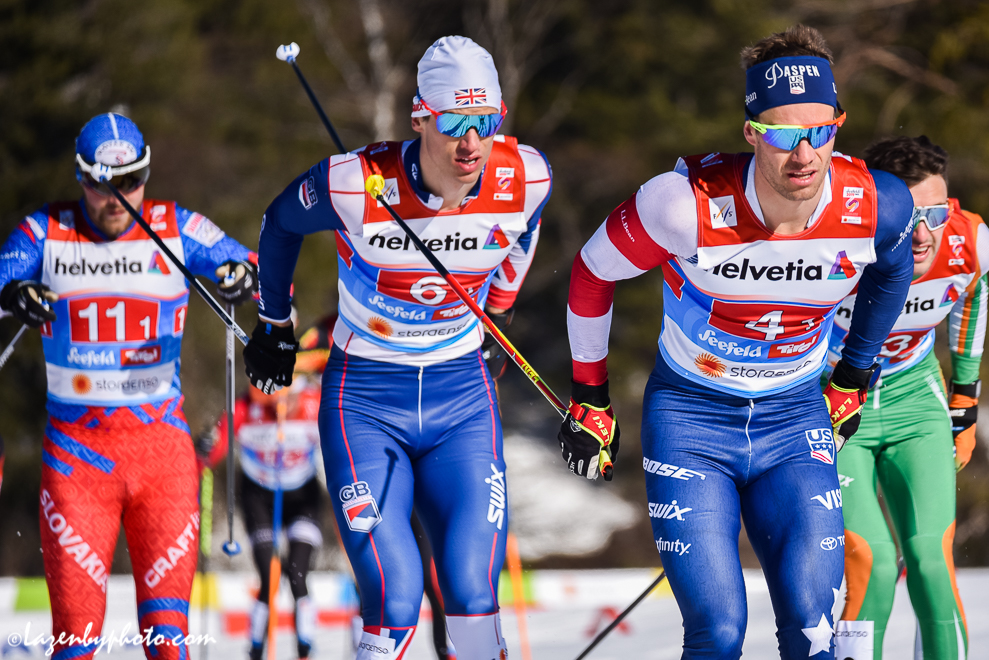 Russia crossed 1.88 seconds later for the silver medal and claiming the bronze was Italy, finishing 4.03 seconds back from Norway. 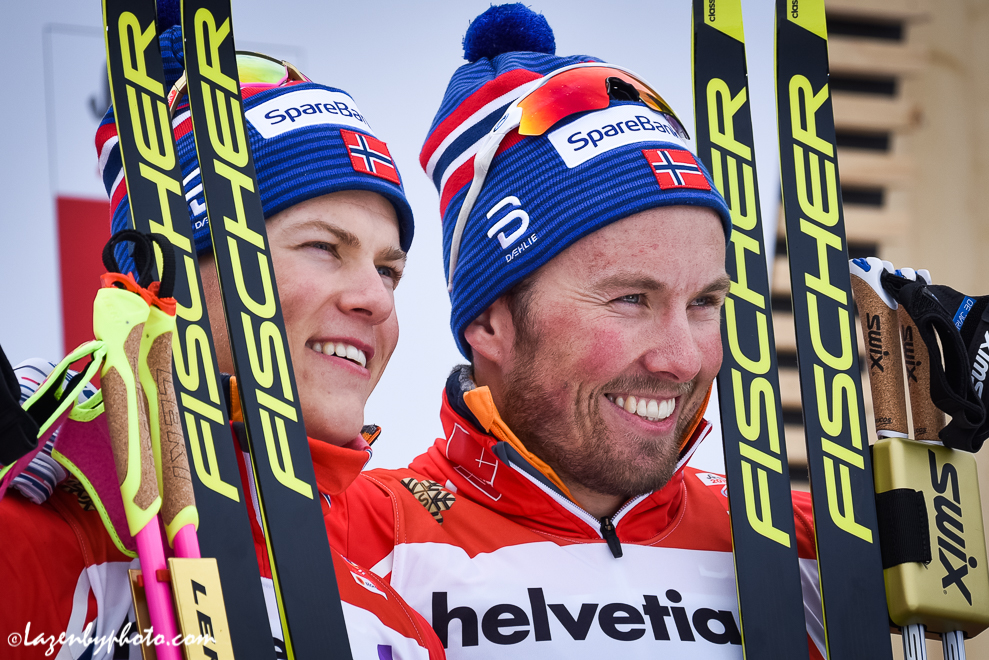