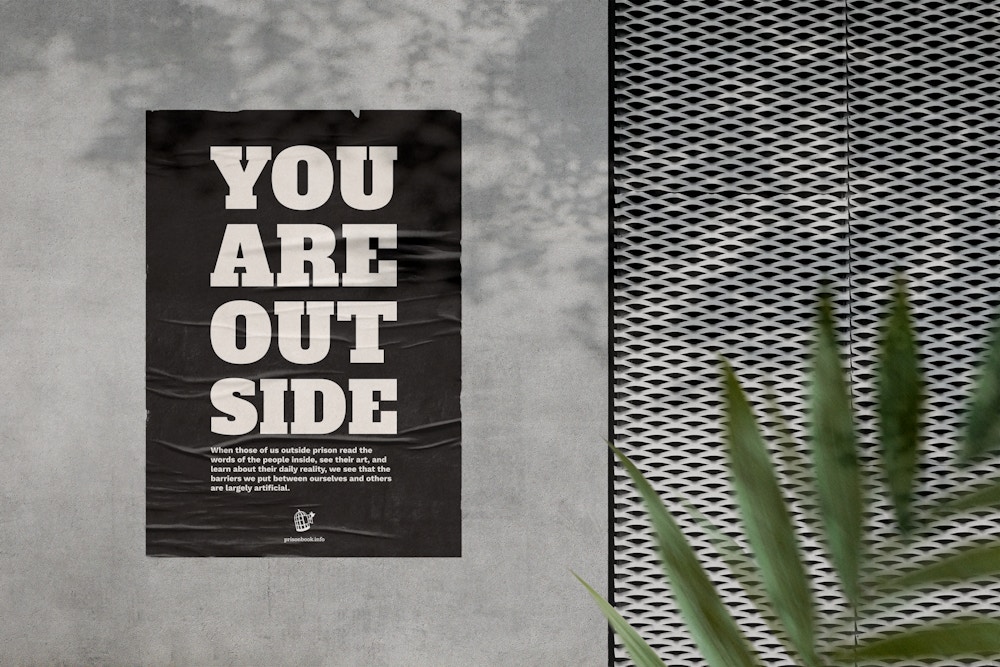 A book distributor with a mission, Prison Books Collective is an NC-based nonprofit that promotes the right to read for incarcerated people, also serving as an avenue for cultural exchange between the worlds inside and outside prison walls.

The Collective sought us out to help define their identity, develop a new brand and communication strategy, and equip them with the tools to boost their profile both locally and online, in service of their mission.

Prison Books Collective was founded in 2006 with a focus on giving incarcerated people a semblance of normalcy by providing them one of the most impactful resources we can offer: something to read. Whether for education, entertainment, or skills-building for life after release, having access to information is critical to fighting isolation and providing opportunities for connection to the outside world.

Incarcerated people are often under rigid restrictions on the information they are allowed access to. North Carolina, and many other states, maintain “banned books” lists for prisons that contain hundreds of books and other materials not allowed inside, often based on arbitrary or obscure reasoning.

With anarchist origins, the Collective uses literature to fight the injustice of mass incarceration in the United States, where over 2 million people currently live in prisons. Since its founding, they have been quietly fulfilling requests from incarcerated people in North Carolina and Alabama; sending books, zines, and other resources, free of charge. A small operation, they still managed to send hundreds of packages of reading material during 2020, when COVID had limited their ability to gather in their workspace.

Making an invisible problem visible. Mass incarceration is a complex and nuanced problem, but it persists in no small part because it’s also largely invisible to nearly everyone who hasn’t personally interacted with the carceral system. We knew that creating that awareness would require piercing public consciousness in an unexpected way.

You are outside. Even if you’re indoors right now, you’re experiencing life in the “outside” world, in contrast to those “inside” — our incarcerated neighbors. Moving through this everyday life “outside,” there is so much we take for granted, or at least don’t consciously consider.

Actions as simple as leafing through a magazine while waiting in line, or looking up a bit of trivia on our phones in a moment of curiosity, represent an incredible freedom, one routinely denied to those in prison: our access to information.

This strategy leans on these moments of easy-to-ignore freedoms, exposing our wildly different realities, and inviting a moment of (possibly uncomfortable) reflection on how our lived experience compares to those we don’t see.

In alignment with PBC's ethos of transformative justice, this strategy leans on the idea of discursive design, a form of design advocacy that transforms utilitarian design things into thought-provoking objects through bold messaging. Through a discursive strategy, PBC’s swag is transformed into education and conversational catalysts that prompt self-reflection about mass incarceration.

Digital media, particularly Instagram, is where the bulk of PBC’s messaging and content lives. We applied a visual, communication, and content strategy that enables PBC to paint a multidimensional narrative explaining who they are, what they stand for, and what they need. The goal is to deliver on these core aspects inherent in PBC’s work: advocacy for prisoner voices, education of broader carceral issues, and organizational needs such as book requests.

You are reading. Prison Books Collective continues faithfully fulfilling prisoner requests for books and zines, only now with a new toolbox for how to reflect this powerful work in the digital world, and a set of swag to create new allies in the physical world.