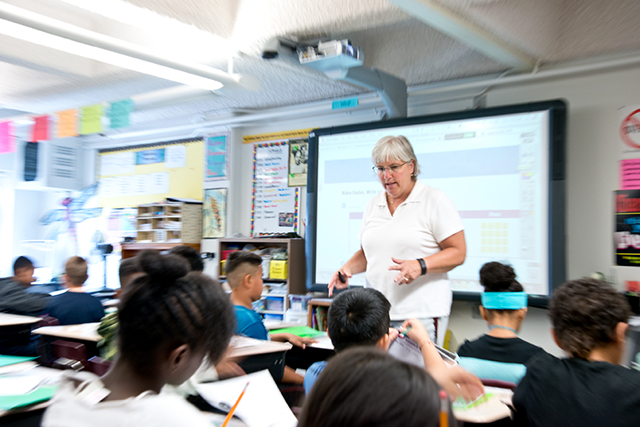 As I picked my son up from preschool yesterday, a grandmother exiting the room with her granddaughter paused to salute the teacher.

“Have a nice mini vacation!” she said with a smile.

It’s that time of year when most, if not all, schools across the state observe MEA weekend — that four-day break from class that many Minnesotans have come to expect.

In fact, over the radio on our drive home, I listened to reminders from airport officials that they’re prepared for an anticipated surge in traffic this weekend.

But as a colleague of mine — who’s a transplant from Washington — pointed out, this time-honored tradition isn’t a thing in most other states. Something similar — in scale and function — only makes school calendars in Wisconsin and New Jersey.

Here, many students, parents and educators look forward to the third Thursday and Friday of October as a much-needed break without the added stress of an actual holiday. But MEA break exists for a distinct reason: to offer teachers professional development opportunities at the start of the school year.

“Folks have spent some time now with their students. They know what their classroom looks like,” says Bernie Burnham, vice president of Education Minnesota. “So it is a point in the year where it’s nice to have a chance to find some professional development that may be helpful in what’s happening in your classroom.”

The annual MEA conference dates back, in some form, to 1861. The state’s teachers union, Education Minnesota, hosts the event.

So why not call it the “EM conference?”

Historically, union leaders invited all Minnesota educators to attend the two-day conference. But that, too, has changed.

In 2017, the union restricted access on the second day of the conference to union members only. In 2018, the union scaled back the event further, making it a member-only one-day event. This year, it looks the same: members-only, with just one day of sessions scheduled on Thursday at the RiverCentre in downtown St. Paul.

In a news release last year, union leaders indicated the Janus v. AFSCME decision — in which the U.S. Supreme Court ruled that public employees who do not join unions cannot be required to pay for collective bargaining — prompted the need to scale back.

“We want to be good stewards of our members’ dues,” Burnham said, noting “they’re actually the ones who pay for the conference.”

Asked if she anticipated any further reductions — or cancelations, altogether — Burnham gave firm reply: “No. This is something that we believe in very strongly.”

In a state prone to adding make-up days at the end of the year, when snow days cause major disruptions, that leaves one obvious question: Why not move the one-day conference to a Friday?

“I think families have gotten used to the idea of having a little time off in October to do things with their children as well,” she said.

As for the rationale behind holding the conference during the school week, rather than over a weekend, Burnham says it’s an attempt to make the professional development opportunities more appealing to teachers.

“The tie is closer to the school week, so that people are willing to come and use their time for that,” she said.

Local school districts are not obligated to observe MEA, she added. Likewise, they also have the opportunity to hold their own professional development days, which she says happens as well.

Finding a district that chooses to break from the MEA norm, however, may require some digging. “I haven’t heard of any [districts that stay open],” Burnham said.

Despite its widespread adoption, the MEA conference maintains a relatively small footprint considering the fact that Minnesota has more than 57,000 licensed teachers and that Education Minnesota’s membership — which is primarily composed of active teachers and education support professionals — totaled nearly 90,000 last year.

In 2017, Education Minnesota estimates nearly 3,000 people attended. That number dropped to about 2,000, in 2018, when it changed to a one-day member-only event. And organizers expect at least that many to attend again this year.

Those counts include people who are currently working toward teacher licensure, who opt to pay $25 in annual “aspiring educator” membership dues.

Burnham recalls first attending MEA while she was studying to become a teacher at the University of Minnesota Duluth. She made the trip down to the cities to stock up on free classroom resources, provided by vendors, she says — and to network.

This year, she says, sessions focused on cultural competency, racial awareness and student mental health are generating the most interest.

Eddie Moore Jr., Ph.D., co-founder and director of The Privilege Institute and The White Privilege Conference, will deliver the keynote address.