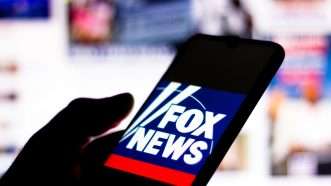 The Constitutional Case Against Retroactive Impeachment

From my Newsweek op-ed Friday:

The second impeachment of Donald Trump raises an important constitutional question that no court has yet addressed—whether the Constitution's impeachment provisions apply not just to sitting officials, but to former ones.

The Constitution provides that the impeachment process shall apply to "all civil Officers of the United States," suggesting that those subject to it must actually hold office. But the possible trial of Trump has generated a swirl of arguments to the contrary. Last week, more than 150 law professors signed a letter arguing that even private citizens who had once held office may be impeached and then tried by the Senate. Perhaps influenced by such academic authority, this week the Senate rejected by a 55-45 margin a resolution concluding that such a trial would be unconstitutional. The arguments in favor of impeaching former officials are weak—and those to the contrary is at least compelling enough to not deprive a private citizen of his right to a jury trial.

Supporters of after-office impeachment have attempted to point to historical precedents—but there are no such precedents. In the 230-year history of the U.S. Constitution, there have been zero impeachments or trials of former presidents, and only one of any former "civil officer"—145 years ago.

Historical practice can be a guide to understanding the Constitution, but the Supreme Court has held that it takes a lot more than an isolated historical episode to show that something is constitutionally acceptable. Moreover, there is no reason to ignore the glaring lack of impeachments of the countless former office holders who may have deserved it. Indeed, since government officials spend more time out of office than in it, if subsequent impeachment were constitutional, one would expect to see it more often than impeachment of sitting officials.

The primary argument in favor of using the impeachment process against former office holders is policy-based. Because the sanction of being barred from office can only be applied after a Senate conviction, an official could "undermine" the impeachment mechanism "simply by resigning one minute before the Senate's final conviction vote." Yet a last-minute resignation is far from an avoidance of accountability. Resignation removes the official, and does so more surely than a Senate trial. As can be seen in the case of Richard Nixon, it does little or nothing to remove the public stain of impeachment proceedings, which the Framers recognized was perhaps their greatest effect. Moreover, in the case of presidents, leaving office immediately opens them up to criminal prosecution.

While barring someone from office is one of the punishments available in impeachment, nothing suggests it is so essential, or the strategic resignation scenario so likely, that being able to pursue people when out of office is essential to the impeachment power. It would be like prosecuting dead people for crimes, and punishing their estates with fines, because otherwise people could "escape accountability" by committing suicide.

Conjuring up the exceedingly speculative case of an office holder who resigns from office "one minute" before a conviction only highlights how far-fetched the broader argument is. Even if concern about strategic resignation were valid, it would not mean that the Senate should be able to try people who did not resign to avoid responsibility. Trump left office not through any gamesmanship, but at the natural end of his term. It was the Senate, not Trump, that strategically choose to delay the start of the process until he left office.

Read the rest of the op-ed at this link.

The Constitutional Case Against Retroactive Impeachment