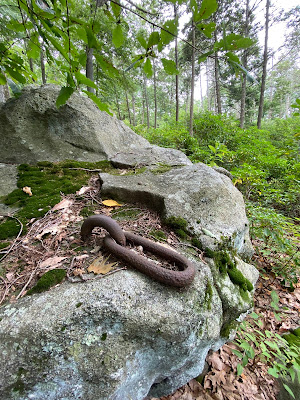 There is a belief that I can become free of what I am; that there’s some form of liberation available, that I can “be free,” and so on.

To be free is the shining light that starry-eyed I seek. They write songs about it. This should at once make us suspicious; but no — we sing along.

Every spiritual liberation practice relies on this snake oil to attract followers. In fact, it’s nothing like this; there is only the recognition of obligation. In the Christian sense, which is the deepest and most accurate sense, I can never become free of sin. Sin is not what makes me bad; it is what turns me back towards God. If I lost sin, I would lose the spurs with which the horse might be directed. I would lose the path that takes me through the wilderness.

I need my sin in order to humble me.

If I try to become “free” of it, I usually do this because I have a sense that I want the freedom. It has become part of my desire for myself, and already it’s tainted. I don’t see how I want to be special and how everything in me turns around this axis. In fact I will insist that’s not the case the moment I encounter this idea; my ego is a specialist in continually asserting that it’s not an ego and assuring me that it isn’t there. I’m too easily deluded by these protestations until I don’t even know I am deluded. I spout the ego’s party line even when I pretend to be objective.

I recognize obligation through the condition of sin.

If one understands this single phrase, it helps to realign priorities in a remarkable way. Yet understanding it takes many years of suffering. Suffering is another function that I need in order to grow from within. Attempting to become free of it mistakes the very nature of suffering itself, and furthermore mistakes the need for my engagement with it. Some branches of esoteric Buddhism rightly recognize this issue; Christianity certainly does, having centralized it in the symbol of Christ on the cross. Yet by and large, even within these practices, the naïve believe that there is some safe place we can go. When Christ said “the foxes have holes, and the birds of the air have nests; but the son of man hath not where to lay his head,” this is what He meant to indicate.

Devoted followers of Gurdjieff’s practice will no doubt by now be thinking of Jeanne de Salzmann’s numerous adages about freedom. Remarks about it are peppered through her personal notes.

Perhaps I will provoke feelings of rejection and anger in devotees when I tell them that there was something she perhaps misunderstood here. Of course, she didn’t understand everything; when she was asked by others to help them, she remarked that she would, “as far as I can.” We understand from this that she had, as Dr. Welch once said of her to awestruck disciples in the kitchen at Armonk, to “put her pants on one leg at a time like everyone else.”

She didn’t know everything. She got some things wrong. Though I owe her an enormous personal psychic debt that can never be repaid, I do repay in small part when I help to expound the Dharma within my own limited context.

When JDS used the word freedom, I believe she meant it within a context that may be understood. We cannot hold it up as a shining light we go toward with the promise of salvation.

Freedom, in the context she used the word, is only freedom from the laws that enslave us — in order that we can come under other laws that do not treat us as slaves, but, rather, subjects. (For the record, I don’t think she actually misunderstood any of this. What she misunderstood was how eagerly people would read her notes and then misunderstand her.)

A subject is different than a slave. We are slaves to the mechanical; but we can become subjects of the Lord. A subject recognizes their obligation and their duty and discharges it. A slave mindlessly follows the directions that are given to him or her. This is the essential difference between slavery and obedience. A slave must be told what to do; an obedient servant knows what to do. One might note that even God Himself is not free of the taint of slavery: the organ kundabuffer enslaved mankind, and the situation is quite exactly described in Beelzebub’s Tales to his Grandson as such.

A sobering recognition. Even the Devil himself is in God, who contains all things. The philosophical metaphysical struggle with this inherently factual contradiction is eternal.

The word slave, of course, is a loaded gun in today’s world; yet the word is here with us, and it must be dealt with. In the world of sin and salvation, slaves belong to the devil — the mechanistic, godless forces that crush the actions of life in order to extract the goodness and feed on them for their own benefit. Servants belong to those who intentionally turn towards goodness in order to help it, for the benefit of others. In this way we understand the difference between slaves, who have been enslaved not by God but the devil and themselves; and servants, who voluntarily undertake their obligations towards God. Slavery is involuntary and imposed; this is in the nature of the devil, and sin itself, which enslave us against our conscious will, and force us to what takes place. Service is voluntary and chosen; it is a way of adopting obligation in an active and intelligent form so that I serve what is right and good, not my own sin.

My own sin is perpetually attempting to enslave me; and indeed, it has one of my feet firmly in hand as it tries to pull me into its grave. If I don’t plant the other foot firmly on the ground, if I don’t remember where I am, I will slip. An awareness of my sin helps me keep my balance; and it reminds me of where I am.

Ponder that for a while.

May you be well within today. 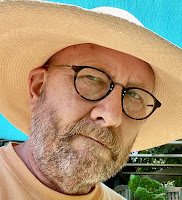 Lee van Laer is a Senior Editor at Parabola Magazine.