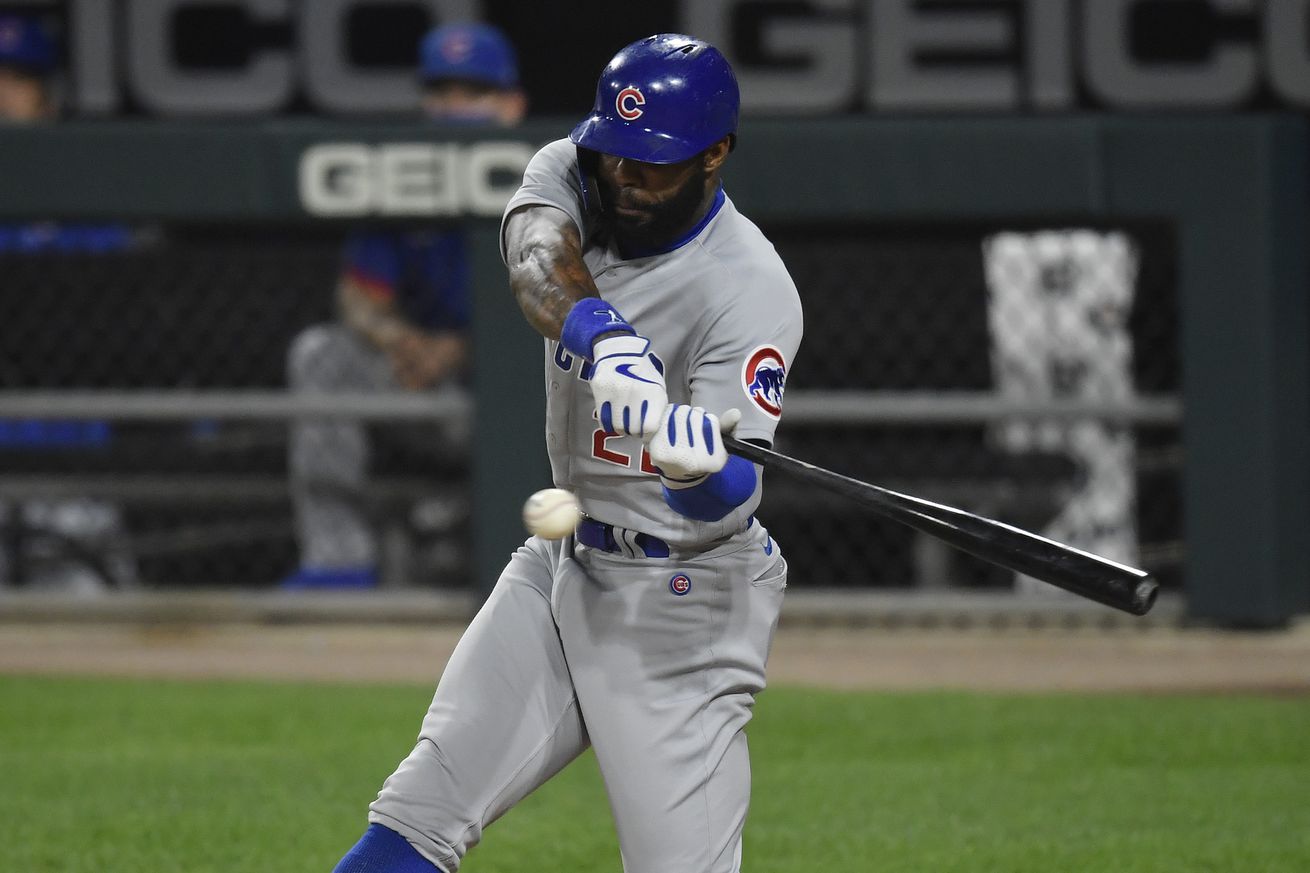 12 Days of Cubsmas: Six players with WAR over 1

The Cubs got some solid performances in 2020

Normally a WAR (as in most of my pieces, all WAR references are to Fangraph’s calculation) greater than 1.0 wouldn’t be a huge thing to celebrate for some of the names on this list, but this was 2020 so all of these numbers pro-rate to a season WAR of 2.7 times their 2020 total.

Obviously this isn’t a perfect exercise. Players have uneven WAR splits across a single season all the time. For example, in 2018 when Javier Báez put himself in the NL MVP conversation his front have was loaded and he tailed off a bit in the back end of the season. I don’t have perfect season splits for his WAR division, but I wrote this article on August 8 when Javy had 4.4 WAR with almost a third of the season left. At that moment he was on pace for a 6.2 WAR season, yet he finished with a 5.3 WAR season. Still outstanding, just not exactly on pace.

All of that is a really complicated way of saying for the 2020 season having at least 1 WAR over 60 (ish) games played seemed like a pretty good cutoff for determining who the Cubs tops contributors were in 2020. I’ll cover them in order:

The now former Chicago Cub was the most valuable player on the team by a wide margin. His 3.0 WAR in 2020 would rank fifth in his eight-year MLB career all on its own with no pro-rating. With pro-rating it projects to 8.1 WAR — far and away his best season since coming over from Japan. If you felt like you were watching something special every fifth day when Yu took the mound for the Cubs, it’s because you were, as you can see from this September outing against the Cardinals where Darvish allowed one hit while striking out 11 over seven innings [VIDEO].

It is worth remembering that the Cubs do still have an ace — his name is Kyle Hendricks and all he does is get guys out every fifth day. While his 2020 wasn’t quite as spectacular as Darvish’s, his 1.9 WAR over 12 starts would have translated to 5.1 WAR over a full season. That would have been Kyle’s best season in MLB, just edging out his 2016 campaign where he finished third in Cy Young voting behind teammate Jon Lester and Max Scherzer. He got the ball on Opening Day and turned in his best performance of the season with a complete-game shutout where he struck out nine batters [VIDEO].

While there were a lot of players who had disappointing campaigns in 2020 (including one of the guys on this list) Ian Happ was not one of them. After spending most of 2019 in AAA to retool a swing that had way too much swing and miss, Happ came back ready to prove something. He cooled off towards the end of the season, but managed to put together a .258/.361/.505 slash line and his 1.9 WAR was higher than any season he’s played to date (complete or partial). Let’s take a look back at his two-homer game against the Reds at the end of August [VIDEO].

It is no secret that Jason Heyward struggled in the early years of his eight year deal with the Cubs, but he’s quietly turned it around the last couple of seasons and in 2020 he took his offensive game back to the level the Cubs thought they were getting when they offered him the original deal. His 1.8 WAR translates to 4.9 over the course of an entire season and would rank as his third best season in the majors. He hit two home runs against the Reds in August but I thought you’d all like to relive the moment he took Josh Hader deep for a go-ahead home run in the ninth inning in Milwaukee [VIDEO].

The Cubs’ two-time starting All-Star catcher took a huge step forward in 2020 even if the 2021 projections don’t appreciate it (note to self: write a piece on why the projections cannot find it in themselves to appreciate Willson Contreras). Incredibly, the offense first catcher’s hitting numbers actually took a step back in 2020. He slashed .243/.356/.407 compared to a .265/.351/.463 career baseline yet still managed to piece together a season that would have resulted in a career-best 4.3 WAR campaign over 162 games. How did he manage that? A massive improvement in framing. Framing doesn’t make for sexy highlight reels the same way dingers do, but you can go back to Kyle Hendricks’ Opening Day gem highlights if you’d like to see Willson’s improvements there for yourself. For purposes of honoring Willson via video I thought we could look at one of his best games at the plate in 2020 — a September contest where he went 3-4 against the Cardinals and drove in all of the Cubs runs [VIDEO].

Every year I get the opportunity to do a couple of preview podcasts and our own BCB roundtable and every year I note that we do not appreciate Anthony Rizzo enough. I say that knowing full well that the heart of this Cubs team is beloved by fans. He also just quietly hits over .270 with close to 30 home runs and 100 RBIs like clockwork. Well, he didn’t reach those marks in an abbreviated 2020 season (the 11 HR were on pace but the .222 batting average and 24 RBIs were not) however he still pieced together a season that landed him on this list. His 1.1 WAR in 58 games in 2020 nets out to a 3.0 campaign for the Cubs first baseman. Not quite the 4+ WAR seasons we are used to from Rizzo, but still a solid showing. His best game of the 2020 season came against NL Cy Young winner Trevor Bauer as he hit two home runs to help the Cubs beat the Reds on August 29 [VIDEO].

On the sixth Day of Cubsmas my true love gave to me: six Cubs players with WAR over 1, five strike outs in an Alec Mills no-hitter, a four game delay in the season due to COVID-19, a three game lead to win the division in 2020, two first round draft picks non-tendered and one World Series ring in the Theo Epstein Era.

12 Days of Cubsmas: Six players with WAR over 1