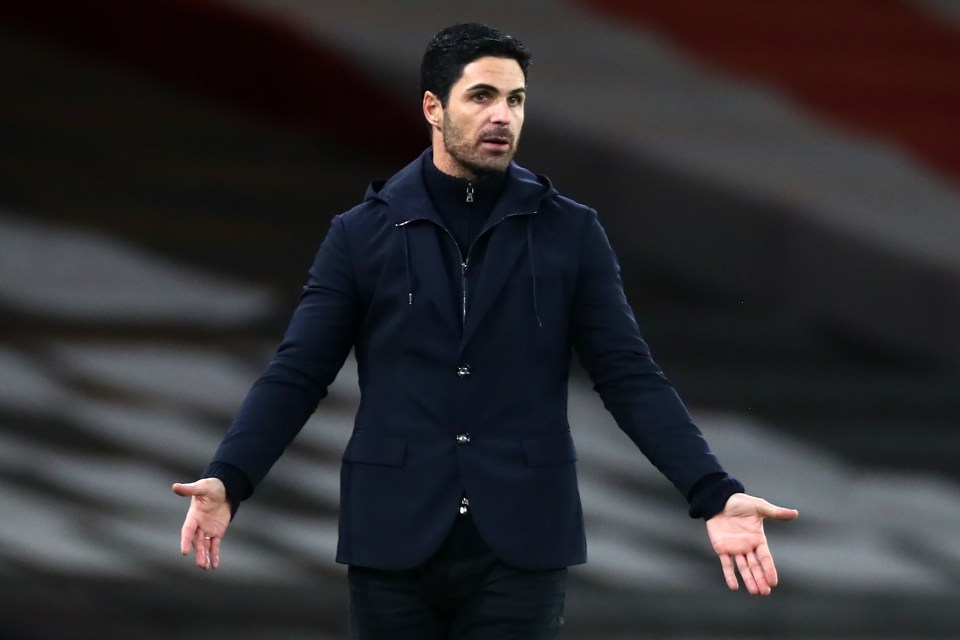 Arsenal fan wants Mikel Arteta sacked and Benitez as manager – ‘Rafa will keep us in the league, I’d bite your hand off for 17th!’

It’s time for Arsenal to make a change in the dugout.

At least that’s what Simon the Gooner wants, phoning talkSPORT’s Sports Bar on Wednesday night to call for the sacking of Mikel Arteta – and name his ideal managerial replacement.

Simon’s call came just hours after Arsenal’s winless run was extended as they only managed a home draw with Southampton, fighting back from a goal down after former player Theo Walcott struck for Saints.

The Gunners are all the way down in 15th in the Premier League table, only five points clear of the bottom three and without a victory in the top-flight since winning at Manchester United on November 1.

Calls for Arteta to go are becoming louder and more frequent with every passing match, and Simon the Gooner has been ‘#ArtetaOut’ for quite a while now – in fact, he branded the Spaniard a ‘fraud’ on talkSPORT just a few days after that defeat of the Red Devils last month!

And he is refusing to back down over his view that Arteta has to go, preferably as soon as possible.

“Oh, without a doubt,” replied Simon when asked by Sports Bar host Andy Goldstein if he wants Arteta out.

But who does he want to become Arsenal’s new manager?

“Rafa Benitez would keep us in the league,” he added. “Of course it’s about survival! Look at where we are in the league!

Goldstein was not convinced by Simon’s relegation fears, however – even though his co-host Jason Cundy believes going down is a possibility, despite saying Arsenal ‘probably’ won’t be exiting the Premier League.

“That’s crazy… they are not going to go down,” said Andy. “There is no ‘probably’ about it, Arsenal will NOT be going down!

“They can see the edge of the cliff and they are nowhere near it. They won’t go down.”

Arteta is not having a good time of it and in just over a year in charge of the club he once played for, he has a win rate of 39 per cent in the Premier League.

Arsenal fan wants Mikel Arteta sacked and Benitez as manager – ‘Rafa will keep us in the league, I’d bite your hand off for 17th!’