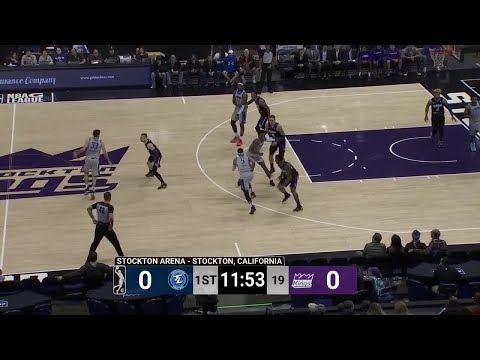 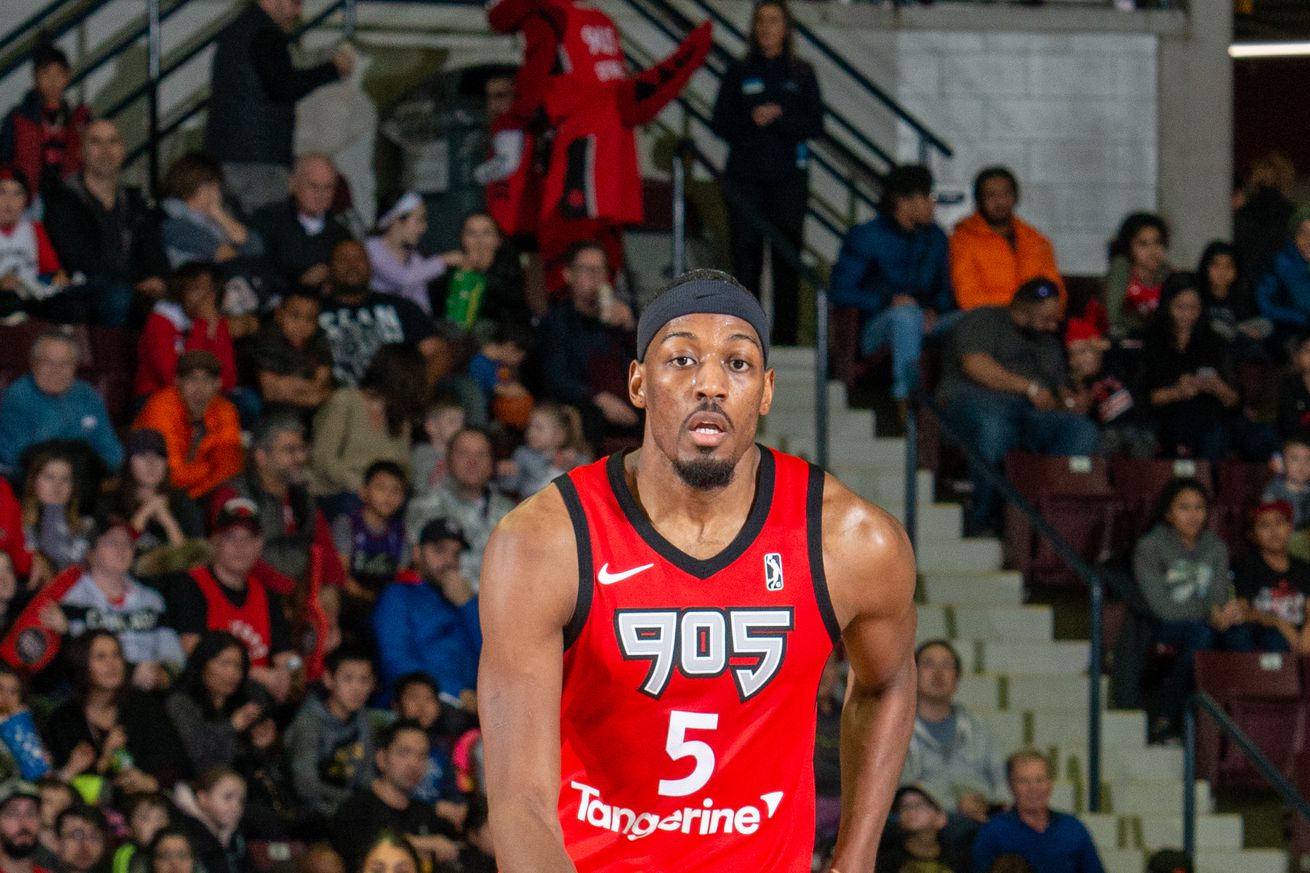 After a year that featured Shareef Abdur-Rahim getting named as G League president, Chris Boucher becoming MVP, the Rio Grande Valley Vlipers winning the G League title, and the re-re-introduction of the Erie BayHawks, 2019 came to a close earlier this week. While the switch to 2020 represents a brand new decade for all, it also symbolizes a potential opportunity for players throughout the G League. That newfound hope comes courtesy of all 30 NBA teams being able to sign players to 10-day deals on January 5th.

Since the introduction of two-way contracts back in the 2017-18 season, the opportunities for G Leaguers to receive 10-day deals have dried up. There’s a correlation between the two scenarios as NBA teams have less need to bring in a new player on a 10-day deal to give them additional depth if they already have a two-way player within their organization that’s already with the system. In the cases that the teams do look to sign a player to that type of contract, they could look for an experienced player that they can easily slide into their rotation.

While the opportunities may be more limited than ever, it’s still a good idea to talk about some standout G Leaguers that could potentially help out an NBA team in 2020 or beyond. Although there are numerous players that deserve to be talked about, elite G League shooters are the one group that NBA teams could be taking the deepest look at. Just over the last few years, we’ve seen G League alums like Seth Curry, Danuel House, and Damion Lee use their shooting skills to stay in the NBA after getting called up.

Although there’s no guarantee that anyone in the league will be the 2020 version of Seth Curry, there are five G Leaguers in particular that have used perimeter shooting to stand out as some of the best players in the minor leagues. Each of these players have showcased an ability during their time in the G League to consistently nail perimeter jumpers whether they’re working off the dribble and/or catch-and-shoot. That strength combined with other individual factors have allowed these players to stand out.

During the initial few weeks of the current season, the site posted an extensive piece breaking down how Dakota Mathias was able to excel for the Texas Legends. Since that article was written, the Purdue alum’s production has actually improved. In the last 10 games, he has averaged 20 points, 4 rebounds and 3 assists on 46% from the field and 43% from beyond the arc on 9.1 attempts per game.

That hot stretch has been headlined by his amazing perimeter shooting as he’s been a lethal threat no matter if he’s rolling around screens, standing in a singular area waiting for a pass or working off-the-dribble. Him being able to be effective in all of those areas allows Mathias to be an intriguing candidate for an NBA team to put in their 2nd unit.

Dating back to his time with the University of Arkansas, Dusty Hannahs and perimeter shooting have been as good of a combination as mixing peanut butter with jelly. That analogy was further solidified during his first two years with the Hustle where he shot 43% on a total of 384 perimeter shots. His fantastic knack from beyond the arc allowed the 6’3 guard to receive a 10-day deal by the Memphis Grizzlies during the later stages of the 2018-19 season.

One year later, Hannahs has made huge strides in his overall offensive game. That progression has allowed him to currently average 20.8 points, 2.3 assists and 2.1 rebounds on 47% from the field and 46% from beyond the arc on 7 attempts per game. In addition to being the most efficient he’s ever been from beyond the arc, the 6’3 guard has also improved as an on-ball driver through the use of floaters and being able to finish at the rim with his left hand.

An improved perimeter jumper mixed with progressions as an on-ball driver gives Hannahs a good shot to make a return to the NBA.

Although Mathias and Hannahs have been fantastic perimeter shooters dating back to their time in college, former Fresno State wing Paul Watson hasn’t maintained that label. It isn’t for a lack of trying as the 6’6 wing had a three-point shot in his arsenal during his first two years with the Westchester Knicks. Just last year, he put up 8.2 points and 4.8 rebounds while shooting 44% from the field and 34% from 3 on 3 attempts per game. While that isn’t an awful three-point percentage, it makes sense why people really didn’t picture him as much of a perimeter threat.

However, that thought has taken a 180 degree shift since the end of the 2018-19 season. Now with the Raptors 905, Watson has vaulted himself towards being one of the best wings in the G League. That status is seen by how he’s averaging 18.8 points, 7.2 rebounds and 1.3 assists on 53% from the field and 47% from beyond the arc on 7.4 attempts per game. Although he missed six games in late November/early December due to a calf injury, that efficiency shouldn’t be an example of small sample size as he’s been fantastic in most of the 12 games he’s played.

Combined with his fantastic perimeter shooting, the 6’6 Watson is a strong wing that can use his 210 pound frame to be able to finish at the rim through contact. That ability has allowed him to shoot 71% from the restricted area on 46 total attempts.

In any other year, the progression of the aforementioned Paul Watson would allow him to be the favorite to win Most Improved Player of the Year. However, the 2019-20 G League season happens to feature Gabe Vincent, who has taken a complete 180 degree turn compared to his play during his rookie year in 2018-19. As we described in a piece from November, Vincent was an inefficient part of a solid Stockton Kings team that finished the regular season with a 30-20 record.

At the same time that the 12-7 Kings have retained their status as a great G League team, Vincent has improved to the point where he stands as a legit MVP candidate. In 18 games, he’s averaging 24 points, 4.1 rebounds, 2.2 assists and 1.3 steals on 47% from the field and 42% from beyond the arc on 10.6 attempts per game. A lot of those made jumpers have come off-the-dribble shots that were launched well behind the three-point line.

While he may be undersized as a 6’3 shooting guard, Vincent has been able to make up for it by being automatic from beyond the arc and being able to use a quick first step to drive to the rim.

While the prior four players on this list have put up huge numbers during the first two months of the season, we take a detour with Jacobi Boykins. That isn’t meant to discredit the 6’6 wing as he’s been one of the lone positive parts of a Rio Grande Valley Vipers team that has started the year at 6-16. A lot of that positivity has come from his work from beyond the arc as he’s been able to shine as one of the best perimeter weapons in the G League.

In a similar way to the aforementioned Dakota Mathias, our subject has been able to make three’s no matter if he’s rolling off a screen before receiving a pass, simple catch-and-shoot or even working off-the-dribble. If a defender is able to close out, the wing can use a quick first step to move past the opposition and take the ball to the rim to finish with his right hand.

Although he hasn’t been the leader of RGV’s offense, Boykins’ ability to come into the game and consistently knock down perimeter jumpers definitely gives him upside as a candidate to get a 10-day deal.