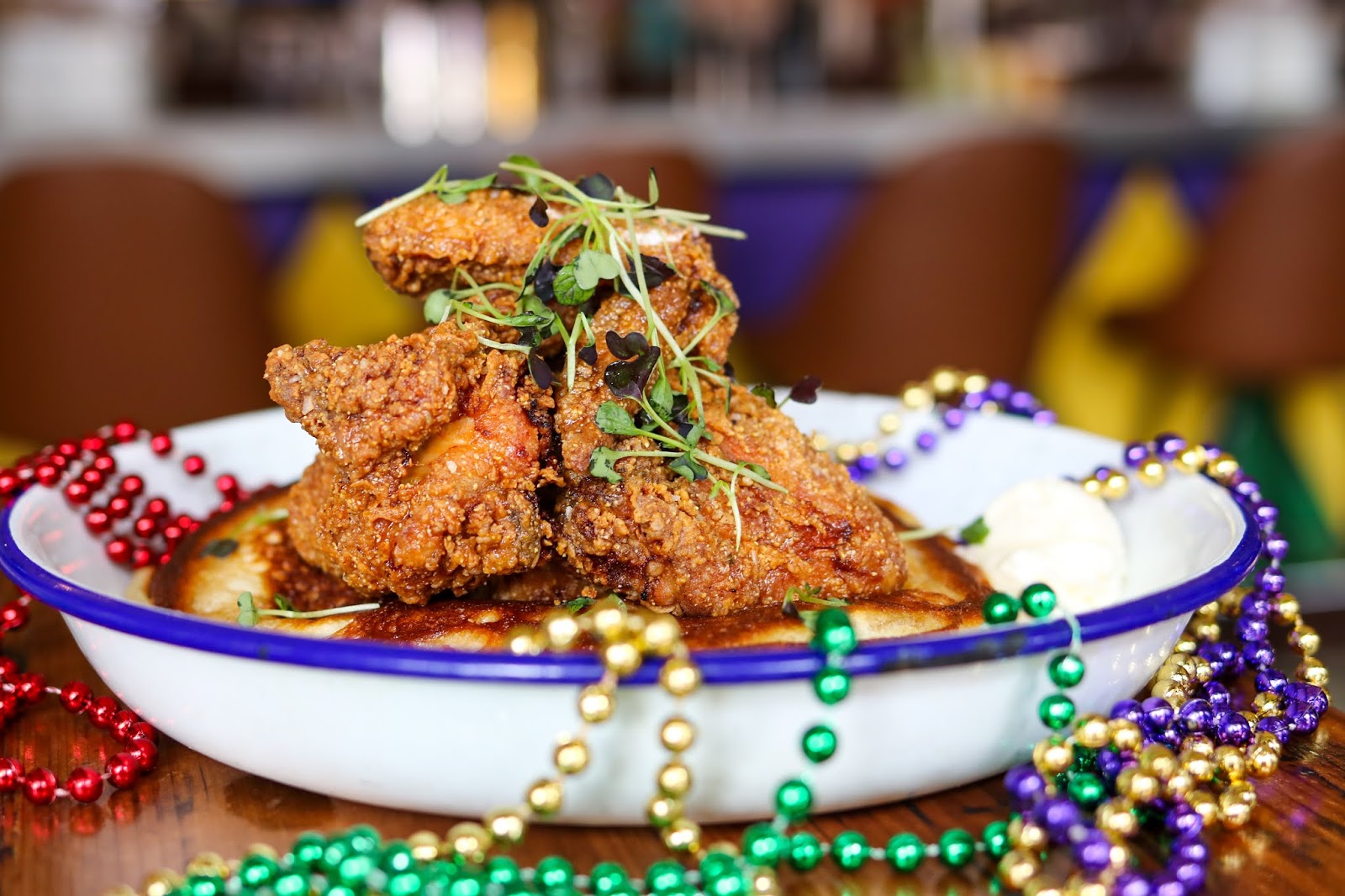 As soon as I stopped by Ina Mae Tavern for the first time shortly after it opened in 2018, I knew it was going to become one of my favorite neighborhood spots. There was something about the combination of the fantastic food and homey atmosphere that really spoke to me. I had visited New Orleans for the first time only a few months before and had one of the best food experiences of my life - the moment I walked into Ina Mae, I felt like I had been transported back to the magic. Fast forward to a year and a half later, I've been back numerous times for brunch, dinner, live music, game nights, and most recently, for one of the best Mardi Gras celebrations you'll find in Chicago!

Named for Chef Brian Jupiter's (of Frontier) great-grandmother, Ina Mae is a tribute to New Orleans soul food with a blend of French, Caribbean, Spanish, and African flavors. The menu is inspired by the dishes of Jupiter's childhood and the strong southern women who ran his big family. You'll even see some of their own recipes dotted throughout the menu, like the gumbo and the fried chicken. Along with his family favorites, the menu also boasts New Orleans staples such as po-boys, chargrilled oysters, jambalaya, seafood by the pound, and the always popular frozen Sno-Balls. 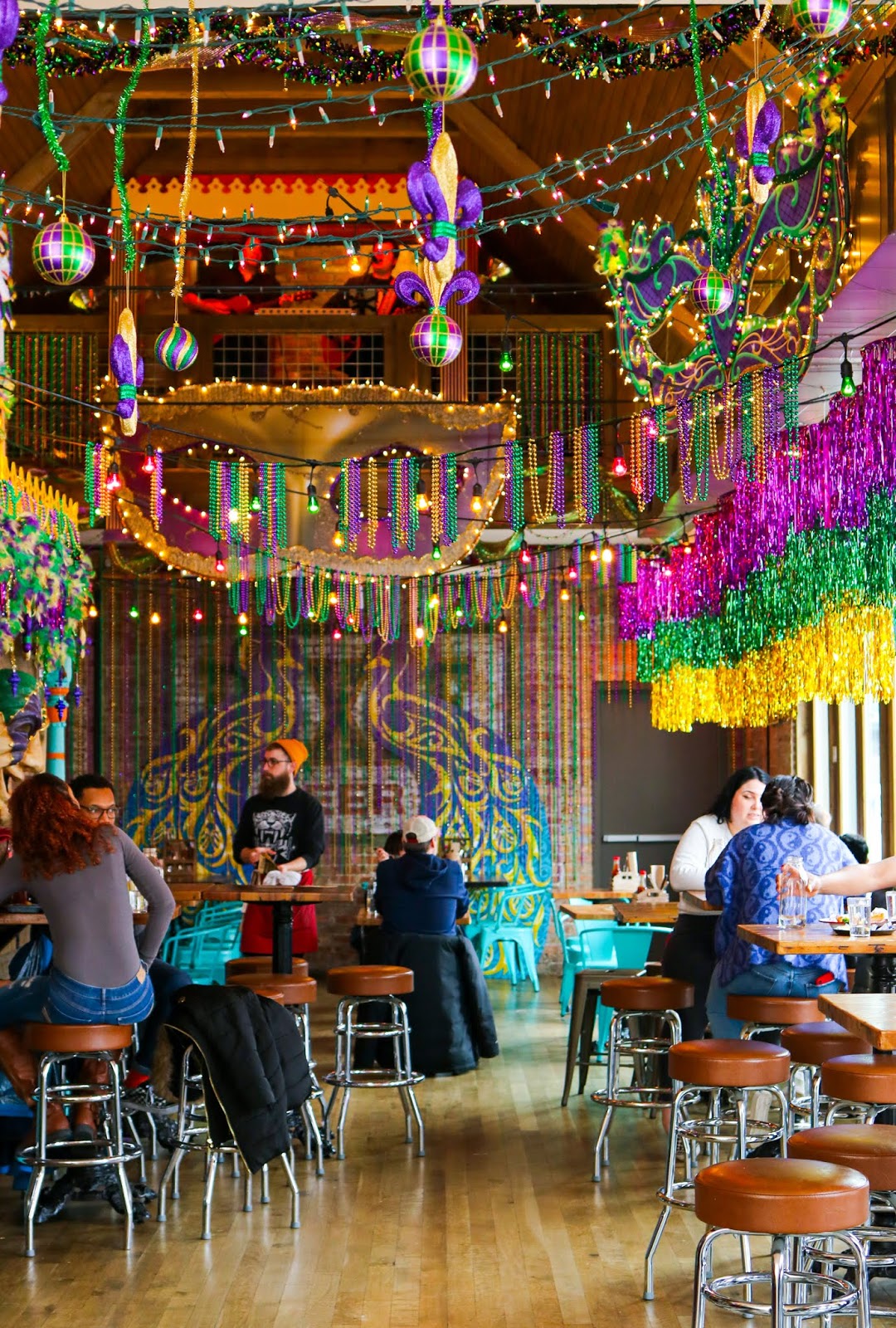 Through February, the restaurant is featuring a Mardi Gras pop up, which includes live music, food specials, and an Absinthe lounge (available every Thursday-Saturday). 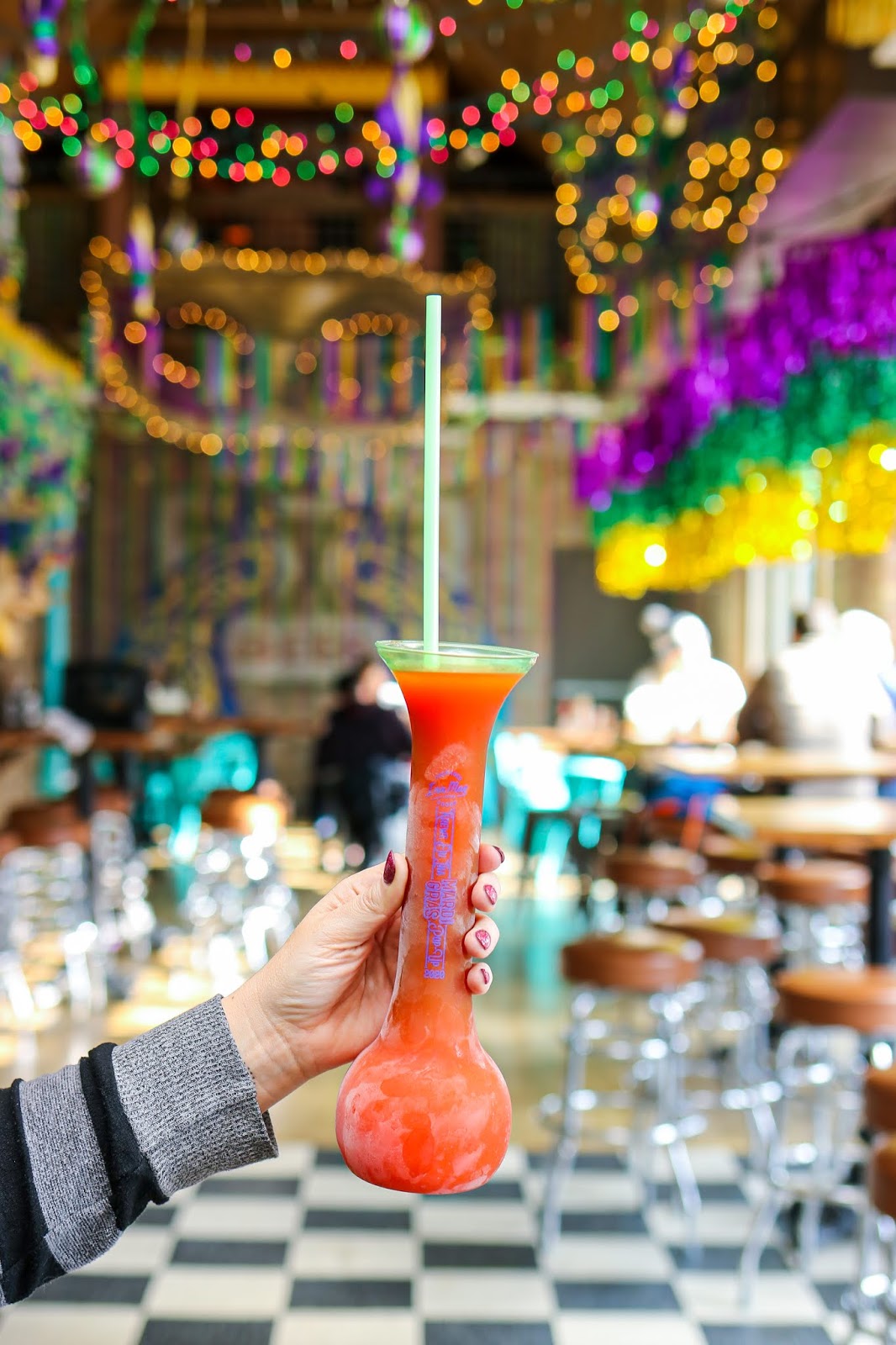 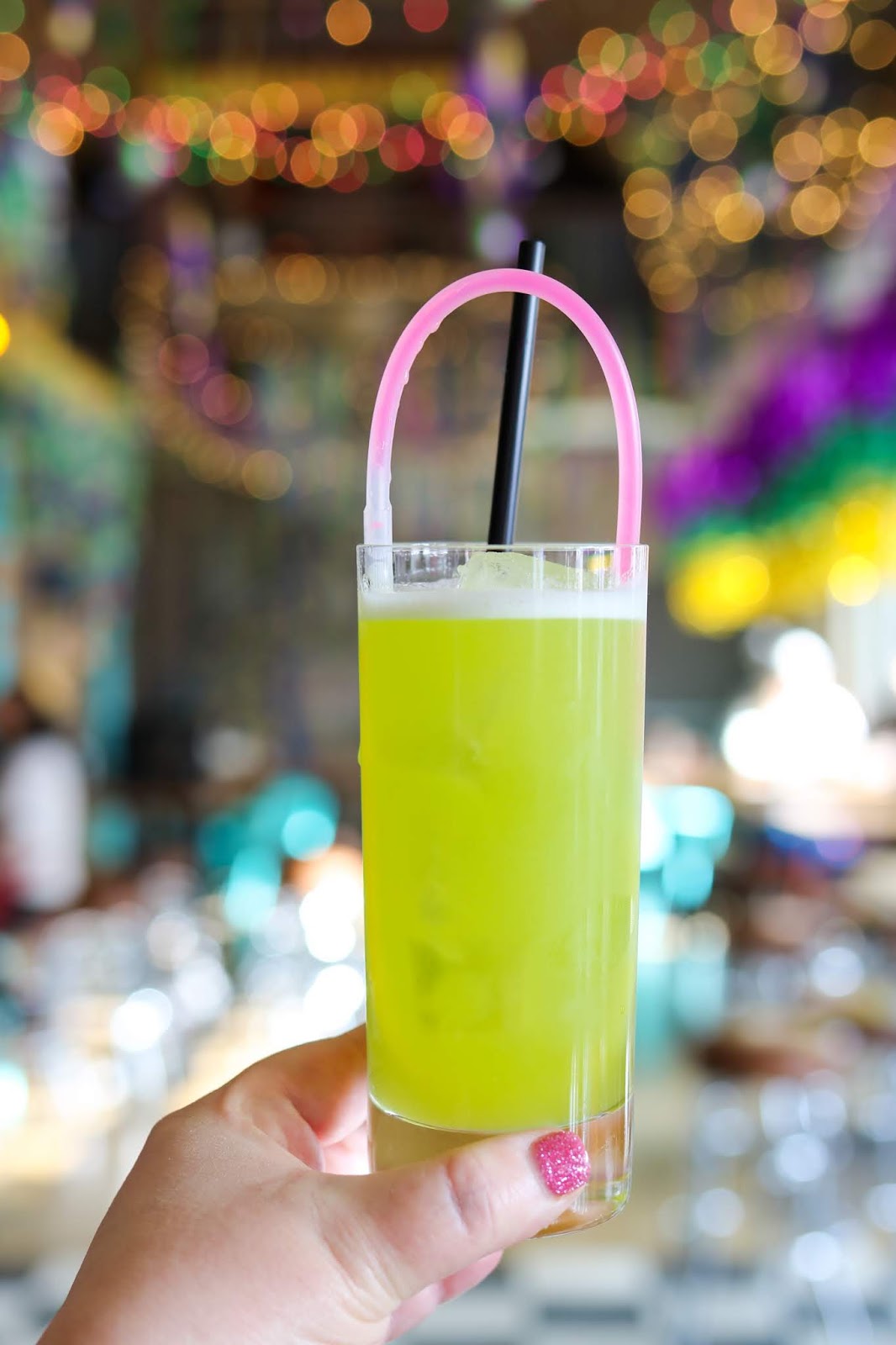 Their cocktail program features a host of creative vintage cocktails; if you're ordering from the regular menu, the Papa Doble, a clean and refreshing daiquiri made with Cruzan white rum, fresh grapefruit and lime, rhum agricolem, and maraschino liqueur is most definitely a must-try! If you swing by before the end of the month, you have to check out the special Krewe Du Ina cocktail menu featuring five frozen daiquiris, absinthe cocktails and, of course, Hurricanes. 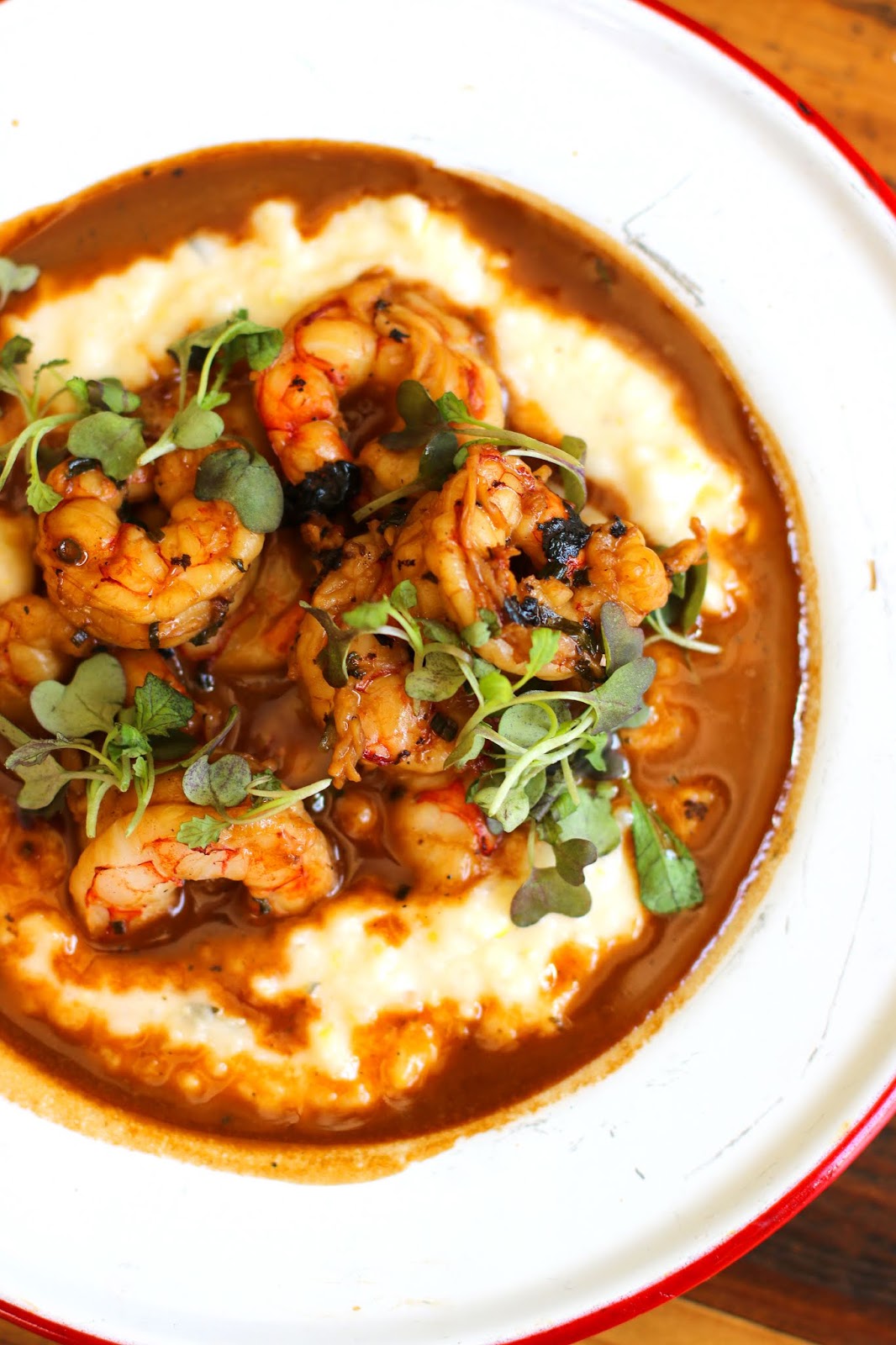 BBQ Shrimp & Grits with Parmesan cheese, corn, and scallions. Hands-down, this is my favorite version of shrimp & grits in Chicago! As I've mentioned in the past, it's not always easy to find good shrimp & grits in the Midwest. So many of them are pasty, watery, or don't have much texture. These are so nicely done and remind me of the life-changing BBQ shrimp I had at Willa Jean in NOLA. 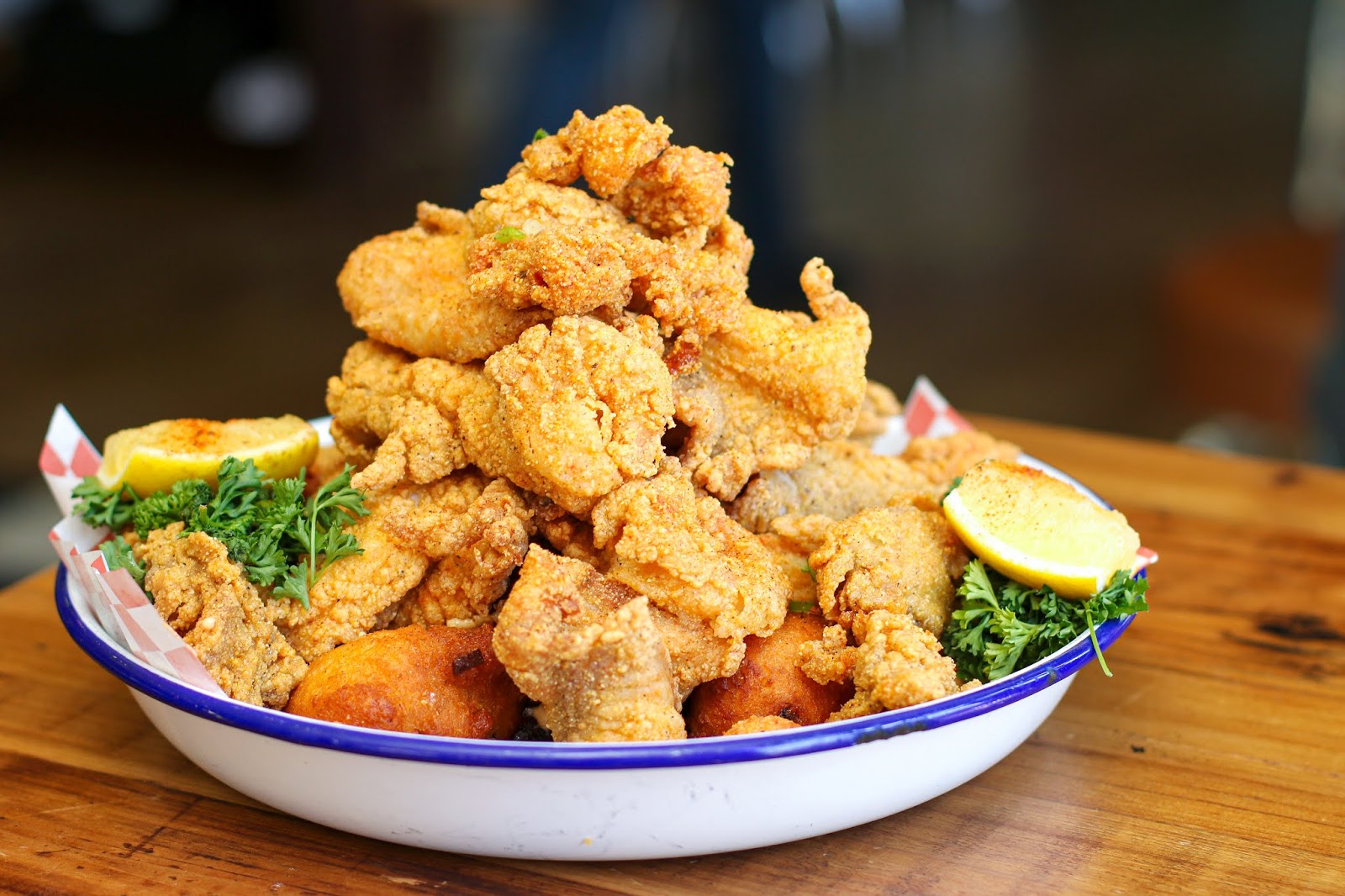 Po' Man's Seafood Tower: shrimp, oysters, crawfish, catfish, hushpuppies, and crispy potatoes. The first time I saw this, I had no idea how we were going to finish it, but an hour later, a few daiquiris, and a good fourth of a bottle of Chef Jup's addictive housemade hot sauce, the bowl was just about empty and we were all full of fried food goodness! 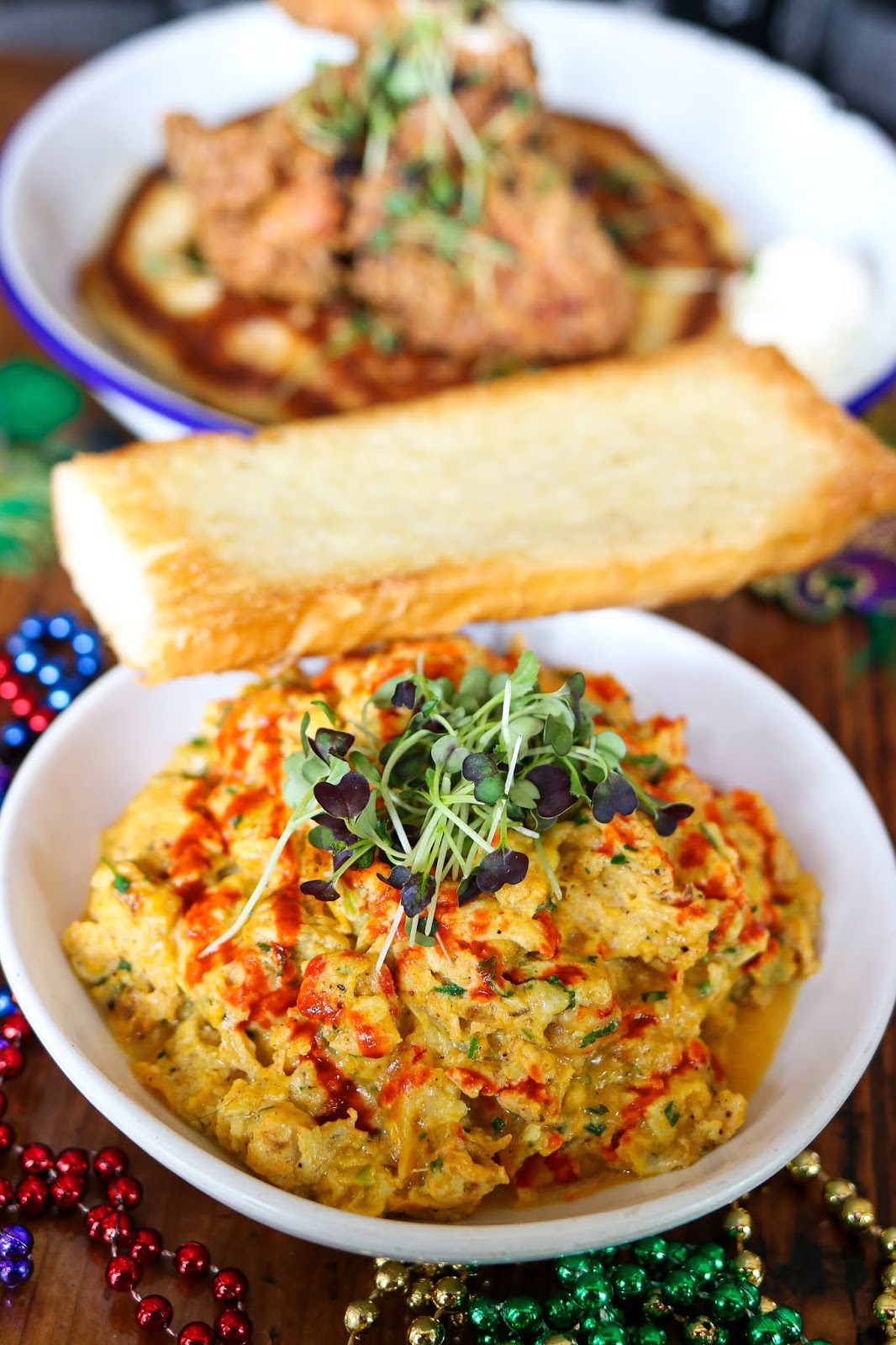 Crawfish Scrambled Eggs with holy trinity, hot sauce, cheddar, and toast. I'm usually not one to order scrambled eggs (as I can easily make them myself), but I will never turn down Ina Mae's version! The eggs are perfectly moist, cheesy, and fluffy and topped with a generous amount of meaty crawfish. 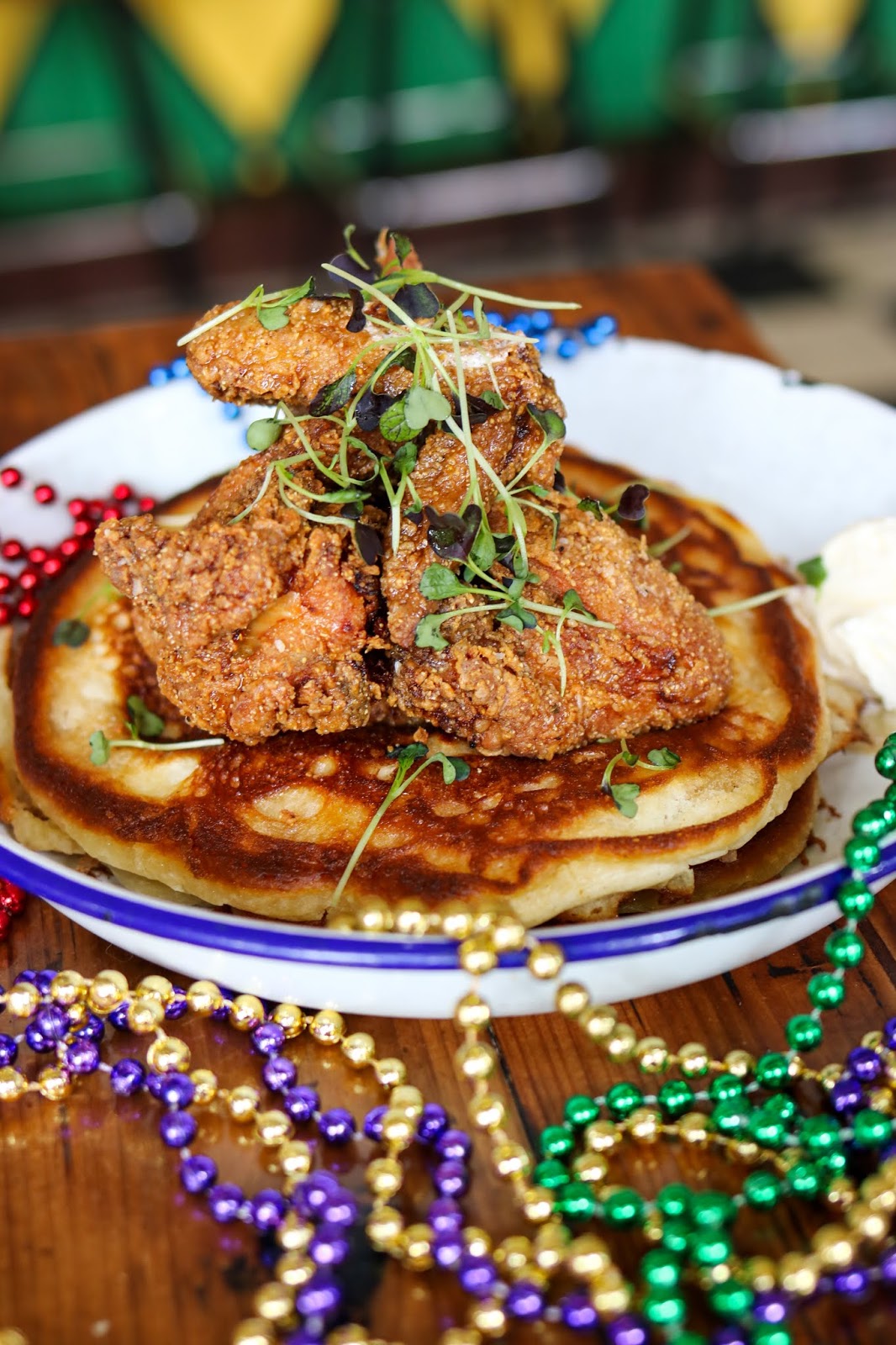 Mae's Fried Chicken & Pancakes: salted praline pancakes with crispy chicken wings and hot maple syrup. While I've been a fan of Chef Jup's buttermilk brined fried chicken since my inaugural visit, it wasn't until my most recent brunch a few weeks ago that I tried the chicken and pancakes... OMG. This is 100% my new favorite dish on their menu thanks to the flavor bomb of savory fried chicken and the sweet and nutty pancakes. Chicken & waffles has long been one of my all-time favorite brunch dishes, but this version has officially taken over its spot! 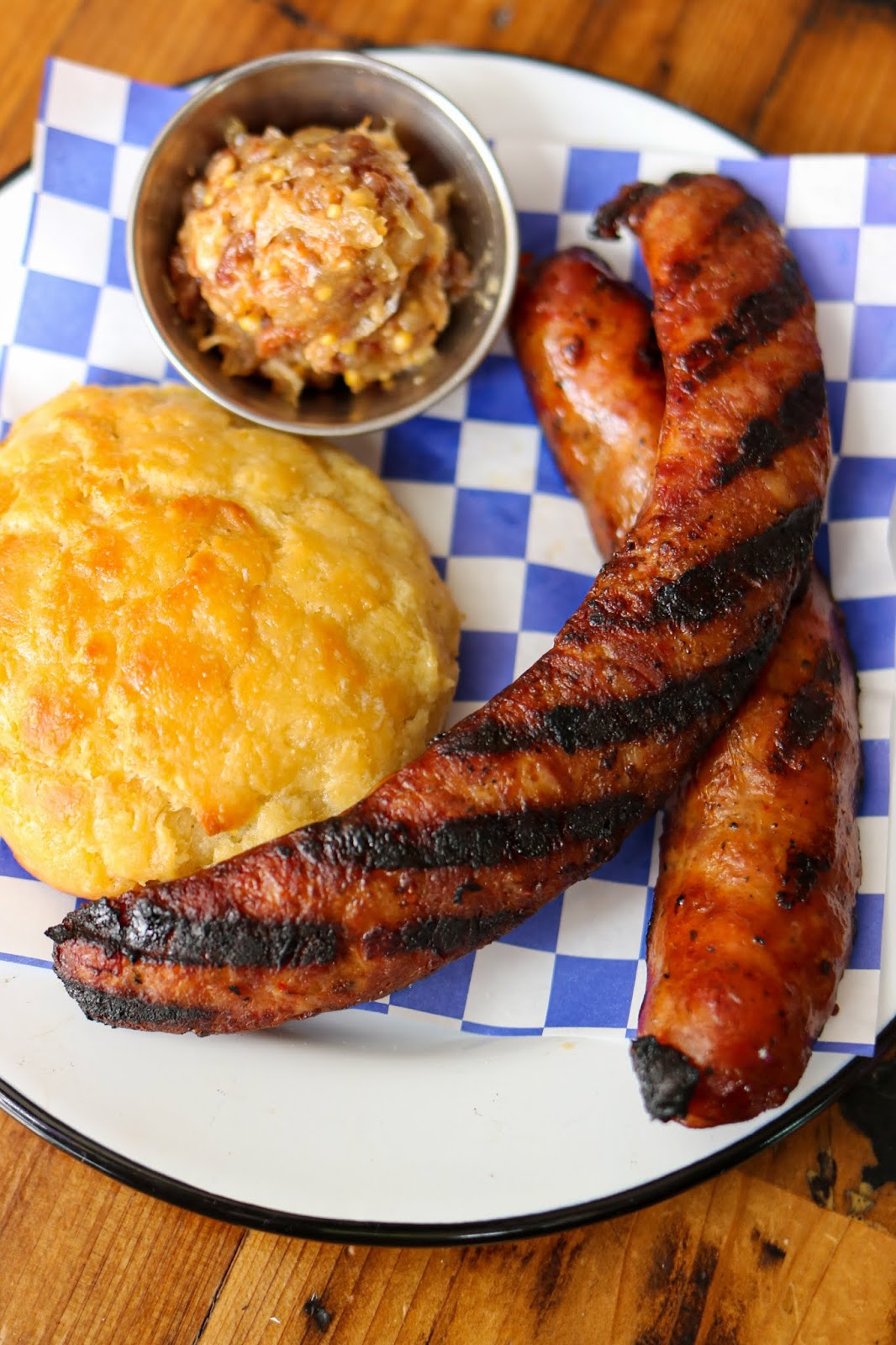 Gator Sausage and Drop Buttermilk Biscuits. If you've never tried gator sausage before, Ina Mae's is a great place to do so as it's particularly well done (and fairly non-threatening looking for those of you who may be freaked out by the idea!). Don't forget to pair it with their light and fluffy biscuits with bacon jam. 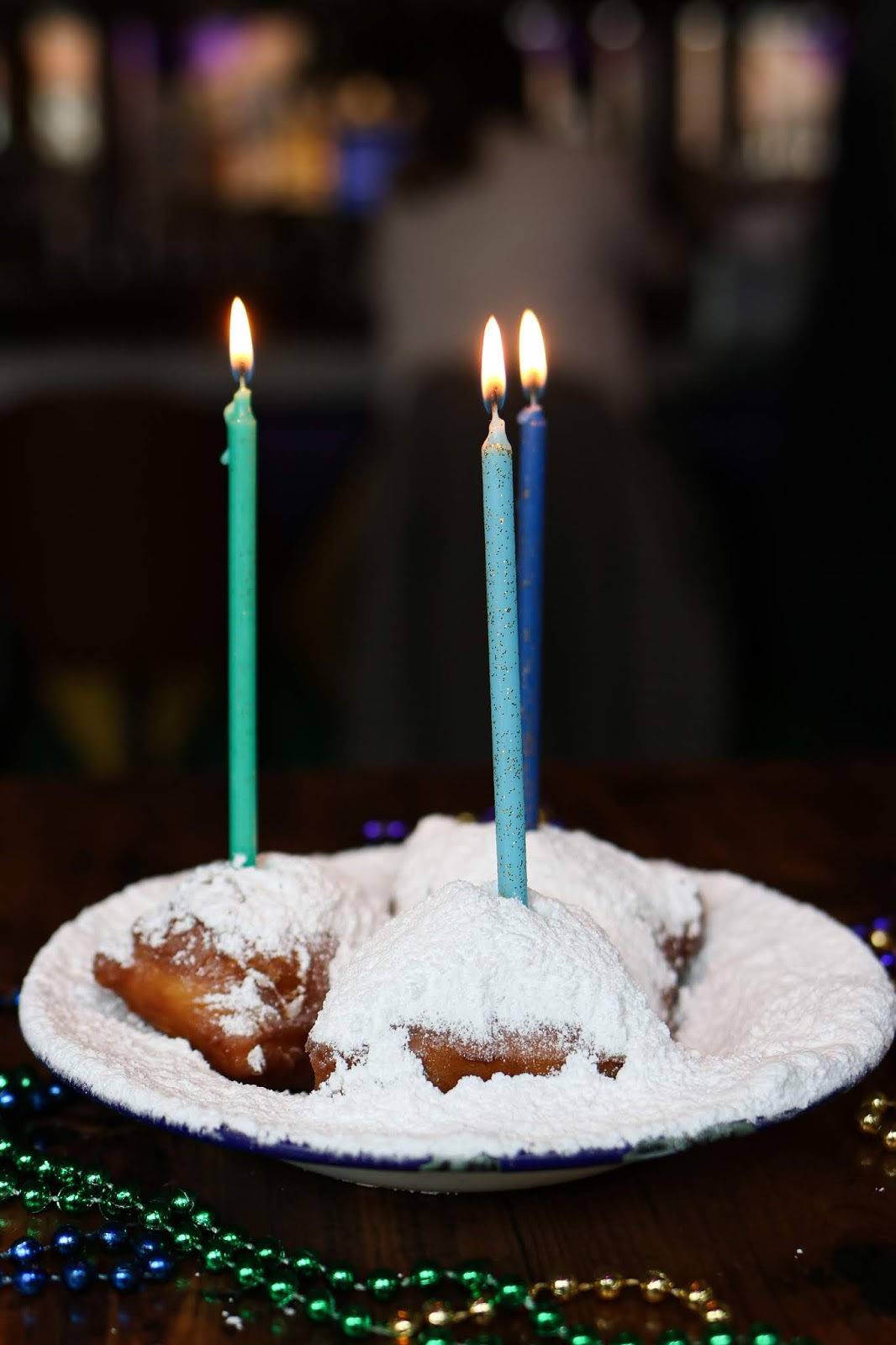 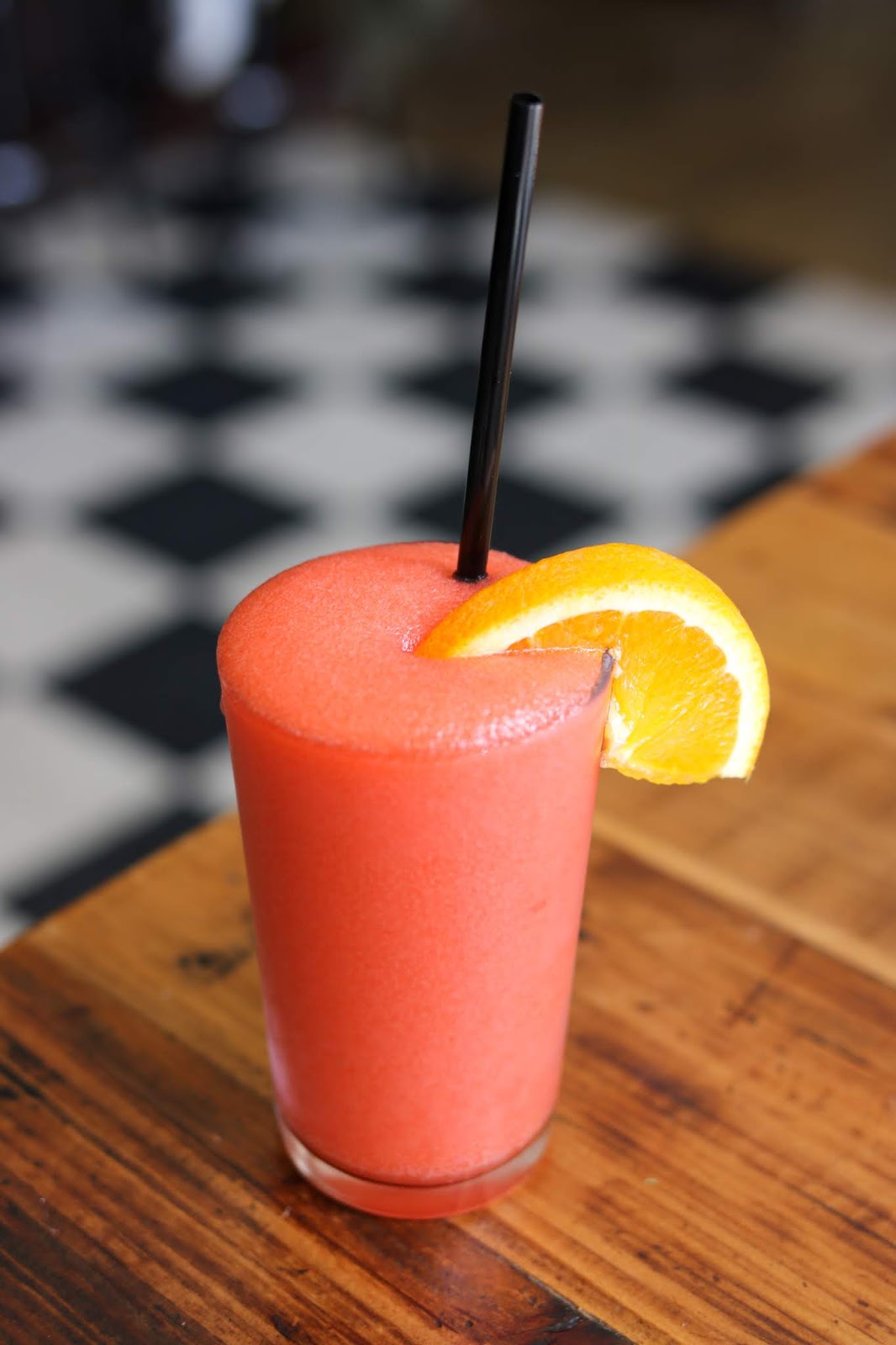 Beignets and Boozy Slushies. You can't leave without dessert - the powdered-sugar-laden beignets and boozy slushie of the day are definitely the way to go (Sno-Balls will return in the spring!).

If you're looking for a homey and fun spot with some seriously tasty food that will take you right back to NOLA, Ina Mae definitely should be on your list! You can try all of this deliciousness and more at Ina Mae Tavern: 1415 N Wood St., Chicago, IL.

Disclosure: I received a complimentary meal to facilitate this post. Review and all opinions are my own.
Source: chicagofoodiegirl.com