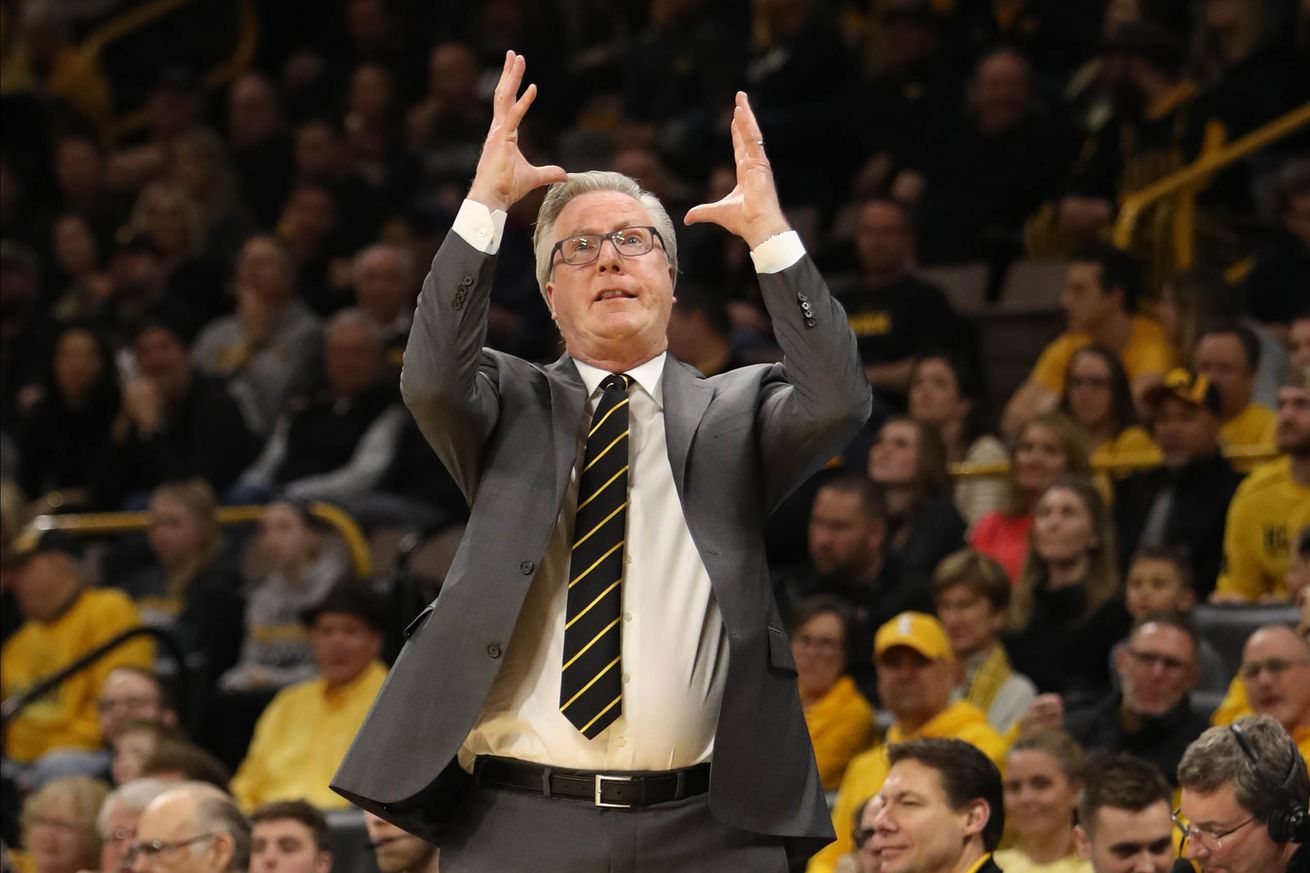 Fran McCaffery wasn’t happy on Wednesday, but the team is still in good shape heading into the road trip. | Reese Strickland-USA TODAY Sports

Our most hated rival has given us all one more reason to hate them.

The Iowa Hawkeyes played two games last week that went in two totally different directions. After getting blown out at Purdue on Wednesday, Iowa bounced back to demolish the Nebraska Cornhuskers on Saturday. While the loss at Purdue was expected by the advanced analytics sites, the way in which they lost was a bit eye-popping and cost the Hawkeyes several spots in both the KenPom and Sagarin rankings, as well as the NCAA’s NET rankings.

As the national polls come out on Monday, we see a divergence between how the media perceived that loss and how coaches around the country looked at it. The Coaches clearly value the difficulty in playing on the road more than the national media.

In the AP, Iowa fell four spots from 17 down to 21, despite essentially everyone around them in the rankings losing at least once last week. Here’s a look at the full rankings.

In the Coaches Poll, things look a bit different. The top 14 are identical, but from there we see a substantial divergence. That benefited the Hawkeyes, as the Coaches doesn’t punish Iowa at all for their loss. They stay steady at #17 this week.

Here’s a look at the full Coaches Poll.

The biggest mover this week was Penn State, who jumped up to #13 in both polls following their win at Michigan State. The Spartans, for their part, fell out of the rankings entirely in the AP and all the way to #25 in the Coaches Poll.

With MSU’s fall from the AP (the first time the pre-season #1 has fallen out entirely since Kentucky managed to do so in 2013-14), Iowa only has two remaining games against teams ranked in the AP top-25. Those will come against the aforementioned Nittany Lions, who come to Carver for the revenge match on Saturday February 29th, and in the season finale when Iowa travels to #22 Illinois on Sunday March 8th.

This week, Iowa has a pair of road games as they seek to resume their rise up the rankings that had been going on for the last several weeks. The Hawkeyes are at Indiana on Thursday evening and travel to Minnesota on Sunday.