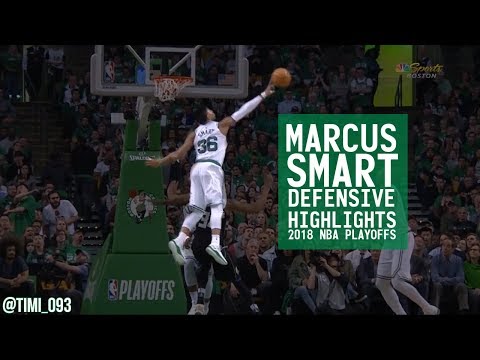 During shootaround on Friday morning, Marcus Morris sought out reporters to deliver a message. He talked the talk about what needs to be done to straighten out these frustrating Celtics.

The concept of a reset button or flipping of a switch has been the talk of the town recently. With the Celtics stumbling out of the All-Star break, the focus has now shifted from playoff positioning to just figuring out how to play good basketball and letting the seeding land wherever it lands.

“Guys need to start being more consistent, including myself,” Morris admitted. “Like, big time for me. You know what I’m saying? I feel like I haven’t been consistent these last couple weeks and I take it upon myself to really play better, be a better leader, play harder, get the fans engaged more. Bring some soul back to this s—, man. Because these last couple games, obviously we haven’t won for a bit, you know it’s been a little bit down.”

MassLive: Marcus Morris wants to “bring some soul back” to the Boston Celtics

Then Mook went out last night and, despite not shooting well, walked the walk on his promises, helping to secure a had-to-have-it win.

Morris, who had a near double-double of 17 points and nine rebounds, would have loved to have knocked down more shots, especially with a number of them being wide open or lightly contested looks.

But to find a way to win on a night when the shots he normally makes didn’t fall, is indeed a lesson that the Celtics need to hold near and dear to going forward.

Because when you look at their schedule coming up — Houston at home on Sunday, followed by road games at Golden State, Sacramento and the two Los Angeles teams — the Celtics are going to be challenged in so many ways.

And you can bank on them having to overcome or deal with some level of adversity throughout that process.

That’s why the way Morris handled a rough night shooting from 3-point range, bodes well for him and the Celtics going forward.

Professional athletes are not average people, and the proof is the irrational confidence they have in their abilities.

Morris isn’t fazed by much, but the shooting slump is weighing on him.

“I’m one of the best shooters in the league, I know that for a fact,” Morris said. “To be wide open like that and not knocking them down kinda got to me, but like I said earlier I can’t allow that to change the outcome of my energy and things like that and making plays on the defensive end.”

Morris did make an impact, getting a rare blocked shot and maybe even more rare for him, a few dunks to energize the crowd.

MassLive: Marcus Morris still struggling with his shot but stays confident because ’I’m one of the best shooters in the league’

“I’m one of the best shooters in the league, I know that for a fact.” I wish there was even one thing in my life where I believed in myself like that.

The Celtics have said they aren’t worried so much about playoff positioning; they just want to be playing at their peak when the postseason begins. The conundrum there is, to be playing well, you have to win games. So how do you get there?

Mook’s attitude is a good start. The next five games, including the road trip to the NBA’s four California cities, will either answer a lot of questions or raise new ones. If the Celtics walk the walk, maybe they really will flip a switch.

On Page 2: Getting defensive

DEFINITELY IN THE CONVERSATION

Smart is best described as a maniac. He’s all over the place and his impact plays for the Celtics are evident. He’s tied with Kyrie Irving for charges drawn for Boston, leads the Celtics in deflections and is third for contested shots on the team.

But honestly, aren’t those figures kind of disappointing, in relation to the expectation of him? Don’t you expect him to be a leader in charges and deflections?

You also have to throw in that the defense is actually 1.9 points better with him on the bench. Smart gets tagged with most of the best assignments and his defensive rating is still under 105, which is why he’s on this list but there’s not enough there to get him into the top of the conversation.

Action Network: Moore: Where the NBA Defensive Player of the Year Race Stands With 6 Weeks to Go

Who’s the first Celtic you think of when you hear the word “defense”? It could be Al Horford, but it’s probably Marcus Smart.

However, did you know that Smart has never gotten even one vote for DPOY? Not one. Last year, Horford received one first place vote, seven seconds and 11 thirds. Jaylen Brown got a second and two thirds. But Smart received zip.

Smart has also never come close to a spot on the All-Defensive Team. Last year, he got five votes for first-team and eight votes for second team, but that put him behind guys like Josh Richardson, Klay Thompson and Kevin Durant (huh?).

Maybe that will change this year. Smart’s flopping was the one thing that voters could hold against, but he’s not doing that anymore. (It’s true; I can’t think of the last time anyone mocked him for it.) So Smart is at least in the conversation, as it says above. Honestly: he’s definitely not winning DPOY, but an All-Defense selection would be well-deserved.

And, finally… Today in hairstyles

All of Australia has made a little change to his unique look. Still pretty intimidating.

And now the Cs are 1-0 with Buzzcut Baynes. But how did this happen?

Aron Baynes says his new haircut was up to his wife, and when she made the decision he sat on the floor and let his 3 year old son to to town with the clippers

MassLive: Boston Celtics, Jaylen Brown look like themselves in win over Washington Wizards, plus 10 things we learned  |  Jaylen Brown impresses Marcus Smart with defensive intensity: ’He looked like me out there’  |  The Boston Celtics didn’t win pretty, but they got a win they desperately needed  |  Aron Baynes injury: Boston Celtics big man ‘itching’ to return, a possibility for Sunday’s game

The Athletic: Needing a spark, Celtics slam the swagger back into their game

Globe: It’s time for Celtics to do what’s best