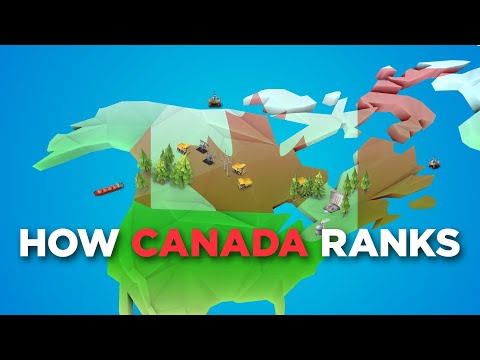 Environmental Ranking for Canada and the OECD, 2nd Edition

Canadians care about the state of their environment. Over the past few years, several reports have presented Canada as an environmental laggard, ranking it near the bottom of the list of OECD countries. As noted in the previous edition of this report, we regard the methodologies behind these studies as flawed as they unfairly represent Canada’s environmental performance in some respects and do not always use the most meaningful and relevant performance measures. Thus, we developed an improved and transparent methodology that allows us to measure and compare environmental performance among OECD countries.

This report is the second edition of the Fraser Institute’s Environmental Ranking for Canada and the OECD, in which we rank 33 high-income countries across two broad objectives: protecting human health and well-being, and protecting ecosystems. We calculate an overall Index of Environmental Performance, which is a composite measure based on 17 indicators that track 9 core categories. Under the heading of protecting human health and well-being, we examine air quality, water quality, and greenhouse gases. Under the objective of protecting ecosystems we consider six core categories: air emissions, water resources, forests, biodiversity, agriculture, and fisheries. In order to construct the index, we assign equal weight to composite indicators of protection for human health and well-being and to indicators of ecosystem protection. The index scores range from zero to 100. A higher index score means a jurisdiction has a stronger environmental performance while a lower index score indicates a weaker environmental performance.

The overall scores range from a low of 41.4 for South Korea to a high of 80.0 for Sweden, with an average of 62.2 across all 33 high-income countries. Canada performs relatively well, obtaining an overall score of 67, which places it 12th out of 33 high-income OECD countries. Canada ranks behind Sweden, New Zealand, Finland, Denmark, Spain, the United Kingdom, Switzerland, France, Norway, the United States, and Luxembourg. Our method shows that Canada performs better than the majority of high-income OECD countries on environmental protection.

For water quality, Canada ranks 13th out of 33 countries based on the two indicators that assess the health risks posed by water pollution: access to improved sanitation facilities and access to improved water sources. Note that on these two measure nearly all countries have very good scores and there is little difference among countries.

For greenhouse gases, Canada ranks 31st and 21st, respectively, for its carbon intensity (CO2 emissions per unit of GDP) and its ability to reduce its carbon intensity over a decade. However, it ranks 8th based on low-emitting electricity production, which measures the share of total electricity generated by low-emitting sources of energy—that is, renewables and nuclear.

Canada ranks 27th based on its sulphur (SOX) emissions intensity, which measures SOX emissions generated per unit of activity, but on this measure nearly all countries have very good scores and there is little difference between Canada and the top-ranked countries. Canada’s SOX emission intensity declined by 52% compared to 2007 levels.

Canada ranks 19th for its waste-water treatment rate and 4th for the intensity of use of its water resources. On the latter measure, only Iceland, Latvia, Norway, the Slovak Republic, and Luxembourg perform better than Canada.

Canada has a good record on environmental issues related to agriculture, ranking 4th on fertilizer use (nitrogen) and 11th on pesticide use. Only Iceland, Australia, and Estonia perform better than Canada, using less fertilizer per hectare.

Indicators such as these do not, on their own, imply a need for looser or tighter policies. Even where Canada ranks below the mid-point, recommendations to change environmental policies need to be based on comparisons of expected costs and benefits. Any particular ranking on any particular scale can be consistent with a country having appropriate environmental standards.

The main implication of this report is that Canada is not the environmental laggard that has been claimed in the past. Canadians enjoy high levels of environmental quality in absolute terms and in comparison to our OECD peers. In specific areas where our ranking is low it is sometimes an unavoidable result of our geography or climate, and in other cases it reflects the tight distribution of outcomes among the world’s wealthiest nations. In many areas or environmental quality that matter the most to Canadians, we compare favourably to the rest of the OECD and, by implication, the rest of the world.

Environmental Ranking for Canada and the OECD, 2nd Edition