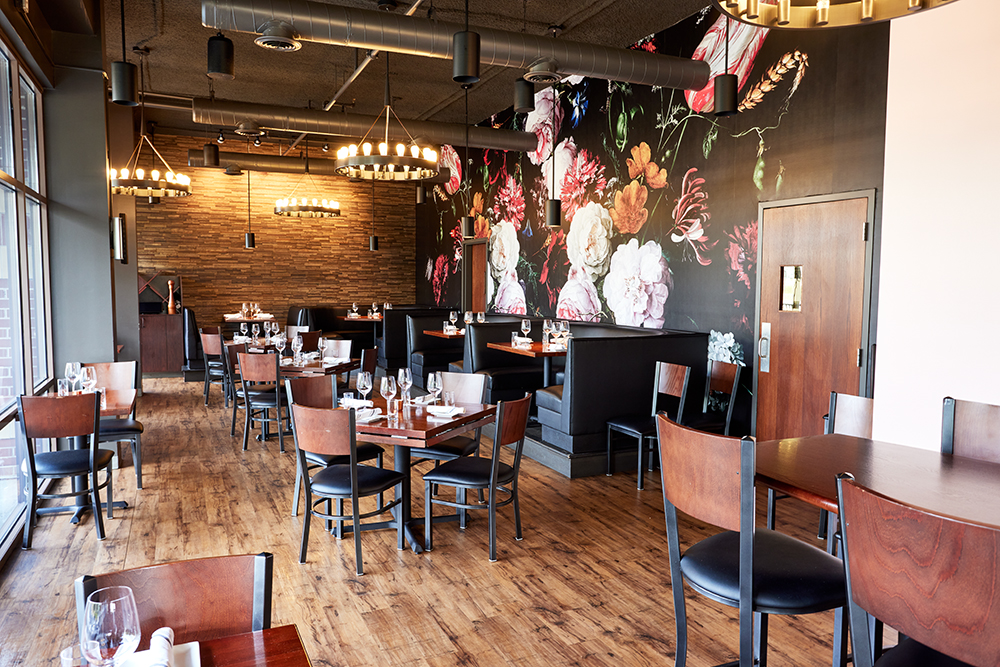 The past five years have been a whirlwind for Margaret Ranalli, the owner of Enoteca Emilia. The first iteration of her restaurant opened in O’Bryonville in 2011 and had an enthusiastic following. Friends had recommended it to me back then, but I managed just one meal before Ranalli, for a variety of reasons, chose not to renew her lease and closed the restaurant in 2016.

After moving to South Carolina for two and a half years, Ranalli was approached about a new space opening in Loveland. After seeing the spot, and what a vibrant place the neighborhood had become, she decided to come back to Cincinnati and revive Enoteca Emilia. Several other pieces fell into place: She brought back her original chef, Brittany Blodgett, along with much of the old menu.

Then the pandemic hit. In Ranalli’s words, no matter how long a person might have worked in the industry, “none of your experience prepared you for this.” There were small issues (it was impossible to find linens with the right color of stripes); medium-sized issues (some of the wines on the all-Italian list were no longer available); and some truly substantial ones (Chef Blodgett changed her mind after the restaurant’s pandemic-related closure and was replaced by Chef Patrick Bresnahan, formerly of Nicholson’s). Enoteca Emilia has now returned with a slightly condensed menu focused on some of the classics, like pizzas and pasta, plus a few seasonal dishes with mostly local ingredients that will rotate periodically.

It’s hard to imagine a more difficult time to be running a restaurant. But when you cannot do things exactly as you would like, certain blessings appear inside the situation that is forced upon you.

First, the new location, just a few steps from the Loveland Bike Trail, is suited to the coronavirus era in a way the old location would not have been. Where the O’Bryonville Enoteca was packed and intimate, the Loveland reincarnation is airy and spacious. From the huge open bar to the outdoor seating under the awnings, I felt totally comfortable eating here with the family. And second, the focus on seasonality—from a combination of necessity and Chef Bresnahan’s cooking style—has resulted in some sublime dishes.

My favorite example of making the most of the moment is the shrimp spiedini. Spiedini is the Italian word for skewer, but the star of the dish is not the grilled shrimp; it’s the salad of firm diced peaches on which it is served. The sweet-and-sour peach is balanced by a touch of bitterness from frisee, plus crunch and spice from watermelon radishes. A magical citrusy gremolata ties the whole dish together. It is, as Ranalli describes it, “summer on a plate.” It is also exquisitely beautiful to look at, not just because of its chef-y artfulness but because the world grows such beautiful things. The dish may be off the menu by the time you’re reading this, but any chef who can celebrate an ingredient like this has my allegiance for the whole year. 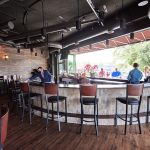 Little touches like this—the simple presentation of exquisitely fresh ingredients—appear throughout the menu, from the fresh watermelon in the panzanella to the oyster mushrooms served with Brussels sprouts to the roasted sweet corn on the pizza. Each is utterly satisfying on its own, although occasionally I craved a hint of acid or spice to make them sing. The only fresh ingredient that didn’t feel quite alive was the romaine in the Caesar salad, which generally came across as an unloved dish.

Mostly, though, everything on the menu felt like it had received an investment of care. You can tell a lot about the character of an Italian restaurant from its gnocchi. What is their texture? Are they dainty or big? As soon as you see the dish, you can tell Enoteca Emilia is going for simple and rustic, but not out of carelessness. They are taking the extra time to make things tastier. These gnocchi are exquisitely textured and pillowy, richly filling, and served in a beautiful vodka sauce with just the right amount of enliven­ing heat. I also loved the Bolognese on the bucatini, which had a similar zip.

Enoteca Emilia does the classics well—the crust on both pizzas we tried was just right, the quattro formaggi a particular highlight—and the prices on these items, along with the wine, were quite reasonable. When the restaurant charges a significantly higher price for an entrée, though, it is completely justified. The trout, swimming in a dark, mushroom-y broth with white beans and greens, is one of the more special dishes I’ve eaten recently. The deep bass notes of the stock are met by the upper register of lemony shredded leeks, with an exquisitely tender piece of Indiana trout in the middle. Frankly, you don’t need a big menu when you have dishes like these on it.

When I spoke with Ranalli, she had a long list of changes that would be coming to the menu: old favorites like the salumi and formaggi boards and the stuffed figs will return, along with fall classics like osso buco, plus more in-house desserts and pastry. Like all of us, she can’t help but wonder about the future, when all of this could go away. Sometimes though, it’s nice to eat the peaches when they’re in season, no matter what else might be on the horizon.