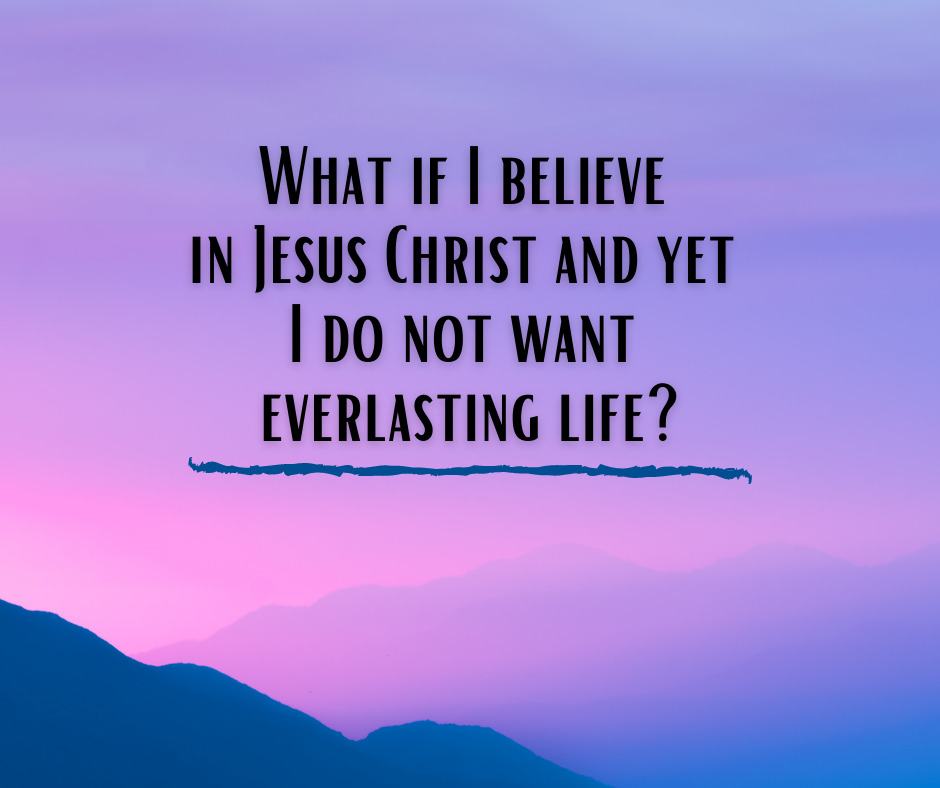 The Odd Case of Someone Who Professes to Believe in Christ, But Says He Does Not Have Everlasting Life Because He Does Not Want It 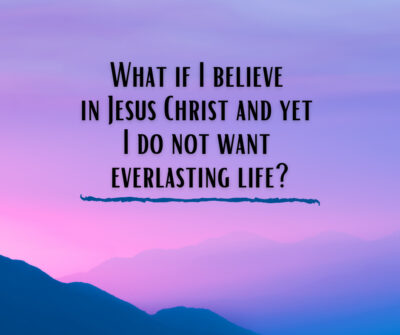 Here is a great question from Jeff:

Thank you, Bob, I have a follow up question about this article… a friend of mine said what if someone says, “I believe Jesus offers eternal life to anyone who believes in Him for it, but I don’t want it for myself. I want no part of religion.” He used this as an example of someone who believes but not personally for himself. I wasn’t sure how to reply to this. He said he doesn’t think that person is saved. I said, “I don’t know; maybe he’s saved against his will, because he believes but then is instantly out of fellowship.” Any thoughts? Thanks so much.

This question, or a variation of it, has been posed to Free Grace people for many years. I remember hearing from some Florida Bible College graduates about thirty years ago that this was a question often discussed there.

Here is a variation of that question I’ve heard:

A young man whose parents had already died as unbelievers went to an evangelistic meeting. He heard about Jesus’ death on the cross in our place and His resurrection from the dead. And he believed. But he did not believe that his faith in Christ meant he was going to heaven when he died. He said he would rather spend eternity in hell with his parents than eternity in heaven without them. So he chose not to have everlasting life. The moral to the story is that it is not enough to believe in Jesus for your salvation. You must also choose to personally appropriate it.

Some Free Grace people give what I find to be an even more confusing answer than that confusing question. Here is a common answer I’ve heard:

Here is an illustration. U. S. law says that anyone born to U. S. citizens is a U. S. citizen. The baby grows up and at age eighteen says, “I’m not a U.S. citizen because I did not ever want to be a citizen. The fact that I was born in America to Americans does not mean that I’m an American citizen.” Would he be right? Of course not. He was a citizen by birth.

If a person believed the promise of life in John 3:16, and yet did not want everlasting life because his parents were not yet believers and he wanted to be with them in eternity, he would think this way:

But what if his parents had already died as unbelievers as in the scenario cited earlier? I have two obvious answers. 1) You cannot be sure that your parents never believed in Christ for everlasting life. You were not even alive until they were twenty or twenty-five or older. 2) Even if they are in Hades and will spend eternity in the lake of fire, you cannot change your eternal destination once you have gained everlasting life. Once a person is saved, he will always be saved.

Jeff’s suggestion is intriguing. I like it with a minor adjustment. It is possible that a person could believe in Christ for everlasting life, and he would know at the time he had everlasting life that can never be lost. However, he might within minutes realize the dilemma with his parents. He might lose his faith at that point, moments after being born again. He would then no longer believe the promise of John 3:16. Now he believed that some additional step is needed. He’d be born again, yet no longer believe the saving message.

Of course, you may or may not have known the expression everlasting life. You might have believed that you are part of God’s forever family, that you are guaranteed to go to heaven when you die, that you have been permanently justified, or that you have been saved once and for all. But until you believe that all who believe in Jesus are set forever in terms of eternal destiny—and that includes you, you’ve not yet been born again.

In answer to Jeff’s hypothetical, I do not know if such a person is born again or not. What I do know is that right now he does not believe the promise of life to the believer. But he may well have believed it in the past. Either way, I’d want to try to clear up his confusion.

The Odd Case of Someone Who Professes to Believe in Christ, But Says He Does Not Have Everlasting Life Because He Does Not Want It