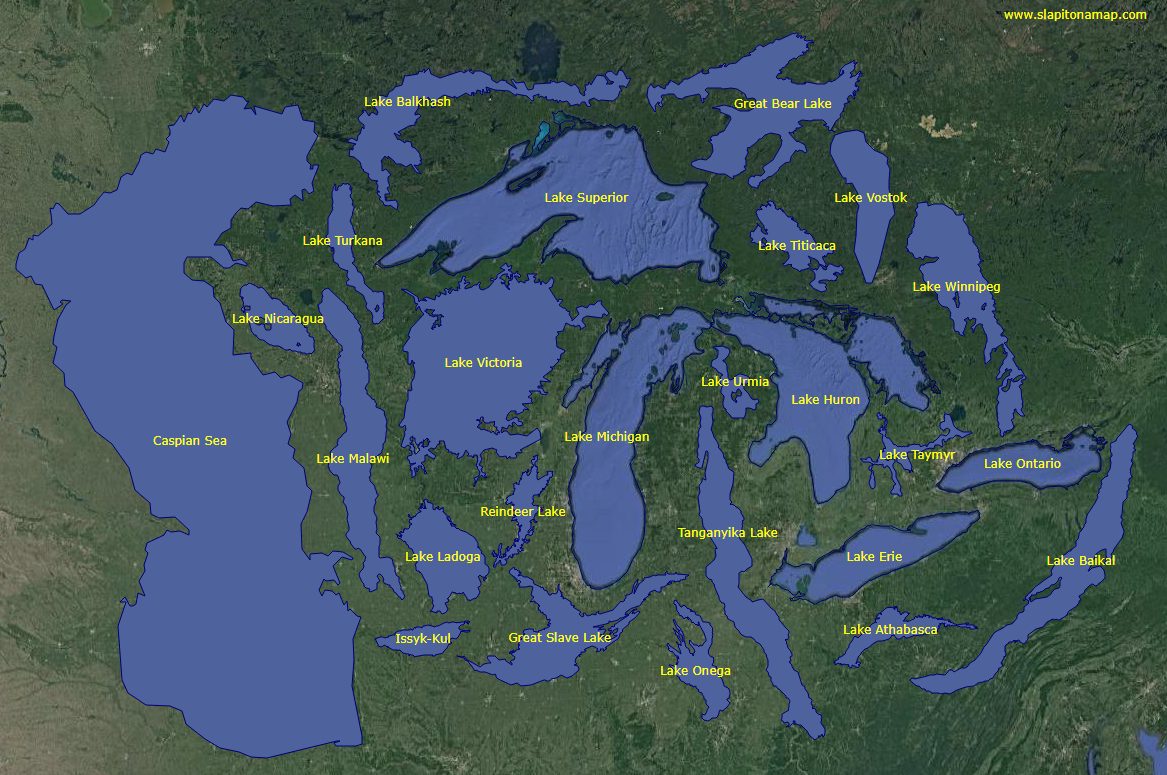 A lake is an area filled with water, localized in a basin, that is surrounded by land, apart from any river or other outlet that serves to feed or drain the lake.

According to satelite data there are 117 million lakes to be found worldwide. These lakes covering almost 4% of the world’s land surface.