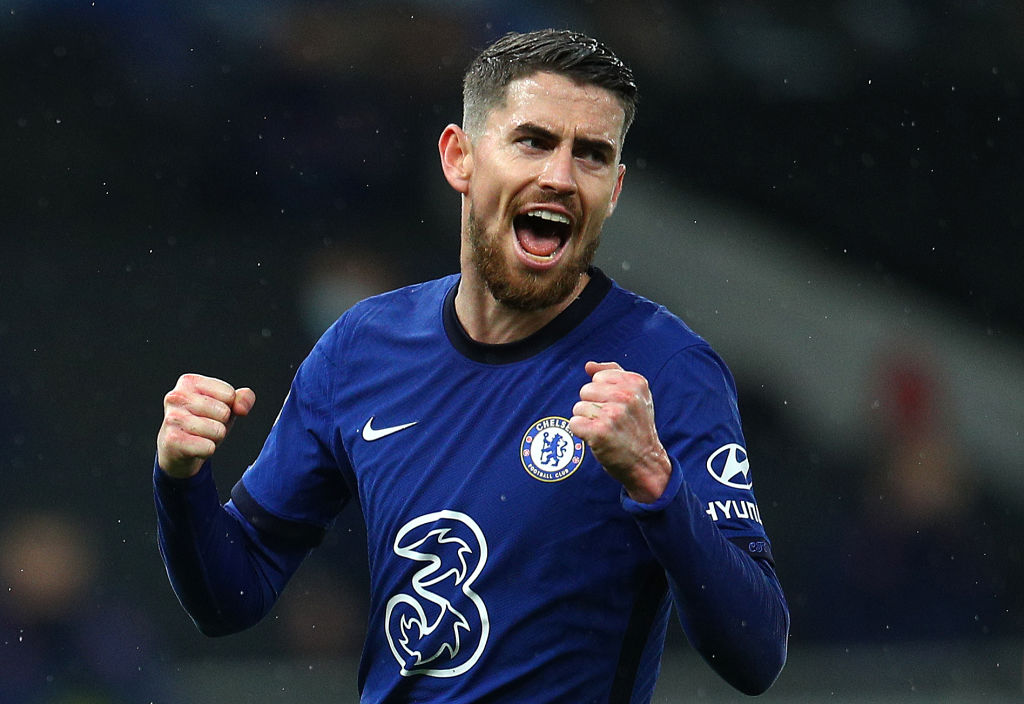 Jorginho admits that he has felt underappreciated and overly-criticised during his time at Chelsea, but insists it only fuels him to play better and he is enjoying his time at the club.

The Italy international has been an integral part of the Blues team since arriving from Napoli in 2018, already racking up 130 appearances for the club.

He was signed by Maurizio Sarri and has since been managed by Frank Lampard and now Thomas Tuchel, all of whom have seen him as a big part of their plans.

However, despite his fine displays, he was used as something of a scapegoat during Sarri’s reign and has never fully clicked with fans and pundits alike.

This is something he has felt himself, but the 29-year-old tries to just take the positives out of it.

‘Ups and downs? You need to look at the numbers and the numbers are not like that,’ Jorginho told the Daily Mail.

‘I received a lot of criticism and I can accept that. Everybody has an opinion and I don’t always agree but I can respect it.

‘It motivates me to work harder and do better and keep proving they are wrong. Sometimes I do feel unappreciated but I don’t get disappointed. This is a great moment for me — a great moment for the team — but we can’t get too comfortable. We must be humble and keep pushing.’

Jorginho has already managed his best goal-scoring season in the Premier League, with six, and needs just one more to top his previous best of seven in all competitions.

Jorginho will have the chance to find the back of the net again in the FA Cup semi-final on Saturday evening against Manchester City.

The Premier League leaders are favourites, but the midfielder is confident of springing a surprise.

‘Every team can be beaten,’ he said. ‘You just need to find the right moment and understand how to do it. Against a team like that, you need to be prepared to suffer and work really hard.’