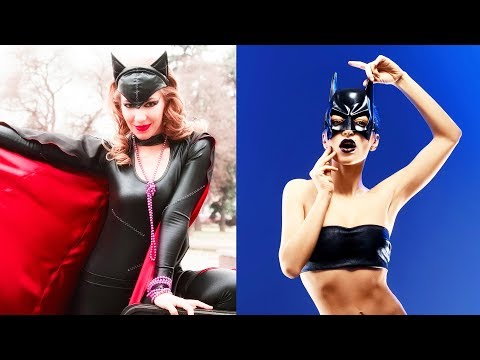 Woke Batwoman (The Caped Menstruator) - MGTOW Sponsor Link: Lindsay Transmission Service www.lindsaytransmission.com Kit Lindsay Lindsay Transmission Service 1111 South Maguire Street Warrensburg, MO. 64093 660 909 6000 Cell 660 747 2272 Office Batwoman | First Look Trailer | The CW https://www.youtube.com/watch?v=vrIiPcv4_iY MGTOW Mystery Link: https://www.youtube.com/watch?v=UUKE7COysro Hi Everyone Sandman Here, This video is brought to you by a donation from Dave and here's what he has to say: "Hi Sandman, Hopefully you can make and release your videos sooner than usual. We already have Batgirl. Why do we need a Batwoman? I'm sure you've seen the trailer for the show and know that Kate, Bruce Wayne's cousin is a Lesbian that finds the Batcave and takes over the role of the caped crusader. She shits all over the male character of Bruce Wayne and it's pissing off a lot of people. I'm sure someone has already requested this topic but if they haven't please cover it. Otherwise thanks again and do whatever you like with the donation. Thanks for all that you do." Well David thanks for the donation and topic. The soonest I can get it out is a couple of weeks after you made your request. So hopefully the wait wasn't too long? But before I get on with my review let me tell you about today's sponsor Lindsay Transmission: Anyways, now back back to my thoughts about the Batwoman the caped menstruator. Here's the first huge issue with this character. Kate is supposed to be the cousin of Bruce Waynes. So if he's her cousin why didn't Bruce Waynes aunt or uncle take care of him after his parents died? Why Alfred instead? Apparently the writers don't understand how family works. Correct me if I'm wrong but her father appears to be high up in the Crows security firm. Yet we've never seen him before. It's kind of like the same thing they did with Michael Burnham and Spock in Star Trek Discovery, giving Spock an adopted sister. The moment the trailer for the show came out there have been dozens of videos criticizing it. But fake news outlets like CNN put out a headline that says Ruby Rose, the actress that plays her is fierce in the 'Batwoman' sneak peek. That comes up as the first search result on Google because it's supposedly the authoritative news source. Lately I've been looking at CNNs YouTube stats on Social Blade and they lost about 40 million views a month and are down from one hundred and fifty million to only one hundred million. That's will being promoted to the top of YouTube for most of the major searches. They can't compete even when they cheat. Even their website traffic has been going down and like I said Google puts them at the top of the search results artificially. I never really read Buzzfeed but I took a look at them and all they are filled with is popular culture crap. Looks to me like people are avoiding the authoritative news pages and getting their news and analysis elsewhere even when it's in their face on the internet. But let me get back to Batwoman. She also has flowing red hair coming out of her costume and the bat emblem is a bright flaming red. 10 images licensed and paid for through BigStock.com. All image licenses are available upon request. Photo Credit For Ad: 1. Excited white male drag queen in yellow boa https://www.bigstockphoto.com/image-55239974/stock-photo-excited-drag-queen Video Motion Graphics Credits: Particle Wave 4K Motion Background by "Videezy.com"
Source: youtube.com