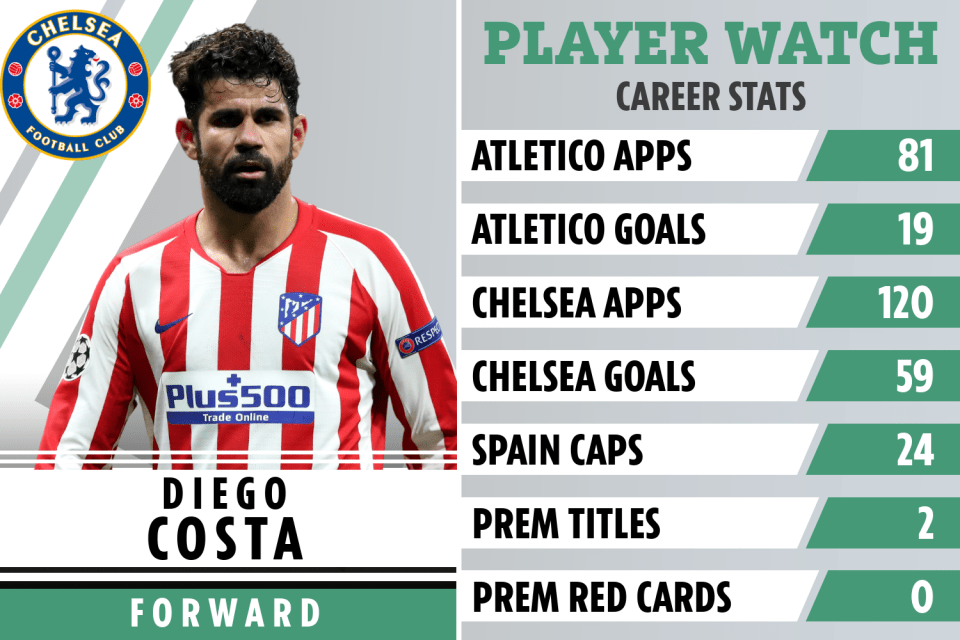 MANCHESTER CITY are not interested in signing free agent Diego Costa despite rumours linking him to the club.

However, defender Eric Garcia could still join Barcelona in this window for just £2.6million.

Man City are not interested in signing Diego Costa[/caption]

Former Chelsea star Costa, 32, had his Atletico contract terminated at the beginning of January and is looking for a new club.

And he has been heavily linked with a move back to the Premier League since.

But City will not be signing the Spaniard before this transfer window shuts.

Etihad chiefs do not believe the controversial Spain international would be a right fit in terms of character.

He has split opinion in the past thanks to his ‘win at all costs’ mentality and several on and off pitch controversies and City do not feel he would slot into Pep Guardiola’s squad well.

The news will disappoint former City defender Micah Richards who urged Guardiola to land Costa as he would ‘win City the Premier League’.

Costa has already rejected a £43,000-a-week move to Turkish outfit Trabzonspor this month with the Prem seemingly his preferred destination.

Tottenham remain favourites to sign him, according to the bookies.

Eric Garcia could still move to Barcelona this window[/caption]

Arsenal transfer news LIVE: Follow all the latest dealings from the Emirates

Arsenal aim to loan out Maitland-Niles, Willock & Nelson but will BLOCK rivals

With Harry Kane out injured, the North Londoners could swoop.

Costa has plenty of experience in English football having helped Chelsea to two Premier League titles during his three-season stay.

He’ll be eligible to join at any stage of the campaign but Betfair are offering odds of 6/1 that he arrives before Monday’s 11pm deadline.

Elsewhere, the door is still open for Barcelona to land Garcia, 20, before the deadline.

Ronald Koeman said his side will sign him in the summer if they can’t cough up the £2.6m asking price this month.

But City are still open to letting him go now but will not let 19-year-old centre-back Taylor Harwood-Bellis go on loan to Blackburn if Garcia does leave.