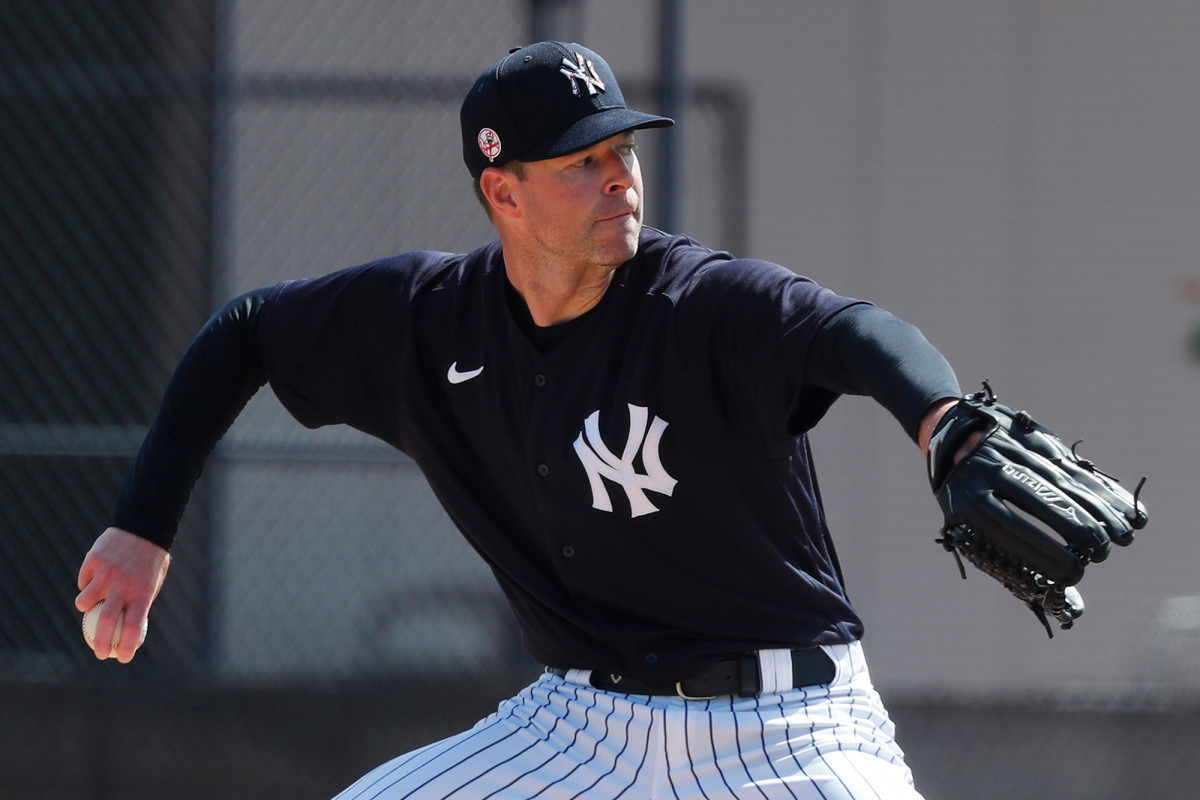 Why Corey Kluber is going to have a great 2021

As New York Yankees fans await the 2021 season, many are skeptical of newly acquired starting pitcher Corey Kluber. Kluber was considered one of the best pitchers in baseball not too long ago. Unfortunately, injuries have kept him off the field and have caused many to forget his dominance. Despite the past two years, the two-time Cy Young award winner is still poised to have a great 2021.

To be quite honest, his injury history doesn’t scare me. Let’s look at his most recent injury in 2020. After only one completed inning, Kluber was pulled from his start and eventually diagnosed with a torn teres major muscle. Many fans are linking this injury to a traditional “shoulder tear” when this is 100% not the case. Kluber never injured his labrum or rotator cuff. A torn labrum or rotator cuff are injuries that often derail the careers of pitchers. Fortunately, the teres major is much different. In five separate studies, pitchers with torn teres majors muscles returned to their previous level of play, an average 93% of the time. On average it took four months for recovery but almost all the pitchers in the study were able to return to their old form.

On MLB Network, David Cone summed it up perfectly by saying, “He didn’t really have a rotator cuff injury…He had a teres major injury, which is below the lat muscle, below the bigger muscle. The trend with those types of injuries is that it takes a little longer to heal but once it heals, those guys come back full strength. There’s a good track record as far as that goes.” According to Kluber himself, he is back to full strength.

Last week Kluber commented, “I’m not rehabbing anything or tending to any issues lingering with anything. I’m basically at the normal stage of my offseason right now, which is a good feeling to be at: to be out of the rehab mode and just try to get ready for the season…. I feel the way I like to feel. I can go out there and throw like I did when I was at my best.”

Heat on the hill

His injury in 2019 was a fractured arm from a comeback line drive. This is a freak injury. Due to the injury’s nature and the fact he was rarely on the IL prior to 2019, it would be foolish to label Kluber an “injury-prone” player. If Kluber’s teres major muscle is completely healed, his career as a whole is an indication that he will stay on the field, not stay off it.

As long as Kluber’s been healthy, he has been effective. And that is an understatement. The last time Kluber was healthy and got to settle into a full season, he almost won his third Cy Young Award. That was in 2018. That year he won 20 games, had a 5.7 WAR, and a 2.89 ERA. When you think about it, 2018 isn’t long ago at all. Only two years. We often see pitcher’s comeback and pitch effectively after being sidelined for long amounts of time. Just look at all the pitchers who have had Tommy John surgery. I often hear people commenting on how Kluber hasn’t pitched in two years but I very rarely hear get that energy when fans talk about Luis Severino.

Yes, a torn UCL is different than a torn teres major muscle. But when you analyze studies and understand the overwhelming likelihood of Kluber’s recovery, there’s no reason why Severino would be more likely to return to form than Kluber.

Regardless if you think Kluber is a good addition or not, pitchers very rarely go from Cy Young candidates to mediocre pitchers in two years. I think he’s got a lot to prove this year and I wouldn’t be surprised to see him have a great 2021.

How do you think Corey Kluber will pitch in pinstripes? Let me know on Twitter @Nolan_DeMelfi

The post Why Corey Kluber is going to have a great 2021 appeared first on Bronx Pinstripes | BronxPinstripes.com.

Why Corey Kluber is going to have a great 2021