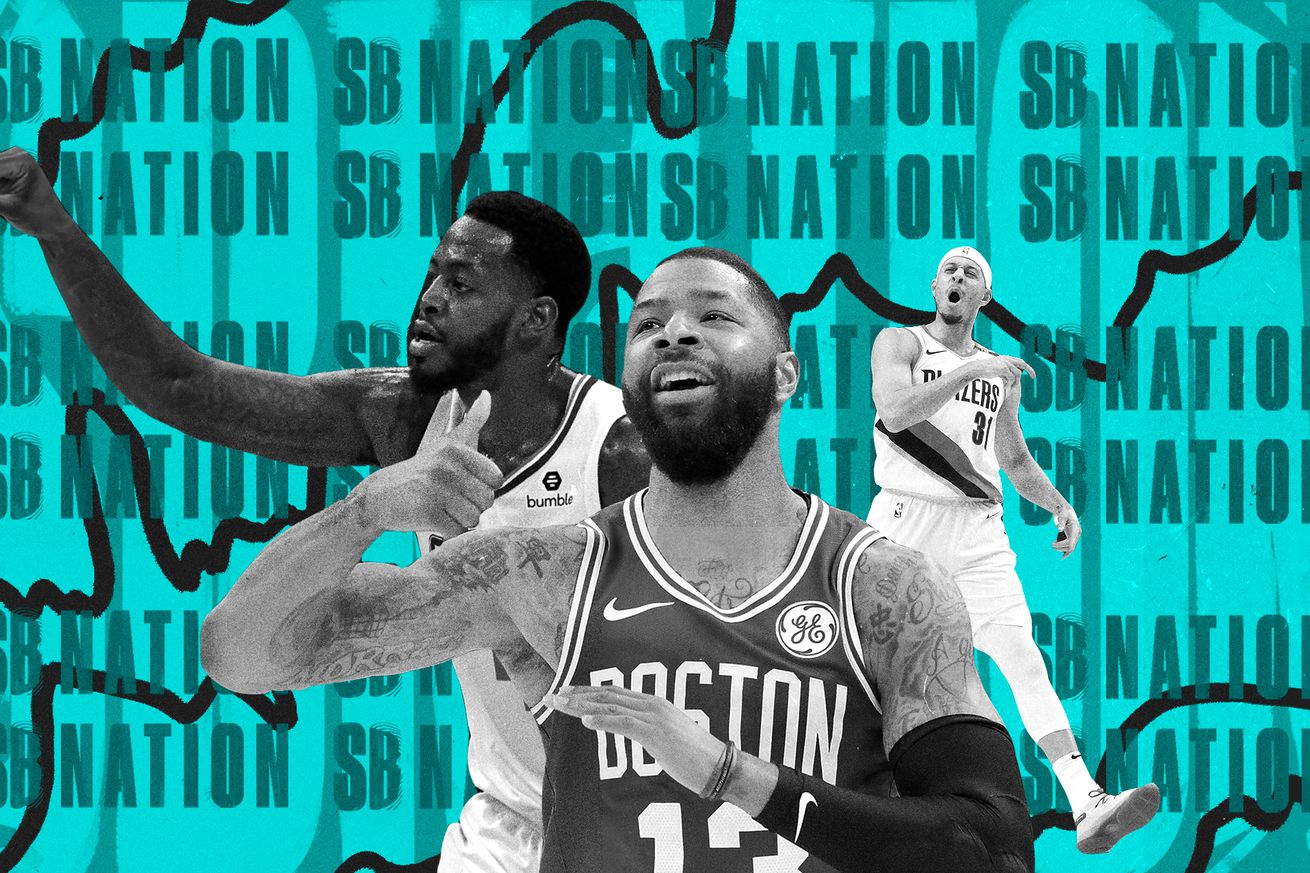 The 7 biggest sleepers in the 2019 NBA free agent class

Who should your team sign if they’re on a budget? Our staff makes their picks.

Kawhi Leonard. Kevin Durant. Kyrie Irving. Kemba Walker. Those are the names we hear day-in and day-out now that NBA free agency is only days away.

But that doesn’t mean All-Stars are the only players available to impact a team this summer. Yes, those players, as well as others like Tobias Harris and Jimmy Butler, will be the first to sign lucrative contracts with teams this summer. And deservedly so; they’ve risen to star status for their work on the court.

But there are several sleepers in this year’s free agent pool — players who might not even be close to star status, but still can make a tangible impact for whichever team they land on at a bargain price.

Here are our favorite ones.

Before their season crashed into a ditch, the Boston Celtics and Marcus Morris appeared to be in it for the long haul. He was the team’s only power forward and ended up being one of their most consistent weapons.

Morris’ on-court persona as a black hole is worrisome for potential suitors, but he’s also a prototypical gamer, someone who isn’t afraid of a big moment, and plenty willing to knock down an open three or bully a smaller defender with his patented fadeaway. On the other end, Morris can guard several positions, isn’t afraid of contract, and knows how to rebound.

He isn’t for everybody, but in the right situation (i.e. a winning one), the 29-year-old’s value shows up when his team needs him most.

Stephen Curry might be the two-time MVP, but his younger brother isn’t just some scrub. No, Seth Curry actually played valuable minutes for a Trail Blazers team that met the Warriors in the Western Conference Finals.

Seth Curry has had an interesting basketball journey. While his brother became the face of a championship franchise, Seth bounced between five NBA teams, then missed the entire 2017-18 season with a stress fracture in his tibia. He signed a two-year, $6 million deal with a player option with Portland last summer and found himself as a key rotation player.

He’s not the playmaker his brother is, but Seth actually ranked ahead of Steph in three-point percentage last season. He’s not just the other Curry. He’s his own player, and playoff teams should be interested in bringing him off the bench.

A likely casualty of the Clippers’ big-game hunting, Green is a quality big man option for contending teams needing to fill out their rosters with limited funds. It’s hard to find two-way role players who can play either power forward or center without sacrificing much in the way of speed or size. Green shot more than 40 percent from three last season on a decent number of attempts, and has a solid defensive reputation, both protecting the rim and defending smaller guards. It’s telling that his minutes increased in the playoffs, when his versatility and length made him a quality small-ball center against the Warriors.

He’d work well in Philly backing up and/or playing alongside Joel Embiid, across town with Anthony Davis and the Lakers, closing games for Kenny Atkinson’s Nets, or slotting into Derrick Favors’ spot with the Jazz.

The Trail Blazers’ wing was a major part of his team’s rotation prior to the playoffs, and for good reason. The 25-year-old can shoot from distance, and defend multiple positions. Last season, Layman scored eight points per game with three rebounds in 19 minutes per night.

For a bench role, Layman can be one of the best value contracts of the summer. This is a league of forwards, after all.

With the absence of John Wall, Satoransky saw an uptick in minutes and production. He showed he can get teammates involved with his playmaking, and is also a pesky defender. Using his 6’7 frame, Satoransky able to bounce off defenders and finish 70 percent of his attempts at the rim. Defenses can’t give him too much space as he shot an effective field goal percentage of 56.4 percent on spot-ups. With his size, he can play both guard positions.

Satoransky is a restricted free agent, so there is a good chance Washington retains him, but it is worth the gamble for a team in need of guard help to sign him to a decent offer sheet.

Dedmon joined the Hawks just as the Hawks were disbanding, which meant the lanky center evolved in relative anonymity. Evolved, you say? YES. Dedmon, once a traditional defense, rebounds, dunks center, can handle the ball a little bit now (more assists than turnovers in each of the last two seasons) and shoot. Shoot, you say? YES. Dedmon started taking threes after joining Atlanta, and hit 38 percent on more than 200 attempts (over three per game) last season.

Though Dedmon turns 30 this summer, someone is going to have noticed the new Dewayne Dedmon. He should be a nice pull at the right price.

The Pelicans didn’t want Diallo as part of their new future built around Zion Williamson, but a smart team will scoop him up and develop him into a bargain big man whose production exceeds his price. Diallo is about to turn 23 years old and is just tapping into his potential as a switchable big man who can block shots, rebound, and score efficiently in the paint.

Diallo’s speed has always been his calling card, dating back to his days as a top recruit out of New York. An uneven freshman season at Kansas didn’t do his draft stock any favors (he went No. 33 overall), but the outlines of a modern big have always been there. He remains light on his feet and a burner in the open floor who can stick with ball handlers for a few seconds defending the pick-and-roll. He also makes the most of his offensive skill set, using put-backs, short rolls to the rim, and dunks to compile a sterling 64.4 true shooting percentage last year in New Orleans.

A team won’t have to break the bank to sign Diallo, but they could have an emerging player on a cheap deal as he hits his prime.

The 7 biggest sleepers in the 2019 NBA free agent class