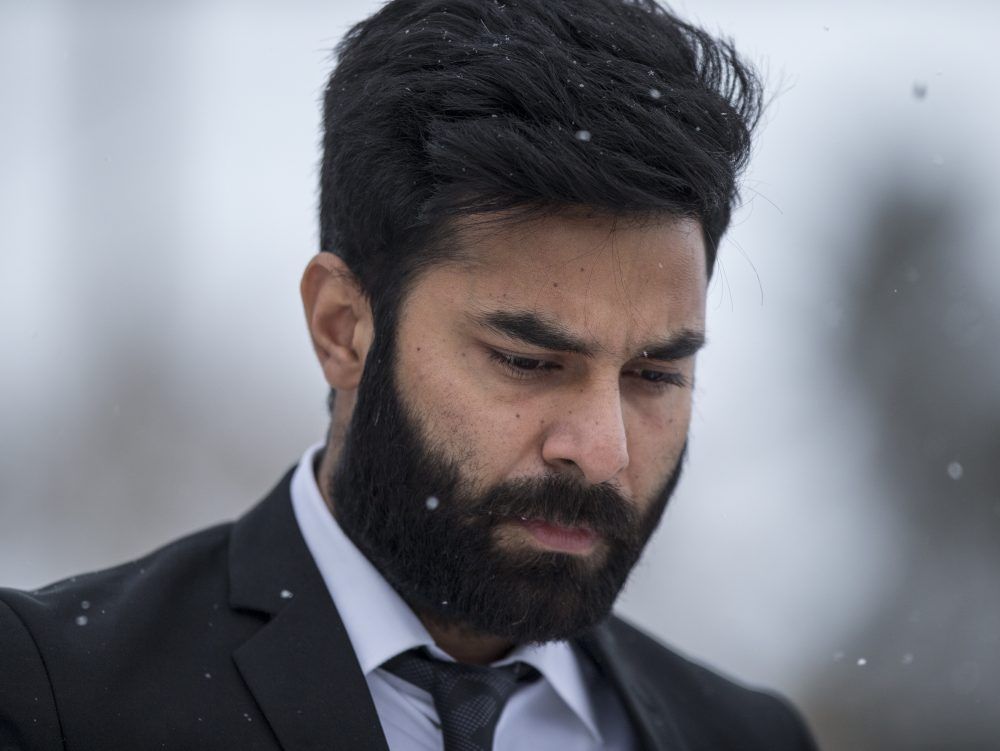 Some year-end thoughts by me on how victim-impact statements and a public appetite for vengeance can warp the course of justice. This first appeared in the National Post December 30.

In 2019, Canada’s criminal justice system faced an unusual test: a defendant so distraught over the catastrophic consequences of his small misdeed, he refused to mount any — though defences were available — and instructed his lawyer to make no recommendation on sentencing.

The court responded not with empathy and compassion but with severity disproportionate to similar cases and the underlying offence. Impassioned victim-impact statements paved the path to this miscarriage. On April 6, 2018, Jaskirat Sidhu made a mistake with unimaginably horrific consequences. With just five days’ training and three weeks on the job — less than one week driving solo — he was hauling peat bales across Saskatchewan in a semi-trailer towing a secondary pup-trailer. At some point he got lost and pulled over to check his GPS, only to get stuck in the soft shoulder. Unable to reach a towing company, he eventually got a farmer to pull his rig back onto the highway.

Then the tarp covering his load came loose. He stopped and retied it. Fifteen minutes later, the tarp loosened again. Distracted by the flapping fabric in his side mirror, Sidhu ran a stop sign.

A bus carrying the Humboldt Broncos junior hockey team T-boned the truck, killing 16 people on the bus and injuring 13.

Sidhu was uninjured, but overwhelmed by the catastrophe he had caused. From the moment of the collision, he did everything we ask remorseful criminal defendants to do. He co-operated with police at the scene and in the weeks following the crash. He pleaded guilty at his first opportunity to 16 counts of dangerous driving causing death and 13 of dangerous driving causing injury. This spared family members the ordeal of a trial. He directed his lawyer to do no plea bargaining, and make no recommendation on sentencing. He delivered a heartfelt apology to the families in court.

Accepting responsibility is the first step toward rehabilitation, the primary purpose of our criminal justice system. Nevertheless, prosecutor Thomas Healey asked for a sentence of 10 years, a recommendation one Toronto lawyer described as “shockingly high.” Daniel Brown, who specializes in dangerous driving cases, told the CBC Sidhu’s actions “barely cross the threshold to be prosecuted as dangerous driving.”

I have never lost a child, and I can scarcely imagine the soul-destroying anguish of those who have. It is no surprise, and no criticism of those who have lost family members, that victim-impact statements are often harshly retributive. As such, they add powerful emotional weight to the prosecution side of the scale. They bring raw emotion to a process meant to be dispassionate.

In ancient times, people settled disputes privately. The offended party, if they had the means, took revenge against the offender in what often became an escalating exercise in mayhem. A central purpose of the justice system is to remove emotion and exercise judgment dispassionately. It is a public venture. The court acts on behalf of society, not the victim.
Members of the Tobin and Labelle families shed tears during the Humboldt Broncos First Year Memorial service at Elgar Petersen Arena in Humboldt, Sask. on April 6, 2019. Saskatoon StarPhoenix/Liam Richards

Some victim advocates say statements help them heal, but court is not therapy and judges are not therapists. Surely, we can find better ways to help victims.

The U.S. jurist Thurgood Marshall complained that victim-impact statements take “the jury’s attention away from the character of the defendant and the circumstances of the crime to such illicit considerations as the eloquence with which family members express their grief and the status of the victim in the community.”

Most judges insist victim-impact statements don’t influence the sentences they pass. Prosecutors and the law-and-order right know better. Studies show victim evidence is correlated with longer sentences. How could anyone consider 90 emotive statements from suffering families voicing anguish over the unspeakable losses they have suffered and not be affected?

The statements Cardinal heard were eloquent and gut-wrenching. Almost all were deeply angry, but a few, like that of Christina Haugan, widow of head coach Darcy Haugan, offered Sidhu forgiveness. Paul Jefferson, who billeted two Broncos players, urged Cardinal not to make Sidhu “the 30th victim of this tragedy.”

Cardinal, who spent 20 years as a prosecutor before her elevation to the bench, declined to heed this advice.

Canadian law required Cardinal to consider the horrific death toll in passing sentence. This seems perverse to me. All drivers occasionally commit inadvertent offences. Surely culpability ought to lie in the misbehaviour, not its consequences, which, in the Humboldt crash, amounted to one-in-a-billion bad luck. But the law is clear: the magnitude of the consequences must factor in, even if the underlying infraction was minor.

The law also required Cardinal to consider Sidhu’s exemplary behaviour after the disaster, and many mitigating factors that weighed in his favour. He had a spotless driving record, and no criminal history. He had consumed no drugs or alcohol prior to the crash. He had not used his cellphone during the trip. He was not speeding, or driving aggressively.

Judge Cardinal’s decision lists some of these mitigating factors, but gives them little weight. It ignores others altogether.

Instead, her decision dwells on, and sometimes exaggerates, the magnitude of Sidhu’s wrongdoing. It repeatedly cites “five warning signs” he allegedly blew through. In reality, only two of these were warnings. The others were exit signs of the kind people routinely drive by without registering.

Cardinal repeatedly describes Sidhu as “a professional, trained driver,” a status that increases culpability. This is true in a narrow, literal sense, but renders an inaccurate picture of the complete novice who was operating way over his head that day. (Safety advocates denounced Sidhu’s training as woefully inadequate. After the crash, Saskatchewan implemented mandatory training for semi drivers.)

The decision also fails to acknowledge that the intersection where the collision occurred was poorly designed and had been the site of a previous accident with multiple fatalities. (After the crash, Saskatchewan implemented design changes including better signage, pavement markings, rumble strips, tree removal, and wider shoulders.)

Cardinal sentenced Sidhu to eight years in prison, the longest sentence in Canadian history for dangerous driving causing death. Drivers who have been plastered drunk, killed multiple innocents, expressed no remorse, and fought the charges all the way, have invariably received much lighter sentences.

A devastated defendant, believing he deserved terrible punishment, said nothing in his defence, but placed himself at the mercy of the court. In response, the court skewed toward vengeance.