Wyld Stallyns Bill (Alex Winter) and Ted (Keanu Reeves), as well as Death himself (William Sadler), return for more time traveling hijinks in the new trailer and poster for Bill & Ted Face the Music, which is now coming out in theaters and on VOD beginning September 1st.

Stay tuned to Daily Dead for more updates, and in case you missed it, Horror BFFs Heather Wixson and Patrick Bromley discussed Bill & Ted's Excellent Adventure on a previous episode of Corpse Club.

"The stakes are higher than ever for the time-traveling exploits of William "Bill" S. Preston Esq. and Theodore "Ted" Logan. Yet to fulfill their rock and roll destiny, the now middle aged best friends set out on a new adventure when a visitor from the future warns them that only their song can save life as we know it. Along the way, they will be helped by their daughters, a new batch of historical figures, and a few music legends - to seek the song that will set their world right and bring harmony in the universe. 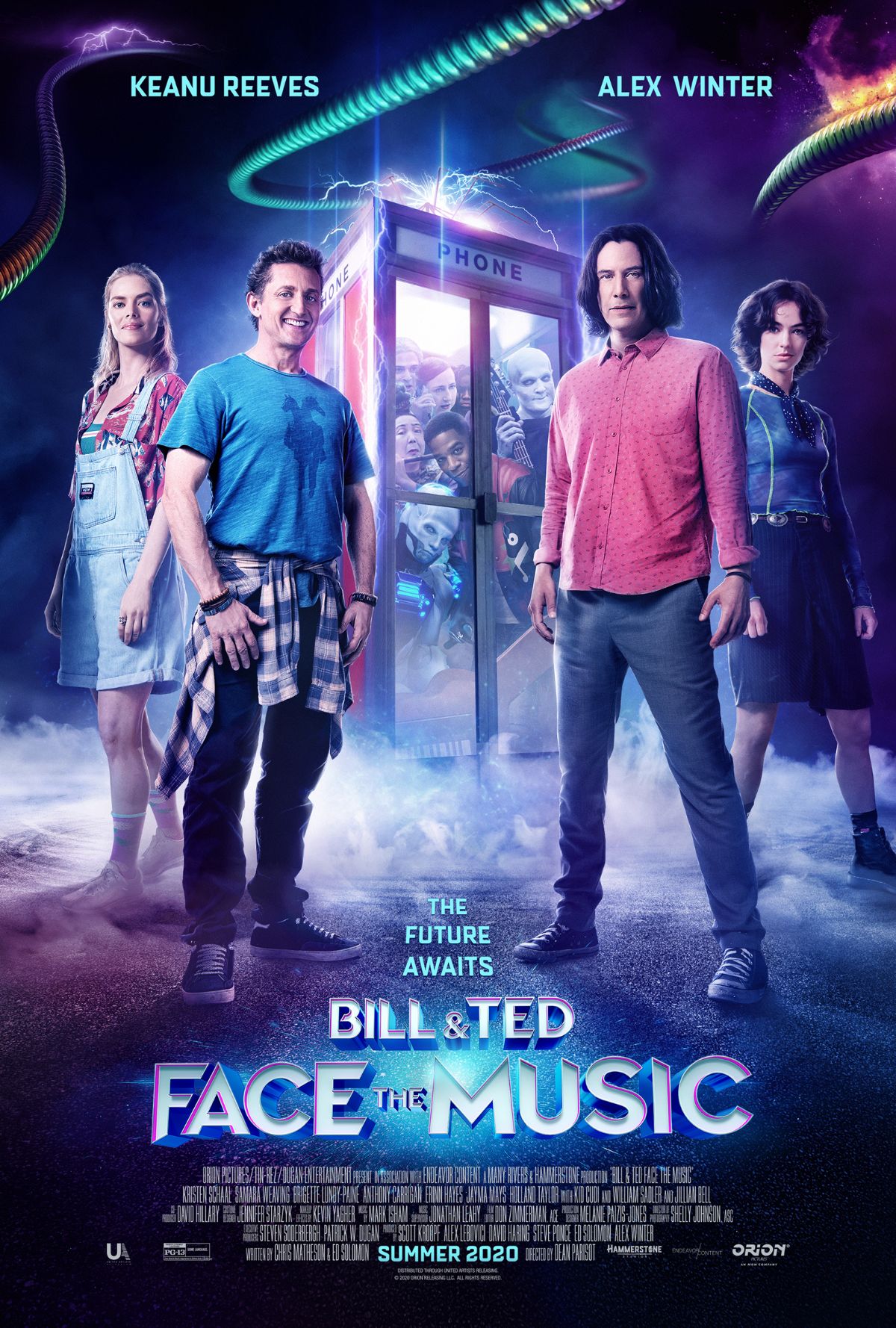 The post “The Future Awaits” in New Trailer & Poster for BILL & TED FACE THE MUSIC appeared first on Daily Dead.