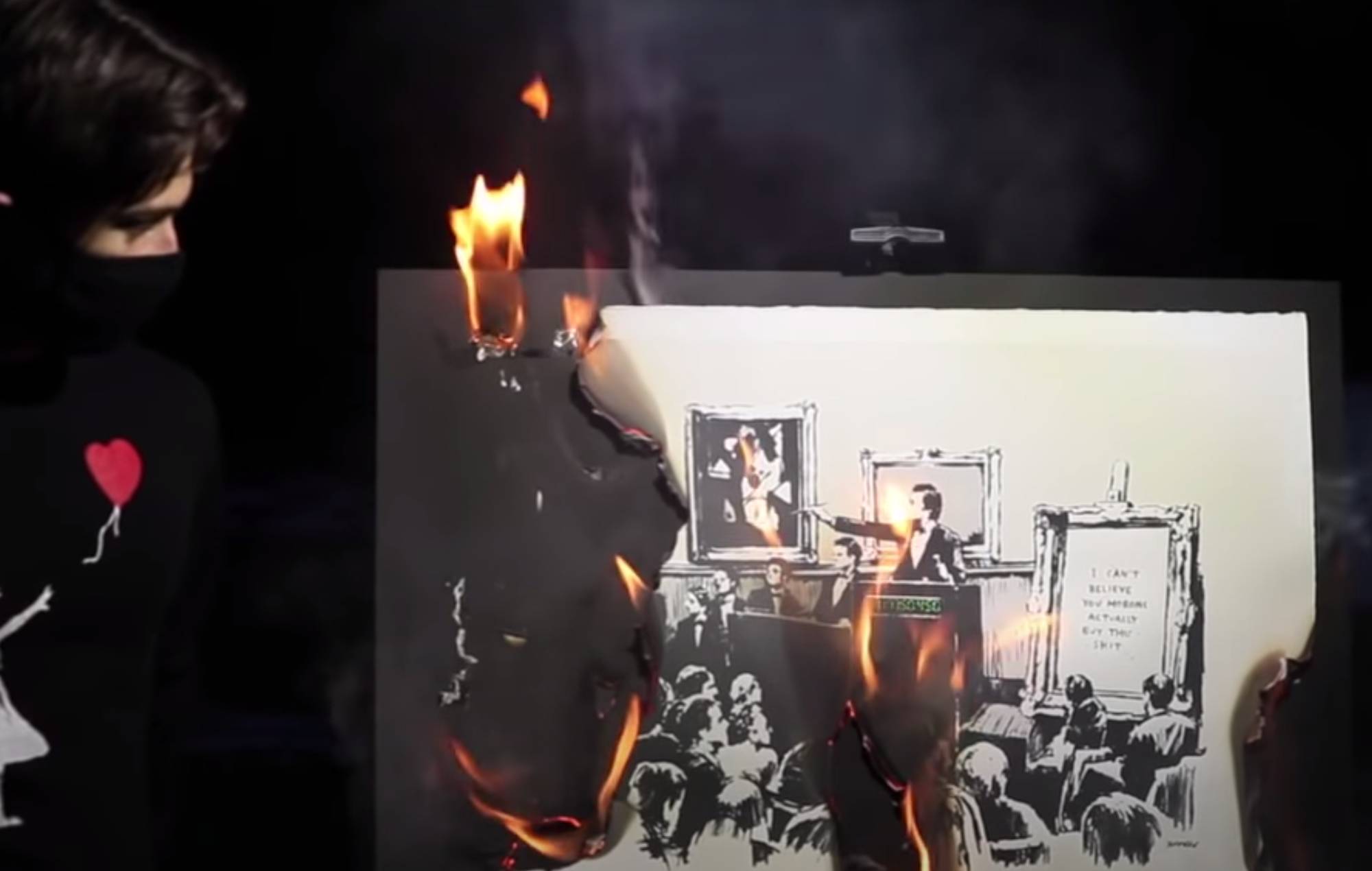 Original Banksy artwork burned by cryptocurrency group and sold as NFT for $382,000

A group of cryptocurrency fans have purchased an original Banksy artwork, only to burn the piece and sell a digitalised version for four times its original value.

The painting offers an alternative spin on the $40m (£29m) sale of Van Gogh’s Sunflowers in 1987 and features the caption “I can’t believe you morons actually buy this sh*t.”

But in a relative first for the art world, the group digitised the painting before the audacious burning – which allowed them to sell it as a non fungible token (NFT) for $382,336 (£275,000).

Non-Fungible Tokens, as NME‘s Mark Beaumont recently noted, are essentially digital gold bars, which owners can exchange for other cryptocurrencies or spend them on goods where they’re accepted.

The sale was made via crypto-marketplace Open Sea to a buyer called GALAXY, while the transaction itself was made in the cryptocurrency Ethereum.

“We view this burning event as an expression of art itself,” said Mirza Uddin, a spokesman for Injective Protocol, told the BBC.

“We specifically chose a Banksy piece since he has previously shredded one of his own artworks at an auction.”

The sale comes after Kings of Leon previously announced plans to sell their eighth album, ‘When You See Yourself’, via NFTs.

Meanwhile, last week saw Banksy confirm that an artwork that mysteriously appeared on the side of Reading prison was his own creation.

The mural, which emerged last Monday (March 1), shows a prisoner – resembling famous inmate Oscar Wilde – escaping from the prison using a rope fashioned from bedsheets tied to a typewriter.

The post Original Banksy artwork burned by cryptocurrency group and sold as NFT for $382,000 appeared first on NME.

Original Banksy artwork burned by cryptocurrency group and sold as NFT for $382,000