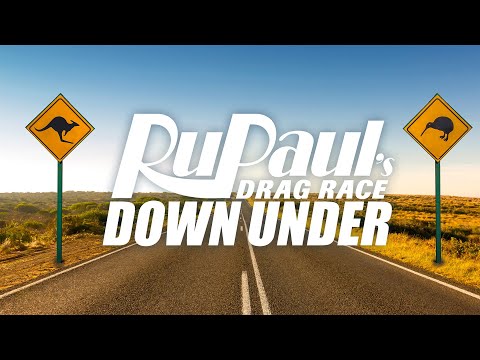 What’s new to Netflix NZ, Neon and other streaming services in May

What are you going to be watching in May? With thanks to our friends at Nando‘s, we round up everything coming to streaming services this month, including Netflix, Amazon Prime, Disney+, Apple TV+, Neon and TVNZ OnDemand.

Drag Race: Down Under (from May 1 on TVNZ OnDemand and TVNZ 2)

Vroom vroom, beep beep! Get out of the way, because RuPaul is making his way down under to pit the best of Australasia’s drag artists against each other. Just one week after the US season ended as well, because Drag Race is not a seasonal sport, people! I’m not going to play with you here, you know what the game is: Drag performers duke it out in a competition that’s one part Top Model, one part Project Runway, and five parts queer excellence, and they get judged by RuPaul, Michelle Visage (look out for our interview soon), Rhys Nicholson and a rotating panel of guest judges, including Kylie Minogue (!) and Taika Waititi. / Sam Brooks

Made for Love (from May 1 on Neon)

Imagine waking up one day and discovering your tech-billionaire husband has put a chip in your brain so that your hearts and minds could merge into one. LOL! This is exactly what happens to Hazel (Cristin Milioti) in Neon’s new dark satire Made for Love, and it’s the jolt she needs to leave her ten-year marriage. Brain implantation is definite grounds for divorce, but gaining your independence back is tricky when your ex-husband’s fancy tracking device means you can never escape him. It doesn’t sound funny, but it is, mostly thanks to Milioti’s incredibly charismatic performance. / TW

The Masked Singer NZ (from May 9 on ThreeNow and Three)

It never takes long for an internationally successful reality TV franchise to make its way to New Zealand, and so arrives The Masked Singer on our shores. Based on the South Korean show King of Mask Singer, and subsequently remade with huge success in the US and UK, the Masked Singer NZ will see a “guessing panel” of Rhys Darby, James Roque, Ladi6 and Sharyn Casey work to determine the celebrities performing onstage, obscured by intricate costumes. While it seems unlikely we’ll get appearances from Lorde or Benee, I’m keeping my fingers crossed for some epic B-list celeb cameos and hilarious viral moments. Still have no idea what I’m talking about? Watch this and you still won’t. / Stewart Sowman-Lund

Halston (from May 14 on Netflix)

Another month, another Ryan Murphy property plundering queer history for… god knows why at this point. Anyway, Ewan McGregor plays legendary, mononymous fashion designer Halston, who shot to fame after designing the hat Jackie Kennedy wore for her husband’s inauguration. The 60s! What a time, huh? Halston led a fabulously homosexual life and remains one of the 20th century’s most underrated (in my not humble opinion) and significant artists. I expect Ryan Murphy will bring the same sensitivity to this that he brought to Ratched, Glee and Nip/Tuck. / SB

OK, now I have to reverse the above Ryan Murphy hatred, because this example of his oeuvre is genuinely one of the best series of the past decade. Pose follows the drag ball scene in New York (think Paris is Burning, Vogue, et al) in the 80s and 90s, and the seismic cultural shifts that were happening throughout this period, like the rise of Trump and the rapidly growing AIDS crisis. The third and final season covers the scene as it’s dragged into the mainstream, and the pandemic that continues to rage throughout the community. Don’t be fooled by how heavy it sounds, Pose is a joyous, engaging watch with sensitive, vibrant performances and some of the best writing about, and for, queer people that I’ve seen in the past decade. Watch it. / SB

Waiata / Anthems (from May 1 on TVNZ OnDemand)

TVNZ’s new short documentary series follows New Zealand music icons (including Bic Runga, Hollie Smith & Don McGlashan and Drax Project) as they record a brand new track or re-record their biggest hit in te reo Māori. It’s a follow-up to the 2019 album of the same name, and each 15 minute episode follows the musicians as they share personal stories and discover the process of translation and meaning into te reo Māori. It’s a uniquely New Zealand series that celebrates the power of language and identity, and with each episode concluding with a live performance, leaves you with a deeper connection to your favourite song. / TW

I’ve only seen the first season of Shrill, but with the third set to debut on Neon this month it’s motivating me to catch up so I can watch it as soon as it drops. Shrill follows Annie, a journalist working to make it in a world that deems her unworthy of success due to her weight. It’s an empowering, heartwarming, hilarious sitcom packed with great performances. At just six or eight episodes a season, Shrill is well worth the small commitment and you’ll binge it in no time / SSL

Master of None (from May 23 on Netflix)

It’s been four years since the second season of Aziz Ansari’s comedy Master of None dropped on Netflix. That season featured one of the best half hours of TV ever made: a Thanksgiving episode focusing on a side character played by Lena Waithe. Season three is doubling down on that episode’s acclaim, exclusively following Waithe’s character Denise over just five episodes. Despite the slightly obnoxious subtitle for the season – ‘Moments in Love’ – I am beyond excited to return to the Master of None world after what feels like far too long. / SSL

Nomadland (from April 30 on Disney+)

Fresh from winning best picture, director and actress at this week’s Academy Awards, Nomadland heads to Disney+ just a few days later. It feels like a slightly odd fit for the streamer, but here’s hoping it will result in a wider audience for a film that in years past could have been relegated to late night screenings at arthouse cinemas. Frances McDormand is probably the most reliably compelling actress of this generation and her performance in Nomadland is one of her most acclaimed. We’re lucky in New Zealand that we can still go out to the theatres, but if you missed Nomadland on the big screen it’s well worth your time checking it out at home. / SSL

If you were 13 when this film came out, you are now 30. Enjoy that information, and enjoy this delightful film that holds up way better than you think it does! / SB

Disney loves an origin story, and they’re utterly obsessed with a prequel, which is why Cruella is dropping on our screens this month. Emma Stone plays the unfortunately named villain in the latest example of Disney wringing its existing IP for all it’s worth. What intrigues me a bit more about this one is that it’s directed by Craig Gillespie, who gave us the delightfully bent I, Tonya, and one of the writers is Tony McNamara, who co-wrote the even more delightfully bent The Favourite. It could be great! But also: Her name is Cruella DeVil. Of course she turned out evil. / SB

This post is made possible by our friends at Nando’s.

Snakes on a Plane

The Sons of Sam: A Descent into Darkness

And Tomorrow the Entire World

Dance of the Forty One

The Woman in the Window

I Am All Girls

Army of the Dead

High on the Hog: How African American Cuisine Transformed America

Master of None: Season 2

Mad for Each Other

What Not to Give an Ogre for His Birthday

You Don’t Mess With The Zohan

Scott Pilgrim Vs. The World

According to Kids: Season 1-2

QAnon: The Search for Q

The Other Boleyn Girl

How to Rob A Rank

City On A Hill: Season 2

A Nasty Piece of Work

Olive and the Rhyme Rescue Crew

RuPaul’s Drag Race Down Under

Edward VIII: The King Who Threw Away His Crown

The Viral Threat: Measles and Misinformation

I Was Lorena Bobbitt

Ann Rule’s A House on Fire

For My Father’s Kingdom

Packed to the Rafters: Season 1-6

In the Long Run

An Affair To Remember

To Catch a Smuggler: Season 1-2

A Wilderness Of Error: Season 1

The Boy From Medellin

What’s new to Netflix NZ, Neon and other streaming services in May