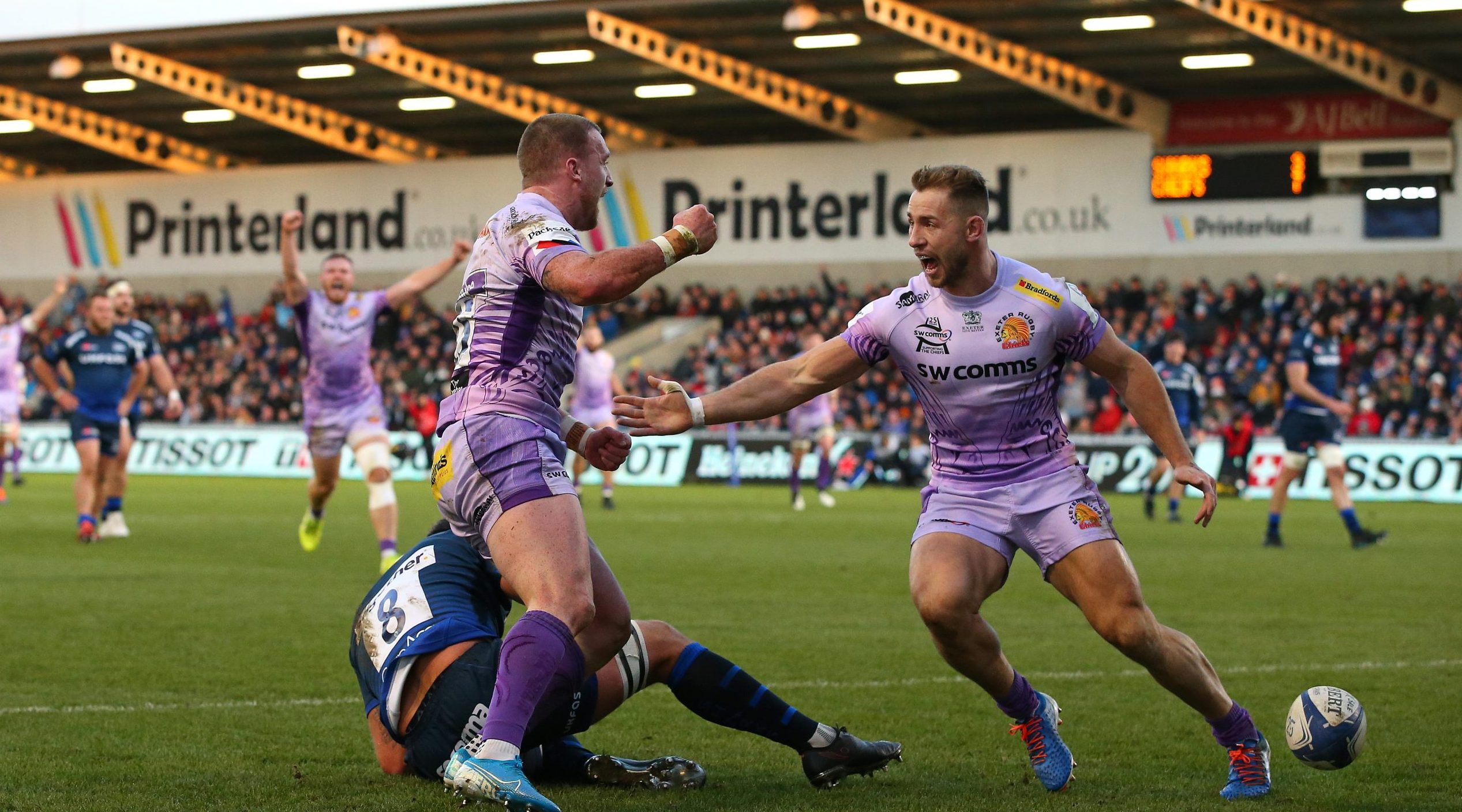 Heineken Champions Cup quarter-finalists Exeter Chiefs will be looking to take their excellent European form into domestic competition this weekend when they host pool stage opponents Sale Sharks in the Gallagher Premiership.

The Sandy Park side have named a side featuring No.8 Sam Simmonds, wing duo Olly Woodburn and Tom O’Flaherty as well as fly-half Gareth Steenson.

They secured the No.2 seed in the Heineken Champions Cup and will play Northampton Saints in the last eight after finishing top of Pool 2 with 27 points, something that Exeter Chiefs director of rugby Rob Baxter was keen to point out.

“We’ve not been in that position because we’ve been fully focused on Europe for these last two rounds and trying to ensure a home quarter-final,” Baxter said to Exeter’s official website.

“Now we have to be the team that can shift our focus the quickest and perform like a team that wants to take charge of some Premiership points.”

Three thrillers on Saturday followed by a super Sunday

Elsewhere, fellow English quarter-finalists Saracens will take on Harlequins on Sunday at Tottenham Hotspur Stadium, the venue that will play host to the 2021 European Finals Weekend while Northampton Saints take on London Irish this evening.

The other French side left in the Heineken Champions Cup, Toulouse, will host Challenge Cup quarter-finalists Bordeaux-Begles on Sunday lunchtime.