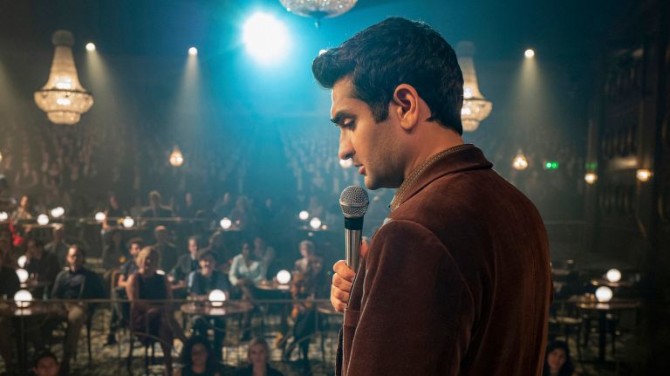 Genre: Thriller/Supernatural
Premise: In the premiere episode of CBS All Access’s Twilight Zone, a bad comedian is given the opportunity to become famous. But that fame comes with a price.
About: When Hollywood showed up at Jordan Peele’s door with a blank check, the first thing he said he wanted to do was revitalize The Twilight Zone. So he teamed up with Simon Kinberg to bring the famous show into the modern age. Kinberg sold the show this way: “We would do what Rod’s instinct and impulse was, which was to break barriers, to tell new kinds of stories, to create something that was so outrageous and noisy and dangerous that it wouldn’t fit into sort of the standard way of storytelling.” Those are bold words. Is that what we got?
Writer: Alex Rubens
Details: 1 hour long

What’d you think we’d be talking about today?

It’s Jordan Peele’s world. We’re all just living in it.

Can Hollywood’s new golden child keep his winning streak alive? Find out with me.

Samir is a terrible comic. He’s convinced that comics need to have “something important to say about the world” for their act to be relevant. His main routine is about the second amendment, a heady dive into what each word in the amendment means. Needless to say, he doesn’t get many laughs.

Then one day Samir is visited by legendary comic JC Wheeler. JC tells Samir that he can be a great comedian. But he has to stop talking about politics and start talking about his life. When his next set tanks, Samir decides to use JC’s advice and tells the crowd about his kooky dog named “Cat.” Out of nowhere, everyone starts laughing.

Except when Samir gets home that night, his dog is gone. In fact, his girlfriend tells him they’ve never had a dog. What’s going on? The next day Samir does a set about his 10 year old nephew who wants to be a comedian when he grows up. Afterwards, his nephew’s been erased from existence.

Samir finally catches on. Whatever he talks about ends up being erased. So Samir begins using this power for evil. For example, he sees old friends on Facebook who he doesn’t like and talks about them on stage so that they disappear. Unfortunately, his success starts going to his head, and soon he’s blowing off his girlfriend and playing ‘cool guy at the bar.’

When Samir is given a chance at landing a big show, he needs only to beat out Didi Scott, his best friend at the club. Of course, why beat her out when he can just talk about her on stage and make her disappear? Will Samir stoop to that level? Or does he still have some semblance of morality in him? 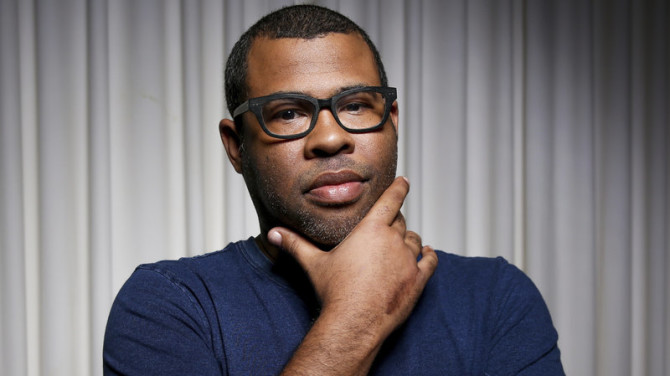 I won’t call The Comedian an outright disaster. But it’s close.

Something feels off about the episode from the opening scene. It was the tone. It’s supposed to be this weighty examination of a comedian desperate for fame. Yet none of the characters were selling it. That’s when it hit me. Every single one of these characters is being played by a comedy actor. Which you would think makes sense in a script about a comedian. But this was a drama. Not a comedy. And the actors didn’t have the emotional depth to nail those dramatic beats.

Something tells me this was a movie idea of Jordan’s. But unlike Us and Get Out, he hadn’t fleshed it out. So he sent it over to his buddy Alex to turn it into a one hour episode on Twilight Zone. Somewhere in that exchange, Jordan forgot to explain what the episode was actually about. It starts out with a sliver of a good idea – Would you be willing to lose the people you love in order to become famous? But somewhere along the way it becomes about a guy who uses his power to make people he doesn’t like disappear.

The longer the episode went on, the more frustrated I got. This was the pilot episode for the rebirth of one of the most iconic shows ever. And you dump this garbage heap up to our door?

It might have been a lost cause from the start. Serious movies about comedians never turn out well. I think there’s two decent ones in all of history. Sure, there’s something ironic about examining the serious side of comedy. But you also take the best thing about comedy – laughing – and eliminate it from the equation. So now we’re just watching depression. Yippee.

That was another thing. I couldn’t tell if Samir’s comedy bits were supposed to be funny or if the audience was only laughing because JC had put a spell on Samir’s routines to make people laugh regardless of what he said. If we’re unsure whether your comedy bits are intentionally unfunny or not, your flick’s got a lot of problems.

The episode FINALLY finds a good thread when Samir, who suspects his girlfriend’s mentor, David, is trying to fuck her, brings it up in his next routine. Afterwards, David doesn’t exist. Except now, his girlfriend is no longer a lawyer. She’s a waitress. Why? Because her mentor, David, was never there to help her. Okay, I thought, now we’re on to something.

But in the very next scene, Samir’s girlfriend gets in a fight with him for no discernible reason. Why is she mad at him, I asked. She was just dying laughing watching his set. Ohhh, because it was time for an “argument scene.” Classic bad screenwriter mistake. Your characters don’t have a reason to argue. But you need them to argue for your next plot point to make sense so let the arguing begin!

Jordan Peele is the coolest nicest guy in the world. I saw him on Bobby Lee’s (a fellow comedian) podcast earlier in the year. The two go way back. When Peele started to blow up, he gave Bobby Lee a huge job that basically paid his mortgage for a year. And he does that sort of thing for a lot of people. But if Peele starts prioritizing helping his friends over creating good entertainment, he’s not going to be the belle of the ball for long. You still have to hire people who are capable of doing the job. The guy who wrote this episode is not capable of doing the job. Nor were half the actors cast in this episode. I hope Peele learns that lesson.

What I learned: Although they found a way to screw it up, The Comedian is a good example of how to add a “tax.” A “tax” is something you add to your hero’s choices. The hero can choose to gain something (fame). But there’s a tax to that gain (something he loves ceases to exist). You should be taxing your characters with every choice they make.