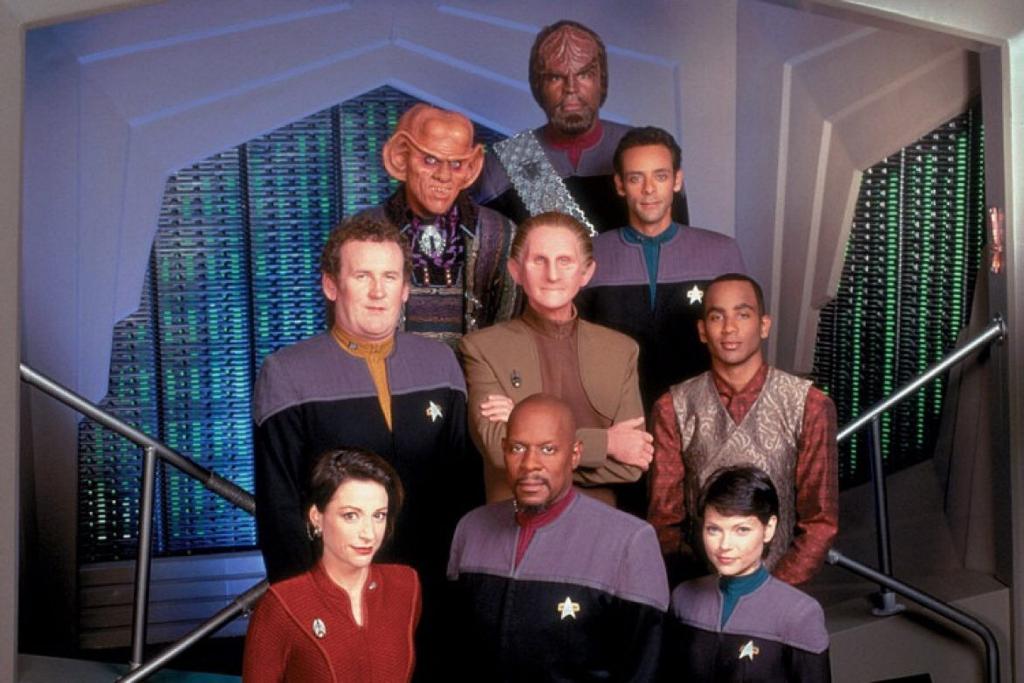 Interview with Nana Visitor: Inspiration for Today and Hope for the Future. (Part 2)

The character of Major Kira is one of Star Trek’s most realistic and thought-provoking because of its depth and constant evolution, including the portrayal of a former rebel soldier struggling with post-traumatic stress.

Can you please share your thoughts on the evolution of Major Kira throughout the 7-year run of Deep Space 9 and if there were any people, either real or fictional, that you used as inspiration for your portrayal of your character?

I had a way of thinking about Kira. She was representative of a person in circumstances that have happened across time and around the globe. The way I act is to drop a way of seeing the world, values, and thought patterns, into my brain and letting that inform me. Then I add the particular circumstances the character is in.

Then, I consider one person in the past that these same circumstances happened to, and think I must be true because it’s an honor to tell their story. Then I think about this character I’m playing that only gets to live in 3-minute intervals (while a scene is filmed), and what I owe this character in terms of bringing everything I am at the moment so that she has the opportunity to live her story. Then I consider someone who I never met, sometime in the future, someone who for some reason needs to hear this particular story. In that way, I feel grounded in the past, present, and future. And that gives me a huge purpose.

I’m Big on flow states and one of the most important things to get you there in work is purpose. Those people, two not fictional, but still unknown to me , and my responsibility for my character’s life, are what inspire and motivate me.

Did you realize from the onset what an opportunity the character of Kira was to showcase the power and independence of femininity, or did that develop over time?

I did realize the opportunity- I was so hungry for it. I played, along with other women of my time period, the killer of the man, the victim of the man, the mother(at thirty I was 5 years older than my son!) wife, daughter…

When I read the script , I called my manager to say there was a mistake- this was a man’s role. I was so energized by the fact that it was not. Even though science fiction was known to be a career killer in those days, I wanted to be Kira. I got a lot of negativity for my portrayal, people who said I shouldn’t be angry, tough, etc, that I did women a disservice by trying to play her “like a man.” But what I was playing was how my body and mind would react to having Post Traumatic Stress (PTS), not some idealized version of how one might hope a female should act, but my very individual subjective truth. Using my 3 females-throughout -time thought to keep me purposeful, I kept my head down and carried on anyway.

A few years ago, when Netflix started carrying the show, I noticed a huge shift. I was at a convention and a boy around 15 wanted my autograph, saying he loved Major Kira and thought she was cool. This started to happen a lot. In 1994, in the middle of shooting a season, I was kidnapped and raped by two men. That night left me with a deep moral injury separate from the rape, and I learned how accurate my portrayal of Kira’s struggle with PTS was by developing a case of it myself. It would take me way longer than 7 years to get healed, however, and I do consider that by the end of our run Kira was an integrated soul once more.

The interplay between Kira and Dukat was psychologically intricate. How would you qualify the evolution of their relationship?

And as for Dukat, I imagine her healing included an acceptance of his personhood, that she could see shades of grey in his character rather than just black and white, but that would be due to her growth, not his evolution. I always thought that, very clearly in her mind, was the thought “never forget” whenever she dealt with him.

What advice would you give young Costa Ricans, particularly girls, who are interested in exploring careers and science, engineering, and technology?

I would have a lot to wish them, but one thing I would say is what I think they must be told constantly already. It’s an all hands on deck moment. The shift in our world will need ALL the bright minds in science, engineering and technology, but we particularly need women to add their viewpoints, their algorithms, their observations and their life experience to make all of it work for all of us, not just some of us. Both men and women will benefit in the long run from their inclusion.
I also know that all work, especially work that has purpose beyond oneself, is actually the true source of having a rich happy life. When you have experienced the joy of losing track of time, feeling as if your work is effortless, feeling connected to yourself and others, you are feeling a level of flow state. It’s like running a little faster than you thought possible, almost falling but you’re not- that feeling comes from becoming an expert in a challenging field. Endless engagement- with yourself, your work and others. Not that there isn’t struggle or dark days, but you can contextualize your struggle by realizing what you are doing is essential to us as a species.

Strong purpose and self motivation will lead us to places I can’t imagine now. I always remind myself, and I still can’t believe it was in my lifetime: I was on the set of Ops talking to someone on some planet through my communicator and said in the break- “ Can you imagine if we had these??” Every time I send a Cameo out I imagine what screen I’m going to appear on in their home or office. I personally can’t wait to see what these young women come up with for our future.

Bruce Callow is a Canadian teacher and co-author of the book To the Stars: Costa Rica in NASA. He does space education outreach work on behalf of NASA.

Interview with Nana Visitor: Inspiration for Today and Hope for the Future. (Part 2)