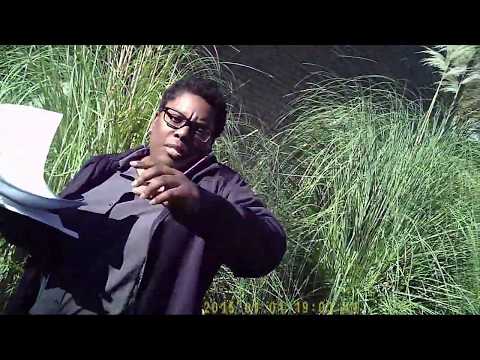 Late last November, Food Not Bombs Atlanta (FNB), an all-volunteer collective dedicated to free food distribution, was setting up for their regular service at the Park 35 Apartments complex in the neighboring city of Decatur, Georgia. FNB had been distributing free meals, groceries, clothing and tenants’ rights literature at this location for over a month — much to the chagrin of the complex’s property manager, who previously claimed that they had no right to be there, despite being invited by residents.

On this particular day, things escalated quickly. Shortly after FNB set up for service, the property manager arrived and called local police. Although the volunteers were prepared with relevant sections of a tenant’s lease spelling out that guests were indeed allowed, and a tenant was explicitly stating that they were her guests, the three responding officers ordered FNB to leave the premises. One of the volunteers, Cam Morgan, questioned the police.

“I focused on drawing attention to the state oppression occurring by continuously asking the police what exactly they would do to people if we didn’t stop handing out free food to residents, who have explicitly said they appreciate and need it,” says Morgan. “After less than a minute of verbally challenging the three people who chose to become cops, and choose to continue to enforce and protect an oppressive system, I was arrested and charged with criminal trespassing and obstruction.”

Unfortunately, Morgan’s arrest is just another instance in a growing trend of criminalizing mutual aid. Despite the need for groups such as FNB increasing over the last few years, more and more municipal authorities across the United States are restricting their work.

The National Law Center on Homelessness & Poverty (NLCH) has been tracking laws criminalizing homelessness, including restrictions on free food sharing in public, since 2006. In their latest annual report, Housing Not Handcuffs, NLCHP notes that, while the U.S. Department of Housing and Urban Development estimates that homelessness has been rising since 2016, the number of cities now restricting food sharing — which homeless people often rely on — has increased 42 percent over the same period. NLCHP estimates that nearly one-in-ten of the 187 cities it surveys now has laws restricting food sharing.

“Many cities have chosen to restrict homeless people’s access to food under the flawed premise that providing homeless people with free food encourages them to remain homeless,” write the report’s authors. “But this theory is not founded on evidence or on common sense. Restricting access to free, safe food will do nothing to end homelessness, which is rooted in a lack of access to affordable housing; instead restrictions on sharing drive hungry people to search for food in unsanitary places or causes them to spend their meager income on food rather than saving it for housing.”

Food Not Bombs Atlanta has experienced the growing criminalization of mutual aid firsthand. In November of 2017, another volunteer was charged with a crime during service at Hurt Park in downtown Atlanta after police claimed it was illegal to share food without an appropriate permit. FNB responded by returning to the park with hundreds of supporters, which apparently unnerved both law enforcement and the local prosecutor.

“When the FNB member showed up to court to face the charge, they found that city representatives did not even show up to court and the charge was dropped,” says Morgan.

Morgan’s own case remains open. After being arrested, she was held in jail for over 24 hours, eventually being released on her own recognizance. Her court date has yet to be set, but already FNB is continuing its work. For the time being, volunteers are setting up outside of Park 35 Apartments, but they feel the location — on the sidewalk next to a high-traffic road — is ill-suited to the needs of the residents, some of whom have mobility issues. Local code compliance officers have also begun trying to push FNB from even the sidewalk, once again claiming that they require a permit to distribute food and threatening them with additional calls to law enforcement.

The entire episode has motivated FNB to do research into the ownership of Park 35 Apartments. They were able to discover that the complex is owned by Related Management, a New York City based real estate corporation founded by billionaire Stephen Ross, who recently hosted a $250,000-per-plate fundraiser for Donald Trump’s re-election campaign.

“The contradictions are not lost on us,” says Morgan. “While Stephen Ross makes millions every year, tenants of Park 35 are harassed for attending a food distro. While Stephen Ross nets in a worth of over $7 billion, Park 35 tenants endure hostile property management.”

The revelation appears to have made Morgan even more committed to FNB’s work.