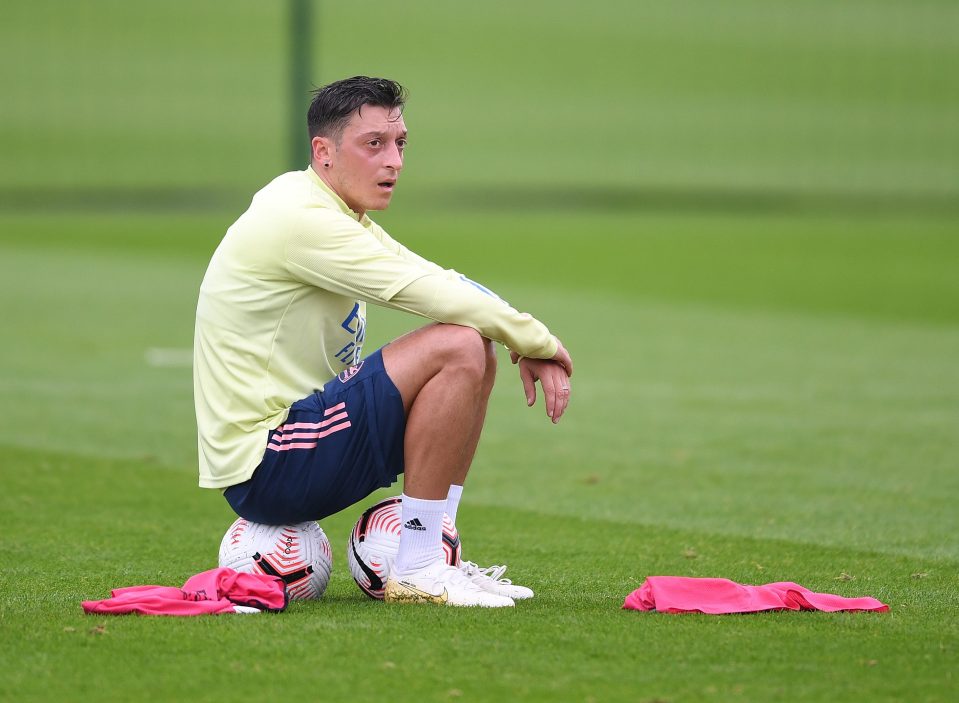 Mikel Arteta insists Arsenal fans will know more about the future of Mesut Ozil in the coming days, but was unable to say the same about Folarin Balogun amid reports of a summer departure.

Ozil has not played for the club since March and was left out of their playing squads this season, but he is still due to collect a staggering £8.75m in wages before his £350,000-a-week deal expires in June.

The German has been linked with January moves to Fenerbahce and DC United, although he could yet be reinstated in Mikel Arteta’s squad this month – or wait it out and leave on a free transfer in the summer.

“We will decide what is happening in the next few days,” Arteta said.

“Now we will have to make another one in January and we will just put in the balance what is best thing for the club, what is the best thing for the team and what the intentions of the player are and try to find the right solution.”

While that situation should be cleared up soon, uncertainty looms over the future of teenage starlet Folarin Balogun.

With his current deal also expiring in June, the 19-year-old striker is allowed to begin talking with overseas teams about joining on a free transfer in the summer.

And according to The Athletic, Balogun is on the verge of a pre-contract agreement with an unnamed foreign club.

“I’m not saying he’s stopping [the talks], it’s that we need to find an agreement with him.

“We are negotiating with an agent, with a player that wants to stay at the club and we need to find an agreement.