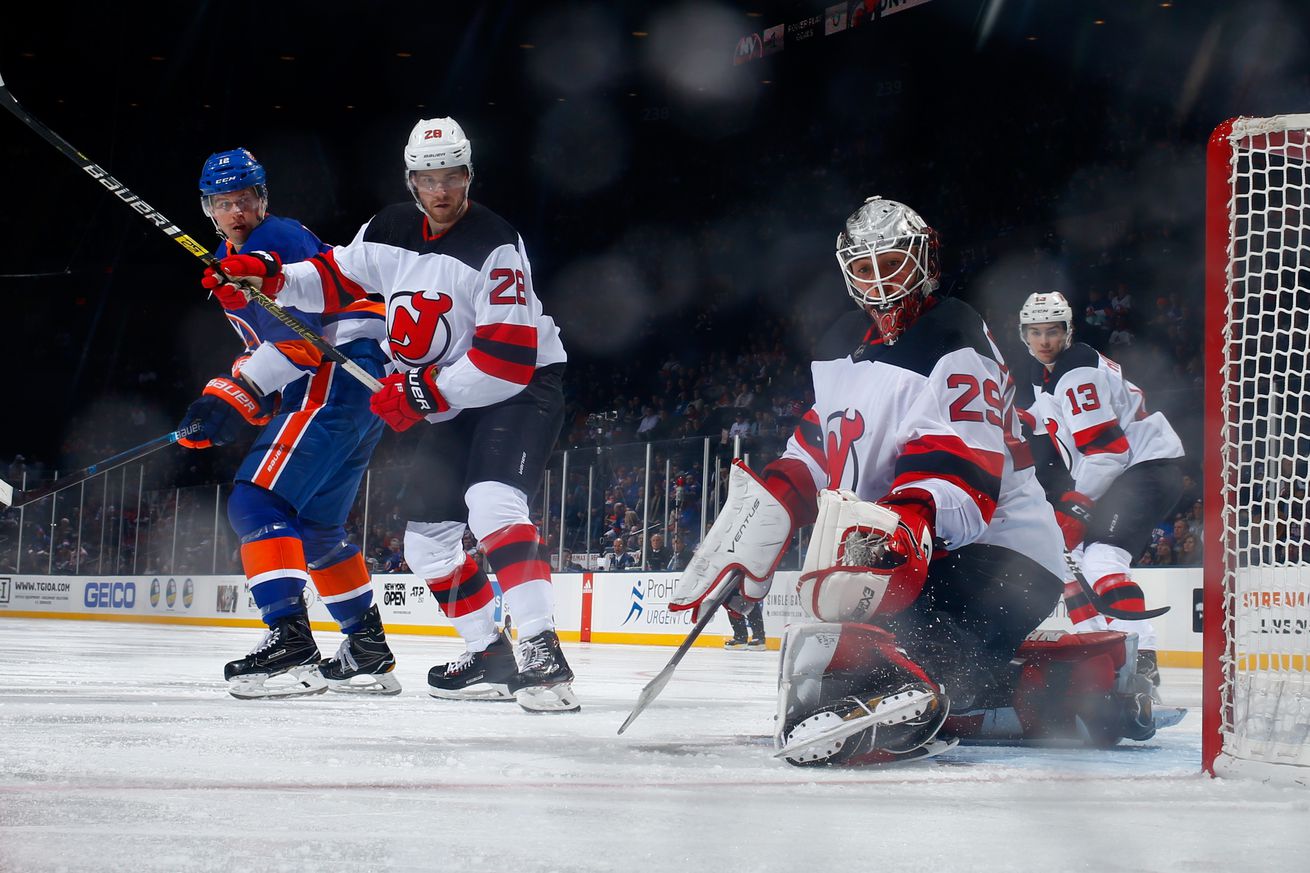 Smile for the camera, Mackenzie. | Photo by Mike Stobe/NHLI via Getty Images

The Islanders enter a new year by hosting the Devils on Long Island. The game at the Coliseum will be on NBCSN, for those watching at home.

New York will send out Semyon Varlamov for the third straight game after his outstanding work during the third period of Tuesday’s game against the Capitals. He’ll go against New Jersey’s Mackenzie Blackwood.

The Islanders had an optional morning skate today, but Jordan Eberle was out early with Michael Dal Colle and Noah Dobson, who have been the extras of late.

Noah Dobson and MIchael Dal Colle, who have been the healthy scratches, out early along with Jordan Eberle working with both goalies before #Isles morning skate. They host #NJDevils tonight at Coliseum.

Is Eberle a healthy scratch? Is he dealing with a nagging issue? Is he fine and he just wanted to get on the ice early today? We’ll have to wait until warm-ups, at least, to find out.

The Devils, meanwhile, will be without 2019 no. 1 overall Jack Hughes, who is out with an upper-body injury. Here are the lines they were rolling with today in their morning skate.

#NJDevils skating these current lines at morning skate ahead of tilt with the Islanders:

⚠️ Jack Hughes was unusually the last player on the ice this morning, and did not take line rushes in his usual spot.

Will get an update ASAP. pic.twitter.com/mwtOnnQr9G

Hear what Barry Trotz has to say about playing New Jersey, whom he says has been playing their best hockey of the year of late now that the Taylor Hall-sized elephant is out of the room.

Trotz ahead of tonight's game against the Devils. pic.twitter.com/YFggfr0eiB