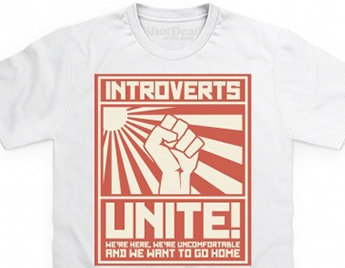 Having congratulated President-elect Biden on his win, Boris Johnson has had his first post-election conversation with the next ‘leader of the free world’ – and we imagine there were a couple of awkward moments discussing Brexit’s effect of the island of Ireland.

10 Downing Street released some standard shots of the PM on the phone to mark the occasion, though for all we know he could have been ordering a pizza – probably with pineapple, the reprobate!

First photo of @BorisJohnson chatting to @JoeBiden to congratulate him on his election. pic.twitter.com/5JtRoCw1Ux

And the Mirror’s Dan Bloom set a challenge.

These were the funniest we saw.

"………terrible line Mr President Elect. It almost sounds as though you're saying I'm a fanny and a jerk" https://t.co/AUqMYT4q0q

“Hello is that…the winner… of the free and fair American election…
Joenald…Bump?” https://t.co/RT3vy6Vmf0

“Hello, Joe, good to finally-
…
No, I didn’t mean all those racist-
…
Yes, the part-Kenyan thing was a bit-
…
Well, if you think about it, we all break the law at some-
…
There’s really no need for that lang-
…
Yeah, I will fuck off, but not because you told me to.” pic.twitter.com/4nef2fCTWz

What I don't have are a very particular set of skills, skills I have failed to acquire over a very long career. A lack of skills that make me a nightmare for people like you. If you let my one of my many children go now, that'll be the end of it. https://t.co/45EhVCDtM4

"Yes Mr Biden, so you want me to tell the press I think you're a bigly loser and a cheat who isn't the real President" pic.twitter.com/ZFvOMsK5O1

IS HE STILL DRIVING THAT RENAULT MEGANE? CAN I JUST READ YOU SOMETHING FROM TOP GEAR MAGAZINE? 'WITH A MERE NINETY-BREAK HORSEPOWER AVAILABLE, PROGRESS IS TOO LEISURELY TO BE CALLED FAST. BUT ON A MOTORWAY, IN FIFTH GEAR, THE MEGANE'S SLOW PACE REALLY BECOMES A PAIN' https://t.co/l71hQbBX0o

“Have you been involved in an accident that was not your fault?” https://t.co/qsoorNaiIC

"FATHER CHRISTMAS? IS THAT REALLY YOU? Cand I please haves a 'Eagle Eyes Action Mans', a Choclit Oringe and a poster of a lady with boobs please?" https://t.co/ZaodcUhlU4

Yes yes a blonde, thank you it’ll be cash https://t.co/A4evVfw6FH

Finally – if it really were an awkward call, this might well have been the seen five minutes later.

The post The 15 funniest captions of the pics of Boris Johnson’s phone call with Joe Biden appeared first on The Poke.