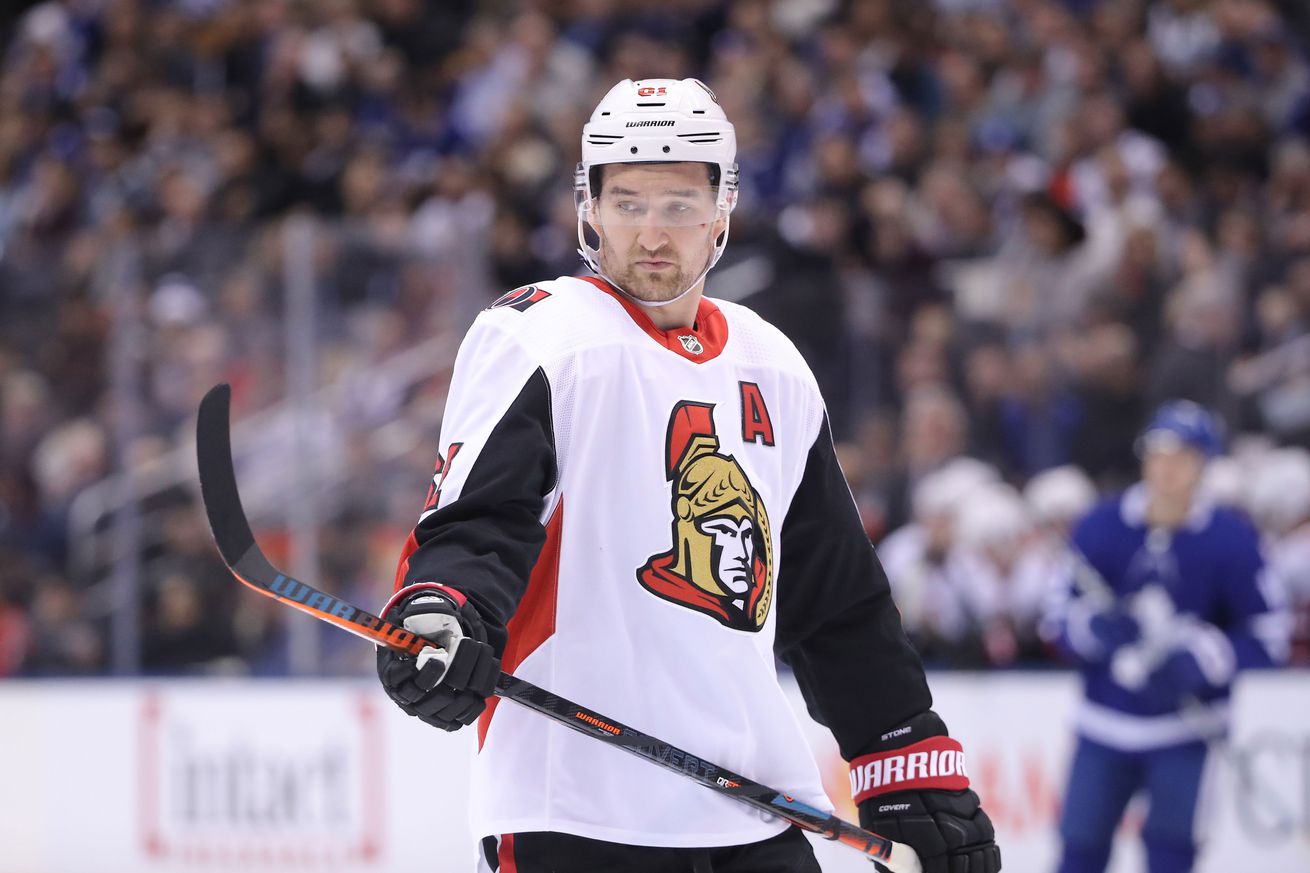 Are the Golden Knights officially out of the Mark Stone sweepstakes?

Something tells me this trade deadline won't be like last year’s.

With less than 24 hours remaining until the NHL trade deadline, you would think the market for Mark Stone would be heating up. However, according to Sportsnet’s Nick Kypreos, the opposite is actually happening and the market for the highly coveted 26-year-old winger is “drying up.”

The market is drying up on Mark Stone for the Ottawa Senators for no other reason than because they're ask is so high. They’d love to mirror the pieces that they got with Duchene. The difference is the prospects out of Columbus are regarded as maybe Bs and Cs, and what they're looking for Stone is grade-A, guys that actually can step in and play right away.

And right now, there doesn't seem to be any teams biting, including the Winnipeg Jets.

If we were to handicap just the teams that solely are interested in Stone, we’d have Winnipeg at the top, followed closely by Calgary and maybe Nashville and Boston on the outside looking in. And if I’m Ottawa right now, I hope the market can reset between now and Monday at 3 p.m. eastern in hopes of maybe one more crack at it.

As for what the potential asking price for Stone could be, TSN’s Bob McKenzie, Pierre LeBrun and Darren Dreger said on Thursday’s episode of The Bobcast that Ottawa is hoping for a “two to four asset haul” that would include two prospects and two first round picks.

When you consider Kypreos said the Blue Jackets gave up B and C-level prospects for Matt Duchene and Ryan Dzingel, a pair of prospects, which would likely need to be more highly touted than the prospects they got from Columbus, is quite the ask from Ottawa.

From the Golden Knights’ perspective, the ask of two first round picks is something George McPhee likely expected. But if reports of Ottawa hoping for two — presumably high level — prospects are true, that would likely mean Vegas would have to part ways with some combination of Cody Glass, Erik Brannstrom and/or Nicolas Hague.

I feel pretty confident saying that despite the Golden Knights well documented interest in Stone, McPhee would definitely say thanks, but no thanks on a potential deal involving those kind of assets.

Unless the asking price comes down between now and Monday’s deadline, it seems like Vegas’ pursuit of Stone will have to be put on hold until the summer when he can become an unrestricted free agent, which, according to McKenzie, is a “much more likely than not” scenario.

Are the Golden Knights officially out of the Mark Stone sweepstakes?