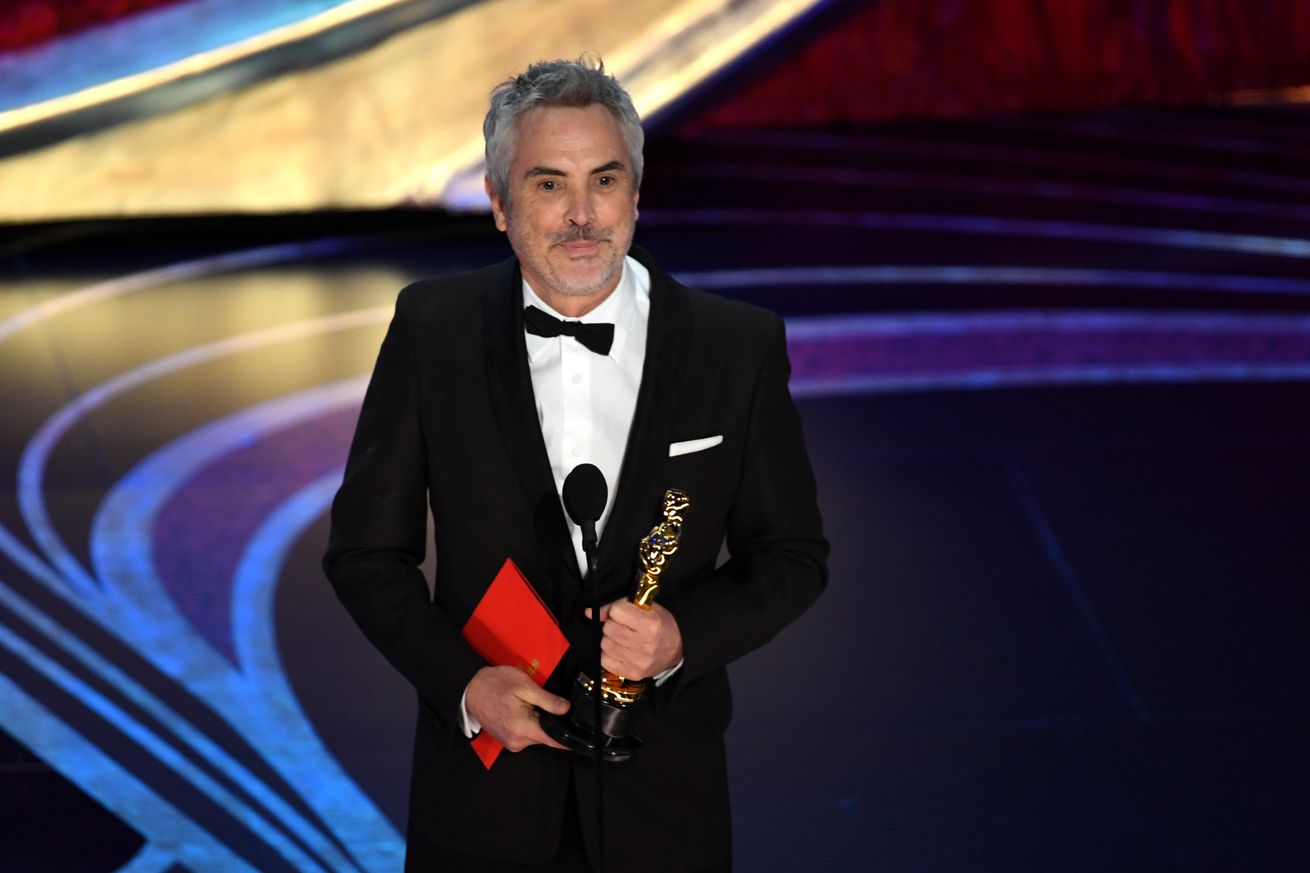 The 2019 Oscars ceremony got off to a mildly awkward start, as Maya Rudolph, Tina Fey, and Amy Poehler, presenting the Best Supporting Actress award, did a little comedy routine acknowledging that this year’s presentation has no host, no Most Popular Film award, and no awards given out during commercials. (“And Mexico will not pay for the wall.”) It was a wry little dig at the many embarrassing controversies the Academy of Motion Picture Arts and Sciences have faced this year as they attempted to retool the ceremony. The attempts to shorten the ceremony by cutting some awards, while simultaneously adding more crowd-pleasing elements, led to a lot of online backlash.

The producers responded by streamlining the ceremony in quieter ways: the show, still in progress, moved along briskly, with nominees’ mics being rapidly cut off if they aren’t brief and to the point in their acknowledgment speeches, and most presenter setups keeping things short and to the point. The exception: a bunch of dry comic business involving Melissa McCarthy and Brian Tyree Henry, dressed in elaborate costumes meant as a visual joke referencing Best Picture nominee The Favourite. The stuffed rabbits and bunny puppet are a reference to the pets Olivia Colman’s character, Queen Anne, obsesses over in the film.

The gag might have worked a bit better if it hadn’t come immediately after Best Makeup and Hairstyling winners Greg Cannom, Kate Biscoe, and Patricia Dehaney were forced offstage midway through their speech, but then, the recent history of Oscars is entirely about trying to find a balance between speeches and the parts of the ceremony that are arguably just about entertainment and celebrating the concept of the movies, instead of specific films.

The 2019 winners, updated as the ceremony progresses:

Actress in a Supporting Role — Regina King, If Beale Street Could Talk

Best Actress in a Leading Role — Olivia Colman, The Favourite

A complete list of the 2019 nominees can be found here.