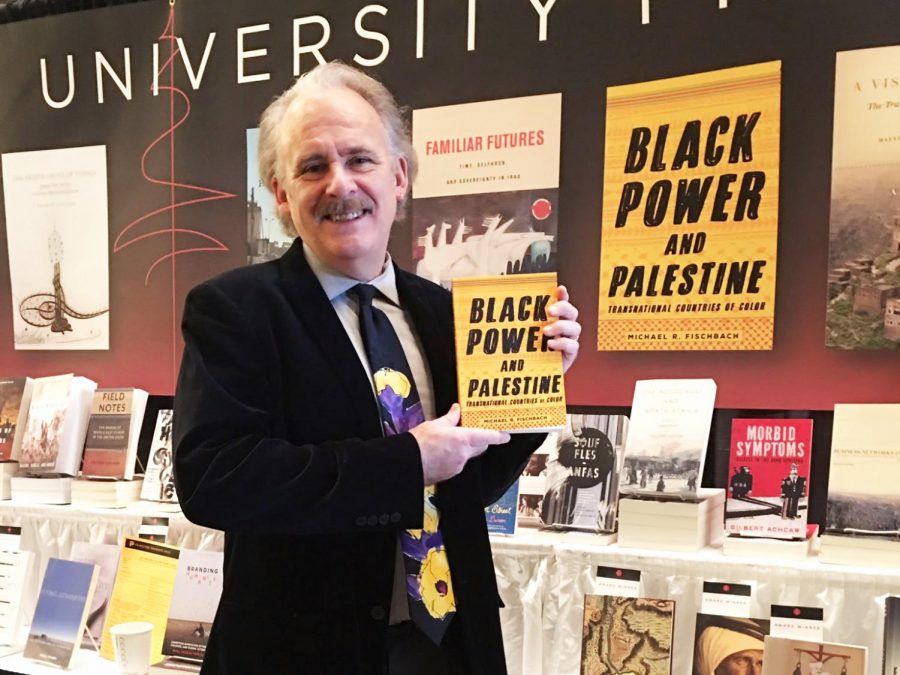 Two RSOs co-hosted a discussion with the author of “Black Power and Palestine: Transnational Countries of Color” regarding the connection between Black and Palestinian struggles.
Dimitri Love, senior in LAS and member of Black Students for Revolution, said that Students for Justice in Palestine and BSFR have been discussing hosting a joint event for a while. After Love picked up a book talking about how Black and Palestinian struggles are intertwined, he decided to reach out to the author in hopes to get him on board.
BSFR and SJP decided on having a general informative discussion regarding the link between Black struggles and Palestinian struggles, followed by a question and answer session with Michael Fischbach, the author of the book.
The discussion began with two common ideologies that have had a historically negative impact on both Black people and Palestinians: settler colonialism and imperialism. Members of both organizations also drew comparisons between police in America and Israeli Defense soldiers.
“As the IDF are stationed across all occupied areas in Palestine, police in the U.S. station themselves in predominantly Black and Brown communities,” said Creen Ahmad, junior in ACES and member of SJP.
Other aspects of intersection that BSFR and SJP touched on include a similar pattern in terms of environmental racism that disproportionately affects Black Americans and Palestinians, as well as higher incarceration rates for both groups and other forms of discrimination.
“The Palestinian people are living in a modern day apartheid regime,” said Jamiel Abed, sophomore in Engineering and member of SJP. “There is so much segregation that goes on in Palestine, they drive on different roads, there is a physical wall that separates the Israelis and Palestinians,”
Fischbach noted the linkage between Black Power leaders and Palestinian causes. He discovered, after years of research, that the prominent civil rights leader Malcolm X visited Gaza due to this intersectionality.
“Black Power activists believed fervently that they were part of a wider battle against imperialism and white settler colonialism directed against fellow peoples of color like Palestinians,” according to Fischbach.
Members of BSFR and SJP say the main takeaway from this event is to educate people about the long standing history of Black and Palestinian solidarity that was highlighted in the book written by Fischbach.
“The struggles Black people face in America, or globally, are kinda identical experiences that Palestinians face,” Love said. “We should be in link and in solidarity with Palestinians as well as standing in solidarity with Black people.”
Love advocated for people to “be on the side of humanity” and noted how he believes that Palestinian struggles are often not discussed and advocated for as heavily as they should be.
“I’ve come to notice that that is ignored when it comes to Palestinians,” Love said. “When we talk about human rights across one marginalized folks or oppressed folks, we need to not turn a blind eye to another.”

The post RSOs discuss intersectionality of Black and Palestinian struggles appeared first on The Daily Illini.