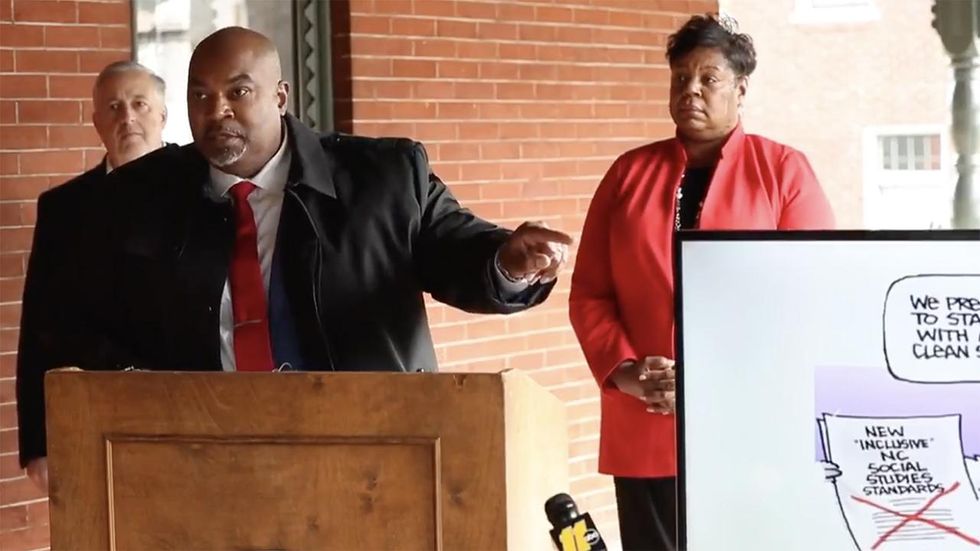 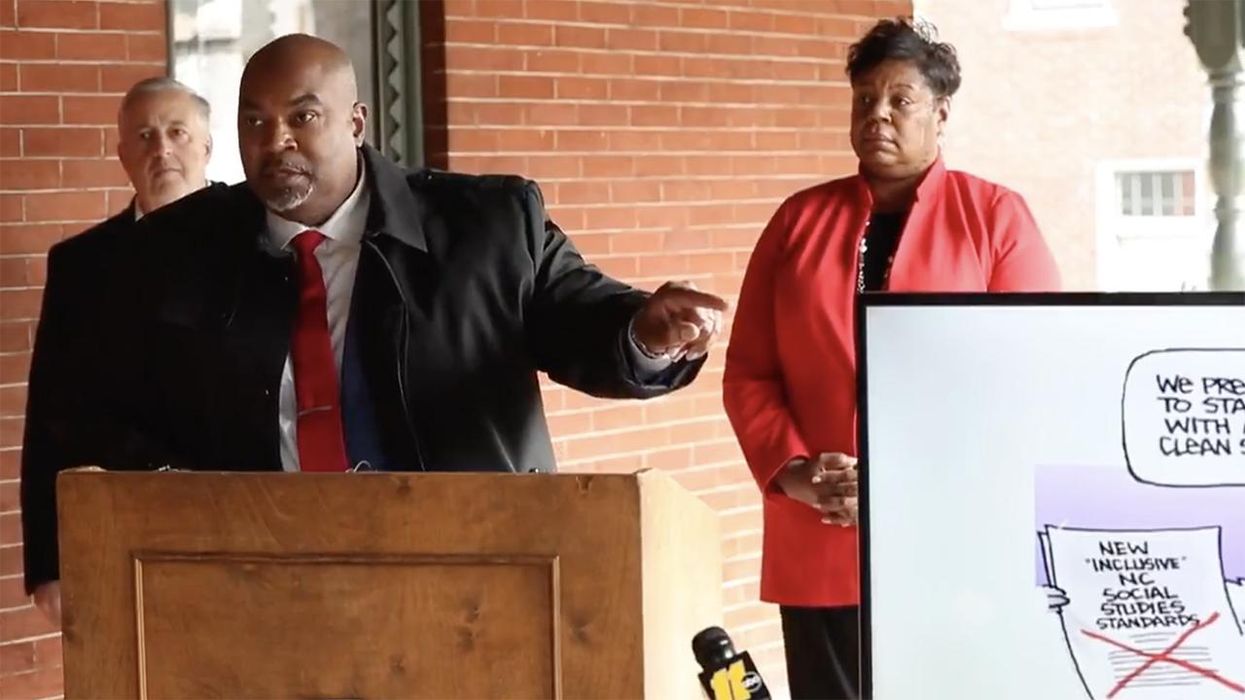 North Carolina Lt. Governor Mark Robinson is what politics should be. He spoke out on gun rights, an issue he was passionate about. He felt called to serve after doing so. Now, he's a statewide elected official in North Carolina. The first African-American to hold the position. Robinson being African-American is important to this particular story because a news outlet released a political cartoon implying he's a member of the KKK. Not him specifically. But he and the other Republicans on the state school board, for rejecting what they felt was leftist propaganda being taught in schools. The people promoting the agenda used the word "systemic" a lot. You know, two sides to the story and all that.

But for whatever reason, a cartoonist thought this was appropriate.

Today WRAL released this cartoon depicting our Lt. Governor, Mark Robinson as a Klansman because he won't bow to the leftist anti-American agenda they are pushing in our schools! pic.twitter.com/RhJ8SiIuI6
— Tracy Philbeck (@tracyphilbeck) February 3, 2021

As you can imagine, Lt. Gov. Robinson — who, as I said, is a black man — was not amused by the comparison. And he lit into both the media and the hypocrisy.

Newspaper cartoon depicts @MarkRobinsonNC, the first black Lt. Governor of NC, as a klan member. See his response below. Every member of the @GOP should watch this and learn. pic.twitter.com/uOckdDNAw9
— Mike LaChance (@MikeLaChance33) February 3, 2021

On the second day of Black History Month, the first black lieutenant governor of North Carolina has been portrayed as racist. That you would portray a black man, just because he's in the GOP, as a Klansman …. the hypocrisy is mind-numbing, folks.

No response to the Lt. Gov as of this writing. I will update this post if I hear of one. My guess is the "cartoonist" will probably let you know how some of their best friends are black. Or some version of that. When in actuality, it may just be that the "cartoonist" is a systematic asshole.

Not subscribed to the podcast? Fix that! It's completely free.