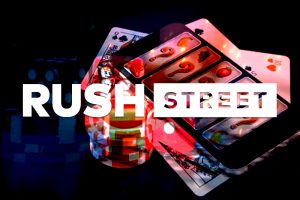 US online casino and sports betting operator Rush Street Interactive (RSI) is set to list on NASDAQ through a merger with publicly traded special purpose acquisition company (SPAC) dMY Technology Group, Inc. in the latest of a flurry of similar deals to have been announced over the past few months.

RSI and dMY confirmed their merger on Monday after reports emerged over the weekend that the online gambling operator was mulling listing through a tie-up with the blank check company which went public in February to raise $230 million in its initial public offering.

The pending merger values the combined company at approximately $1.78 billion or 5.6x RSI’s projected revenue for 2021 of $320 million. The transaction was unanimously approved by the Boards of Directors of both RSI and dMY and is pending approval from dMY’s shareholders. It is also subject to other customary closing conditions, including certain regulatory approvals.

The merger between the gambling operator and the SPAC is expected to close by the end of the year.

It should also be noted that it is the first US-based iGaming operator to launch a legal gambling website in Latin America. The company is licensed to operate in Colombia’s lucrative regulated online gaming and sports betting market.

dMY co-founders Harry You and Niccolo de Masi will be part of the combined company’s Board of Directors. Mr. You currently serves as the blank check company’s Chairman, while Mr. de Masi is its CEO.

When the transaction closes, dMY will rebrand as Rush Street Interactive, Inc. and will change its NYSE ticker symbol to RSI.

Commenting on the pending merger, Mr. Schwartz said that the transaction will help RSI enhance and broaden its product offerings and attract more players. Mr. Bluhm added that the deal will provide RSI with access to growth capital that would allow for expansion of the business in a fast-growing market.

RSI’s combination with dMY is the third gambling SPAC merger announced this year. In April, online sports betting and gaming operator DraftKings completed a three-way combination with gambling technology provider SBTech and SPAC Diamond Eagle Acquisition Corp. that resulted in the creation of a $3.3 billion enlarged gambling group that went public on NASDAQ.

Late last month, blank check company Landcadia II and Tilman Fertitta-owned online gambling business Golden Nugget Online Gaming, Inc. announced a similar deal. The transaction is expected to close by the end of the third quarter of the year. The deal paves the way for Golden Nugget to list on NASDAQ.