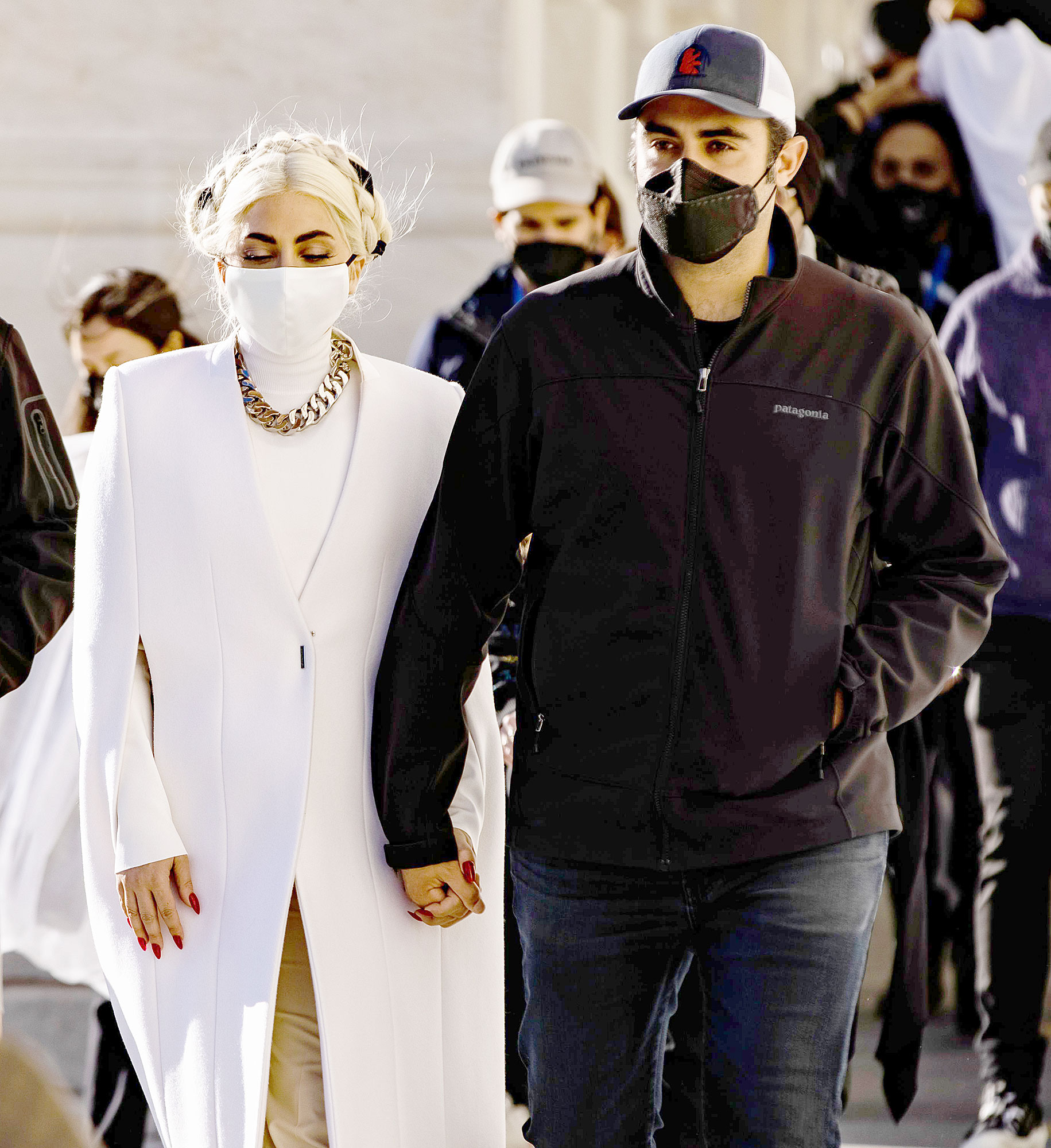 Rock-solid romance! Lady Gaga and boyfriend Michael Polansky are “beyond smitten with each other,” a source exclusively tells Us Weekly.

“Michael really is a great guy. He’s down-to-earth, smart and focused on his businesses,” the insider says, noting that the Parker Group CEO, 43, is “not dating Gaga for the fame.”

Polansky “brings real stability to her life,” the source says, adding, “When they’re together, they are always touching, giggling and it’s obvious they really love each other.”

The insider “can absolutely” see the A Star Is Born actress, 34, getting engaged to the San Francisco native but says they “haven’t heard about anything coming soon.”

“We had so much fun in Miami,” the Grammy winner wrote alongside a photo of herself cuddling her man in February 2020 after the event. “Love to all my little monsters and fans, you’re the best!

Six months later, a source told Us that the entrepreneur likes to treat Gaga to “nice things and experiences.” The American Horror Story alum “loves to be wined and dined and taken care of, and Michael certainly does that for her,” the insider said in June 2020. “He loves to take care of her and spoil her.”

Polansky supported his girlfriend during her inauguration rehearsal for President Joe Biden and Vice President Kamala Harris’ swearing-in ceremony on Wednesday, January 20. The couple were spotted walking hand in hand ahead of Gaga’s performance of the national anthem.

“Gaga feels immensely honored to have been asked to sing the national anthem at the inauguration,” a source told Us at the time. “She is grateful to have the support of Joe, Jill [Biden], her family, her boyfriend and the American people.”

The pair were also photographed sharing a kiss amid the inauguration in Washington, D.C.