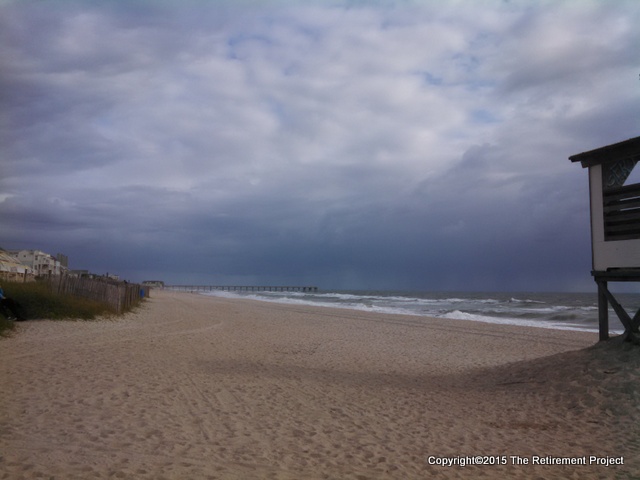 Posted by TJ
November 22, 2015
The crew of Kintala is struggling to get south, and it seems many of the cruising tribe are sharing our travails. Hurricane Kate and my Father's passing put us weeks behind where we had hoped to be. So we are, once again, caught in late Autumn's relentless series of low pressure areas spinning off the mainland, along with their associated cold fronts. We have been in Wrightsville Beach for nearly a week, and it is starting to feel a lot longer than that. The wind in the rigging sings a note of 20 knots worth of wind out there right now. Near gale force winds are forecast for the next 24 hours. Two potential weather windows have already collapsed, and it looks like two days is about all we are going to get on the back side of this current cold front.


We have heard rumors that some of the places we would like to be, parts of the Bahama Islands, are enduring a bit of a crime wave. It seems that fancy, and some not so fancy, fishing type boats (particularly those sporting outboard engines) have taken to disappearing from their docks. They turn up later sans engines and avionics gear. I suspect the rumors are a bit overblown, not that they matter much to us anyway. I can't imagine 30 year old sailboats are much of a temptation. And though Dink theft is a constant concern, a Merc 3.5 hp that can barely get out of its own way on good day, probably isn't much of a temptation either.


I have to say though, if the rumors are not overblown, I hope a bunch of the fishing types here in Wrightsville are planning a trip to the Islands. Apparently the fish in these parts are very fast. Blasting through a bunch of anchored boats must be the only way the fishy types can hope to run them down to snag a share. Or maybe they are worried about getting a parking spot at the town dock. Either way, we are regularly rocked as these guys slalom around our hull. Which is weird because both the docks and the bridge that mark the fishing spot they all head for, are barely a few hundred feet away. Slowing down a bit as they go through the anchorage would add, maybe, two or three minutes to their trip. As usual, when it comes to people who live on land, I wonder, “Just what is the hurry?”

The Islanders, and their “Island time” would make much better use of the boats. So far as I am concerned, they are welcome to them.

One would think a nod to “Island time” would help shrug off a weather delays like the one we are enduring now. And I am trying. But there is a glitch. The Islands have their “time” but they also have their “temperature”. (I think the two are related.) Here the temperature will touch lows of the mid 30s in the next couple of days.

Time to get to the Islands mon.

Email ThisBlogThis!Share to TwitterShare to FacebookShare to Pinterest
Source: theretirementproject