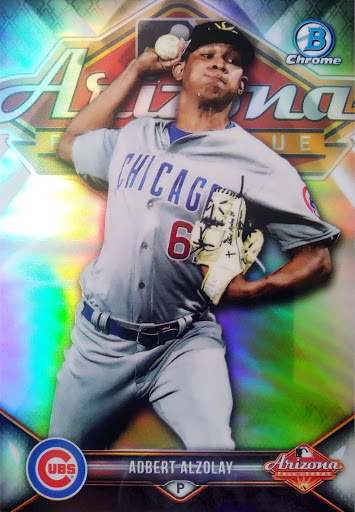 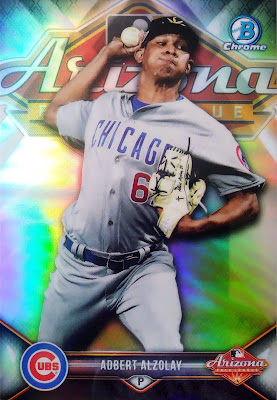 What a roller coaster.

Early this week, Kyle Hendricks went on the 10-Day IL due to shoulder soreness.  With "the Professor" being an incredibly reliable and consistent presence out of the starting rotation over the past half decade, this murky injury made Cubs fans quite nervous.  This, of course, did not get better when it was revealed that this soreness was actually an impingement that may very well keep the ace out of action until the All-Star break.  We North Side rooters have our fingers crossed that this injury does not blossom into something even worse over the next few weeks, as Hendricks' health could have major ramifications on the team's chances in 2019.

As foreboding as this development was, there was one positive side effect that we Cubs faithful could distract ourselves with:  it was Adbert Alzolay time! 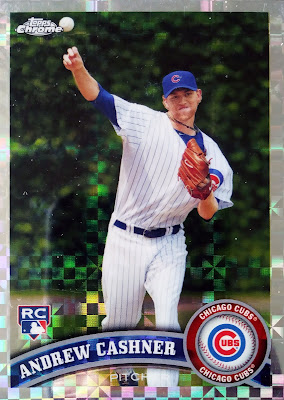 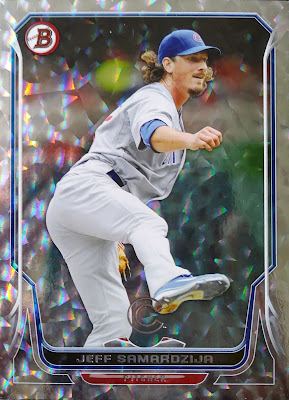 The Venezuelan native is the first bonafide starting pitching prospect to rise out of the Cubs system since the days of Jeff Samardzijia and Andrew Cashner.  In fact, as of this writing, Rob Zastryszny remains the only Chicago-raised farmhand to start a game at the MLB-level for the Theo Epstein regime.  As storied as their World Series-winning rebuild has become, this team was assembled almost entirely on developing bats and then buying pitching.  It's become something of a running joke over the last few years that Epstein and crew simply cannot groom moundsmen and Adbert is their best shot at re-writing this narrative. 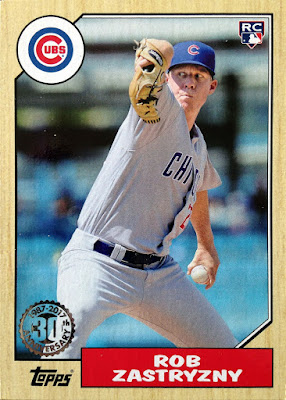 It just so happened that the former top-100 prospect's last turn through the AAA Iowa Cubs rotation fell on the same day as Hendrick's most recent start.  Additionally, it had already been made public knowledge that the front office was hoping to get Adbert some time in the majors soon, both to serve as welcome respite for a very veteran starting rotation and as an audition for the stretch run.  Though he missed the second half of last seasons and some time early this year, the young hurler has been carving up the Pacific Coast League.  After all, he has 1.93 ERA in his last five starts with 40 strikeouts and three walks in 28 innings, good enough to earn him the PCL Pitcher of the Week award.

With these factors in mind, it seemed like the perfect opportunity to add Adbert to the 25-man roster and those of us who bleed Cubbie Blue were starting to dream on how Alzolay's three plus-pitch repertoire might play against the Mets.

Welp, instead of getting pumped up, we were forced to pump the breaks instead.

As it turned out, although Adbert was very much in play for the rotation spot, it was decided that the revitalized Tyler Chatwood should get first dibs on the vacancy.  After all, Chatty has turned things around, out of the bullpen, so far in 2019 and has already delivered an impressive spot start once this year.  There was worry that skipping over the righty would disrupt the team chemistry and I, for one, can see how Tyler might feel slighted.  So, I understood why Chatwood would end up getting the call against the Mets today instead of Alzolay, but the wind was definitely gone from my sails. 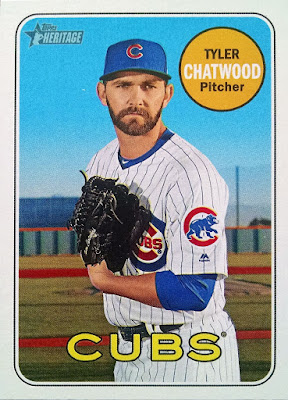 Then - late last night - the situation changed, yet again.

With Chatwood getting the start, there would be no trustworthy long reliever in the bullpen.  Seeing as Tyler isn't completely stretched out, the Cubs definitely needed somebody available to "piggy back," seeing as one cannot reasonably expect a deep start out of a guy who hasn't pitched more than two frames in a month.  With that in mind, a roster move needed to be made in order to properly staff the bullpen and it probably would have made the most sense to call upon the scheduled starter for Iowa... wait a minute...

It's Adbert time, after all!

Now, we Cubs faithful get to have our cake and eat it too - Chatty gets the starting chance that he's earned and Alozlay still gets to make his Major League debut.  With a struggling Mets team limping into town, tonight's contest has the potential to be quite lucrative for both men.  Here's hoping that both Tyler and Adbert come through and make the most of their opportunities.  And speaking of opportunities, as for who will take the next turn in the starting rotation, we'll see.  Perhaps it will be whichever of the two moudsmen pitches better tonight?  All the more intrigue to tonight's tilt. 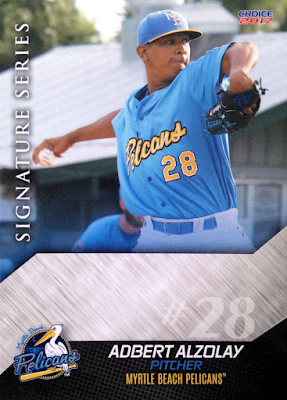 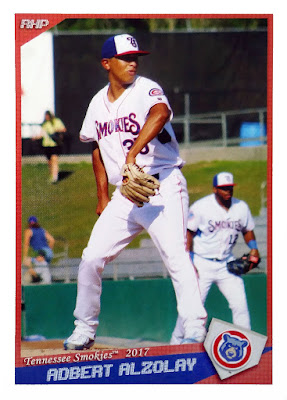 Anyway, with last night's somewhat surprising announcement, I now have the chance to add Adbert to my Cubs All-Time Roster Collection, my most treasured tome.  Being that Alzolay has been a top prospect for several years now and owing to the fact that I've now toured and bought card sets from a pair of Cubs minor league facilities (Myrtle Beach and Tennessee) where Adbert had made stops, I'm lucky enough to have a handful of options to serve as his cardboard representation.  This is not always the case when the Cubbies call upon a hurler from the bushes; so for that, I am thankful.

However, all three of my options are technically minor league cards - two from Cubs affiliates and one from the Arizona Fall League.  The former two are treasured souvenirs from a pair of lovingly-remembered vacations while the latter is a cheap single that I picked up from my LCS on the same day as my Steve Cishek "Cubgrade."  Now, I have to decide which one will hold down the fort until Adbert earns his inevitable rookie card from the old bubblegum company, at which point all three will slide over to my "Nothing Major" binder.

Despite the more personal connections to the Pelicans and Smokies cards, I'm leaning towards the card which heads up this post - the 2018 Bowman AZL Fall Stars insert.  I tend this way mostly because the Fall League uniforms are almost identical to true Cubs jerseys (excepting the hats) and... well... it's shiny and I like shiny.  However, I haven't made a decision with great conviction yet; so, please feel free to weigh-in on the matter in the comment section below. 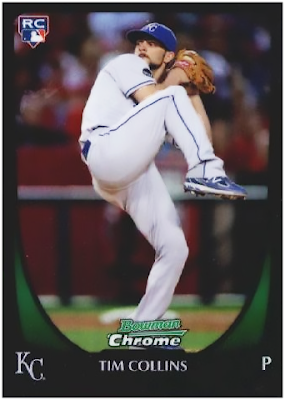 It should also be noted that in order to make room for Adbert's ascension, the Tim Collins era was forced to come to an end on the North Side.  The LOOGY was designated for assignment and - since he still had minor league options - this is indicative that his time in Cubbie Blue has more than likely come to an end.  Acquired at the end of Spring Training and spending most of his time at AAA, the fairly diminutive hurler gave up 3 runs in 7.2 innings (8 games).  This works out for both parties:  Collins will now have the chance to latch onto another club with a less crowded pen and the Cubs have freed a 25-man roster spot for Alzolay and a 40-man spot for Tony Barnette, who's rehab assignment is just about complete.

Goodbye, Mr. Collins (we hardly knew ye) and hello, Mr. Alzolay.  Welcome to the Major Leagues and to my CATRC.  Here's hoping that Adbert joins in the yearlong tradition of making the Mets look hapless and proves he's Major League ready.  His emergence would go a long way towards easing the loss of Kyle Hendricks and take some of the heat off of Theo Epstein for not being able to develop pitchers.

Go have yourself an AlzoDAY, kid!