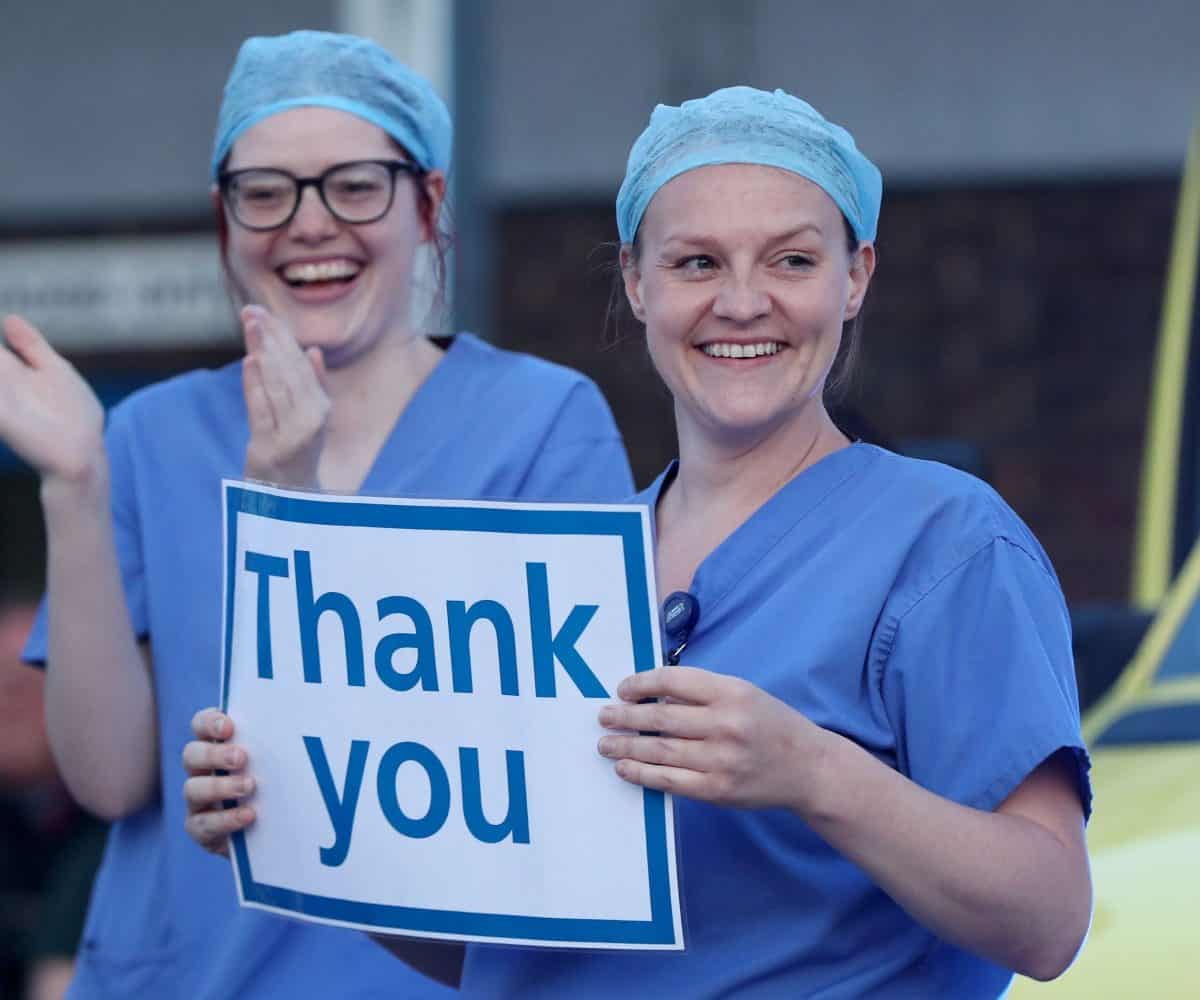 An ex-Tory health minister has said it is the “wrong time” to be restraining the pay of NHS workers who have gone “above and beyond” battling the coronavirus crisis.

In a sign that a Conservative rebellion over the government’s one per cent pay rise recommendation may be brewing, MP Dr Dan Poulter has called for a rethink on the proposal.

Dr Poulter, who has been assisting on the NHS front line during the pandemic, said it is “very valid” for ministers to turn their attention to paying back the £400 billion borrowed during the coronavirus crisis – but it is the “wrong time to be making this decision”.

He told BBC Radio 4’s Today: “A lot of health professionals in the early part of the pandemic were working without the right equipment to protect themselves, and many people have gone above and beyond the hours they are already paid for during the pandemic and have really pulled together in very difficult circumstances.

“For me, this is, from a moral perspective, the wrong time to be applying pay restraint.”

Dr Poulter called on ministers to accept whatever the health service pay review body recommends in terms of a salary increase, and argued it would be “counterproductive economically to squeeze permanent wages” as it has caused the NHS agency bill to balloon in the past.

Senior Tory backbenchers Sir Roger Gale and Andrew Percy are among those to have broken ranks to criticise the one per cent decision in recent days.

Labour has argued the pay recommendation amounts to a “real terms cut” to wages given that the Office for Budget Responsibility is predicting inflation will rise to 1.5 per cent in the coming year.

Shadow health minister Alex Norris said the bid to “balance the budget” on the back of an NHS pay reduction seems “a very strange set of priorities”.

It comes as NHS Providers, the organisation representing NHS trusts in England, said it is “absolutely wrong” for ministers to renege on a pay rise that it calculated had already been budgeted for.

The organisation said detailed work had been conducted by the NHS on a long-term plan in which it claimed the government assumed an NHS pay rise in 2021/22 of 2.1 per cent, not 1 per cent.

Saffron Cordery, deputy chief executive of NHS Providers, said that rise had been “baked in” to spending assumptions.

She told Today: “We are really clear that the government had already budgeted for a pay rise of 2.1 per cent, so what we are saying is – given where the NHS is at, given what frontline staff have been through – it seems absolutely wrong to take from their pocket right now a pay rise that was due to them.”

Health Secretary Matt Hancock told a press conference on Friday that the Government had “set out what is affordable” in the face of a challenging financial picture after heavy borrowing and a steep recession.

He argued NHS staff had been “carved out” of a pay freeze affecting other public sector employees.

But the Royal College of Nursing (RCN), which has decided to set up a £35 million industrial action fund to support members wanting to strike, has warned a large number of nurses could leave the profession due to the “slap in the face” from the Government.

Patricia Marquis, the RCN’s South East regional director, told Times Radio: “We know there are significant numbers who are planning to leave and this slap in the face from the Government really has just reinforced their belief that they are not valued by either the Government or perhaps some of the public in the way they would want to be.”

She said there were 40,000 nursing vacancies when the nation went into the pandemic and staff have been working to cover those roles.

Sara Gorton, head of health at the Unison union, said if the government sticks to its one per cent pay offer it will “cause widespread industrial upset”.

Simon Walsh, deputy chairman of the British Medical Association’s UK consultants committee, said the “derisory” recommendation “reflects that the Government is really out of touch with the feeling of the public on this”.

He added: “I hope (the government) realise that their policies are in danger of preventing the NHS being able to recover from this pandemic and catch up with all the backlog of work.”