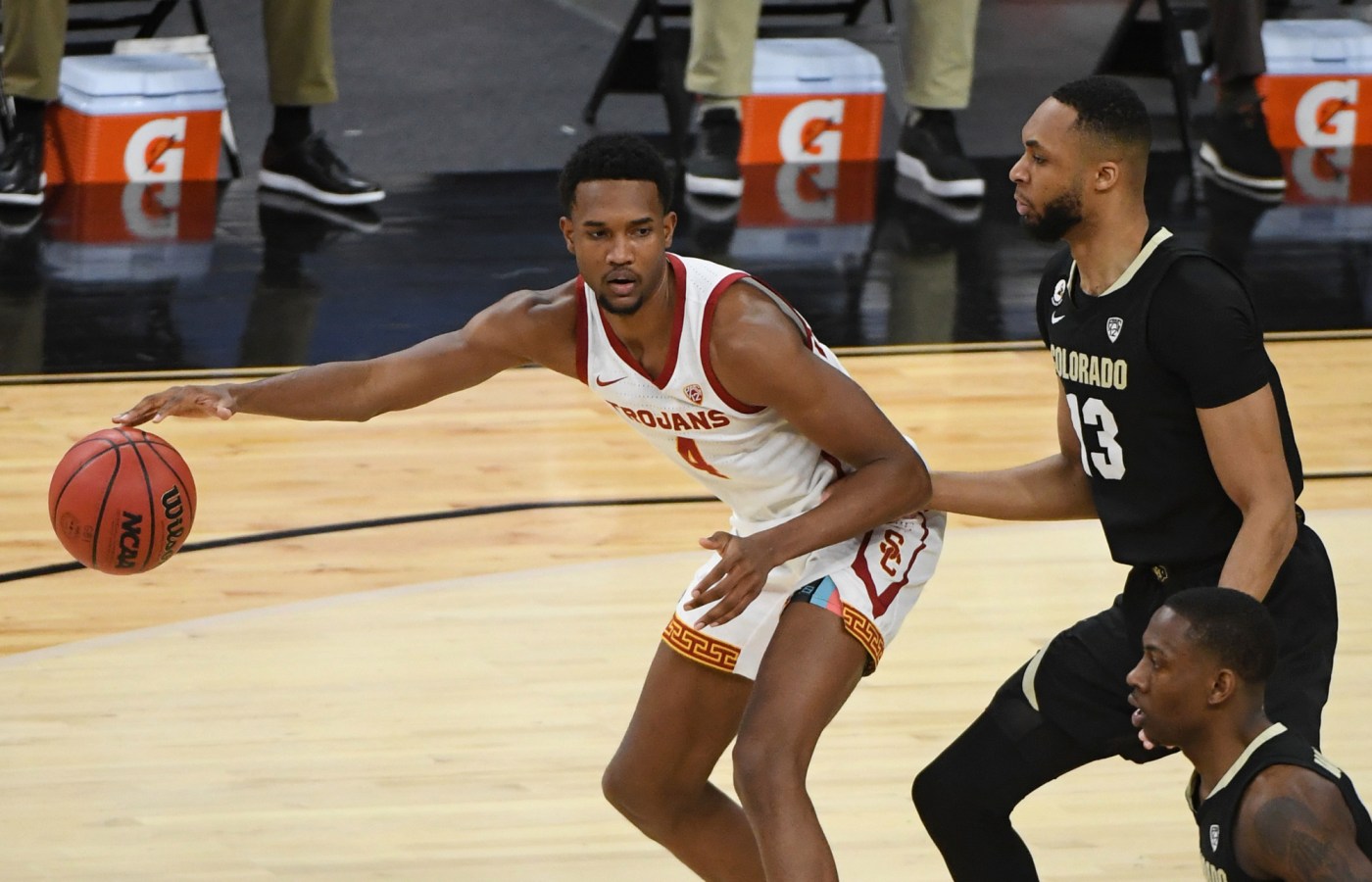 USC must give Evan Mobley help for NCAA Tournament run

If there’s a positive the USC men’s basketball team can take from its early exit from the Pac-12 Tournament, it’s that Evan Mobley is ready for the spotlight.

The freshman phenom set and then matched his career high in scoring, dropping 52 points in two games to go with 18 rebounds and 10 blocks.

The flip side of this, though, is it’s clear Mobley can take USC only so far if his teammates don’t play their supporting roles.

The Trojans are back in Los Angeles following Friday’s 72-70 loss to Colorado in the Pac-12 semifinals. They’ll get a day off before seeing where the selection committee will seed them for the NCAA Tournament. ESPN’s Joe Lunardi pegs USC as a No. 6 seed to face the winner of the Syracuse-Drake play-in game.

So USC is going dancing. The question is how long it can last in Indiana, and, if Las Vegas was any indication, the answer is going to depend on how the supporting cast plays around Mobley.

“We can compete with anybody,” USC head coach Andy Enfield said following the Colorado loss. “I think we’re 19-0 when three guys get double figures and 3-7 when they don’t. … So we need a third scorer.”

For much of Friday, USC didn’t even have a second scorer. Tahj Eaddy, the only other Trojan to reach double figures against the Buffs, didn’t get on the board until there was 3:37 left. USC got 12 points from its four-man bench, which was minus-17 in 41 minutes of play.

Eaddy himself expressed concern about USC’s slow start against Colorado, noting it’s been a recurring problem for the Trojans this year. USC fell behind by 15 in the first half, and by the time it got its act together and shot 60% from the floor in the second half, it was never able to reclaim the lead.

“When we play good teams, we can’t afford to do things like that,” Eaddy said.

USC has had a successful year, going 21-6 in the regular season, bringing home a bundle of end-of-year awards after finishing second in the Pac-12. But if the Trojans are going to advance to the Sweet 16 for the first time in the Enfield era, Mobley will need help. And not just in crunch time, but for 40 minutes a night.

“We have to keep our heads up. Our players have to realize they have accomplished a lot,” Enfield said. “At the same time, everybody is going to be one-and-done once we get to Indianapolis and they have to realize that every possession will matter whenever we play our first game.”

USC must give Evan Mobley help for NCAA Tournament run