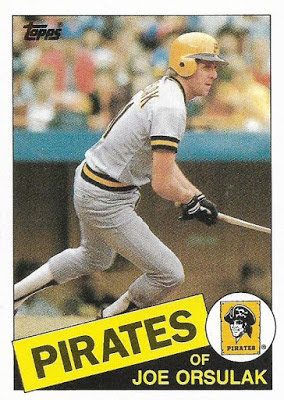 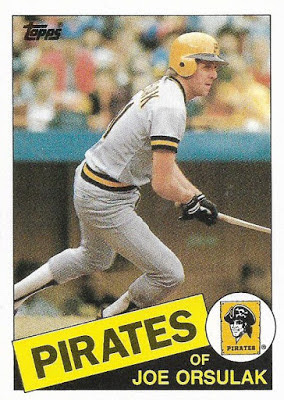 Last week I survived that popular ritual of 50-somethings everywhere, the colonoscopy.

I know that just made a young person squirm. Good. That's why I mentioned it. They need reminders of what's coming.

Anyway, the hysteria you hear about the procedure is pretty much exactly that: hysteria. I heard all kinds of stories before I finally agreed to my doctor's recommendation. One person told me about the woman who had a colonoscopy and is still in a hospital years later recovering. Spooky stuff like that. But outside of starving yourself for a day and getting zero sleep, mine was completely manageable and filled with all kinds of perks, like getting my own cable TV to watch and people waiting on me constantly.

Best of all, there is plenty of down time afterwards. Because of the prep (i.e. icky drink) the night before and the procedure the day of, I essentially took two days off of work and nobody said anything because the poor old man needs a colonoscopy. But the whole thing doesn't take up a lot of time and I had several hours each day all to myself, mostly to do cards stuff (well, there was a four-hour nap, too).

And while I was putting away cards after I got home from the hospital, I found my 1985 Topps Traded Joe Orsulak card.

I wrote about how it was missing a little while ago. Normally it would cause me quite a bit of consternation, but life is a blur and there's no time for drama like that. I assumed it would show up eventually and it did.

That caused a balance issue and as I was fixing the stack, I noticed a bit of bright green sticking out of the A&G cards near the bottom. It did not look like anything close to A&G color.

As I removed some A&G cards, I found myself staring at the back of that Joe Orsulak card. As a few of you suspected, it got caught up in my card sorting.

For the record, the card was missing 24 days. It disappeared on Jan. 29 after I posted it on my 1985 Topps blog and reappeared on the Day of the Colonoscopy on Feb. 21.

And that is how I'll always remember the day Traded Orsulak came home. It was the same day I received pictures of my colon from my doctor.

Now, as I suspected when I was posting that the card was missing, I did receive another Orsulak Traded cards to fill that sudden vacancy in my complete 1985 Topps set.

It came from Commish Bob. In the most stunning thing that I have heard all year, he said he found the card at a card show. Who in the world would bring a 1985 Traded Joe Orsulak card to a card show to sell? I might actually be able to set up a table at one of these things if that's what they're selling.

Anyway, now I can do this: 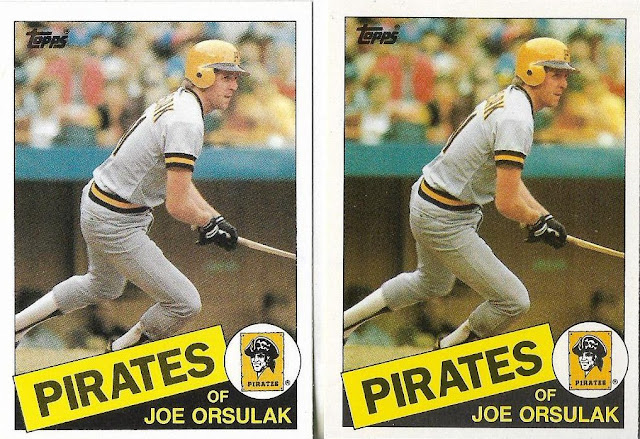 Doesn't that beat a poke in the ass?

Commish Bob did find another card at that show that will prove quite useful: 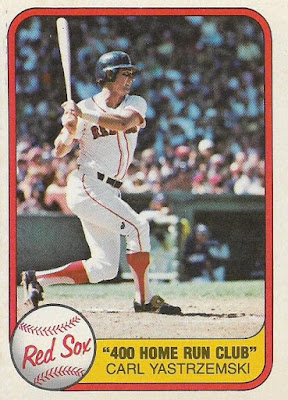 This is an upgrade from the Yaz I received earlier from P-Town Tom for my very nearly complete 1981 Fleer set.

I still insist on organizing my cards and blogging about cards even while life spins out of control, so I fully expect that other cards will disappear on me in the near future.

But today I'm simply going to celebrate that Traded Orsulak has come home.

A lot has happened since you went away, Traded Orsulak. Let me tell you about my colonoscopy ...
Source: nightowlcards