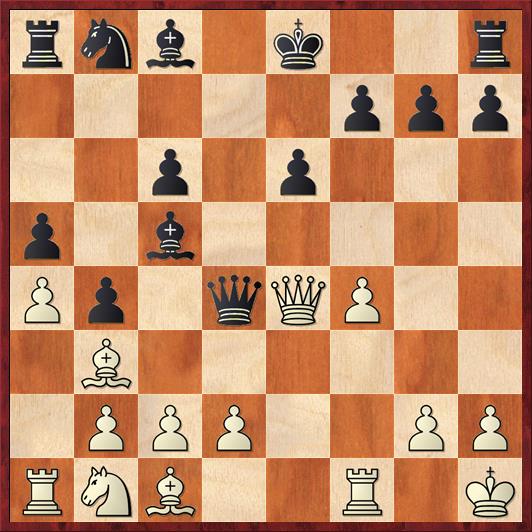 As you know, I often blog about games against the computer. When I do this, I feel guilty about the fact that these games are cherry-picked. Usually I only show my best games, although occasionally I might show a game where I played well in general but then missed a winning move, because such games have a lot of instructional value.

What I don’t show you is the vast majority of games where I play like an idiot and the computer annihilates me, because after all, who cares about those games?

However, this extreme anti-computer bias may not sit too well with our computer overlords once they take over the world, so I offer them this game as proof that I acknowledge their inherent superiority. I played quite possibly the worst opening ever that didn’t involve actually hanging a piece or something like that. The position on move 18 is so bad that it’s hilarious.

The computer’s rating was set to 2110 for this game, so I have absolutely no excuse.

I’ve been experimenting with this against the computer (see Why Not Nuke the Caro?) but I’m not sure if I would ever use it in a tournament. The idea is similar to the Bryntse Gambit in the Sicilian (1. e4 c5 2. f4 d5 3. Nf3!?), and it would be nice if I could have this one-size-fits-all approach to playing against both the Caro and the Sicilian. But …

If Black plays the foolish 5. … Bg4?, chasing after material, then the queen sac 6. Qxg4! Nxg4 7. Bxf7+ is even better for White than it is in the Bryntse. Unfortunately, the text move, 5. … e6, puts a damper on White’s idea. With the pawn on c6, rather than c5, Black is able to gain space by chasing White’s bishop on c4. The resulting positions are even or maybe a bit better for Black.

Ironically, this was not a very good move by Black (remember that the computer was “dumbed down” to 2110), and White could get a fine game with 12. Qf3, 13. d3, 14. Nd2, etc. The main point is that eventually the queen on d4 will turn out to be misplaced and will have to leave. It’s a beautiful-looking piece that doesn’t do anything.

But now, for some reason, I completely lost the thread of the position. It is unbelievable how I ruined my game in just three moves, all superficially plausible.

Of course this is natural and aggressive, but a much safer route would be 14. d3, continuing my development. This is a case of incorrect evaluation of the position. I had to realize that I am behind in development, and instead of playing ambitious moves that create more weaknesses, I should play less ambitious moves that keep my position solid and compact.  Most of all I need to finish my development, something that we all learn in Chess 101 but need to be reminded of from time to time.

When I’m playing rapid chess (this game was 40 moves in 10 minutes) this is the kind of move I tend to overlook or underestimate – the in-between moves.

After this move I’m lost! I had to play 15. Rf3. The point is to force Black to retreat his dark-squared bishop so that I can carry out my original intention of playing d4. Black can’t play the in-between move 15. … Be2 because of 16. cd Bxf3 17. gf. Even though my pawn formation is a disaster, it’s worth it to trade those two bishops off for a rook!

In the taxonomy of mistakes, this was a case of playing a “routine” move (15. Re1 “looks more natural” than 15. Rf3) when I really needed to do concrete analysis. Again, I would definitely not have played such a blunder in a tournament game, but when I’m in blitz mode I sometimes cut corners and this is what happens.

Creating a complete bind on the queenside. One Black piece (the bishop on d3) dominates four White pieces, with an assist from the pawns on a5 and b4. It’s hard to see how White can ever free these pieces, especially the QN and QR.

For what it’s worth, Rybka says that this is White’s best move. I’m trying to exchange the bishop off or at least get it to a better diagonal.

I think that this is a good place to stop and proclaim this the worst opening ever for White. Four pieces are cowering on the back rank, and three of them cannot move without losing material. The fifth piece, the rook on g5, has sort of the opposite problem. It can wander all over the place but it’s completely disconnected from the rest of the army and can’t do anything useful.

I’m going to invoke the mercy rule and not show you the rest of the game, but it was pretty straightforward. Black chased the rook to a white square, played … Nc5, attacked the rook with his light-squared bishop, and then played … Nd3. Once that happens, White loses a piece by force, as the only way to defend the bishop on c1 is to give up the knight with Na3.

For anyone who thinks that computers only win through tactics, this is a pretty good example of a win through positional domination!

Note added after publication: I just had one more thought about the second position and why it is so laughably bad. I’ll call it the “Mobility Index” or LPMTDILM, short for Legal Piece Moves That Don’t Immediately Lose Material. White has only four such moves: Bb3, Bf3, Rh5, and Rg4. (I would argue that 19. Bh5 and 19. Bg4 are not LPMTDILMs because they immediately lose material to 19. … h6 followed by 20. … Nf6.) By contrast, Black has (by my count) 27 LPMTDILMs. I think that this is an enormous disparity for a position where no one is in check and no immediate material-winning threats are on the board. (Both of those factors tend to artificially reduce the Mobility Index.)

Interestingly, the Mobility Index is probably quite easy for a computer to calculate but too tedious for humans. A computer could probably avoid getting into a position like this just by trying to maximize its Mobility Index on each turn.