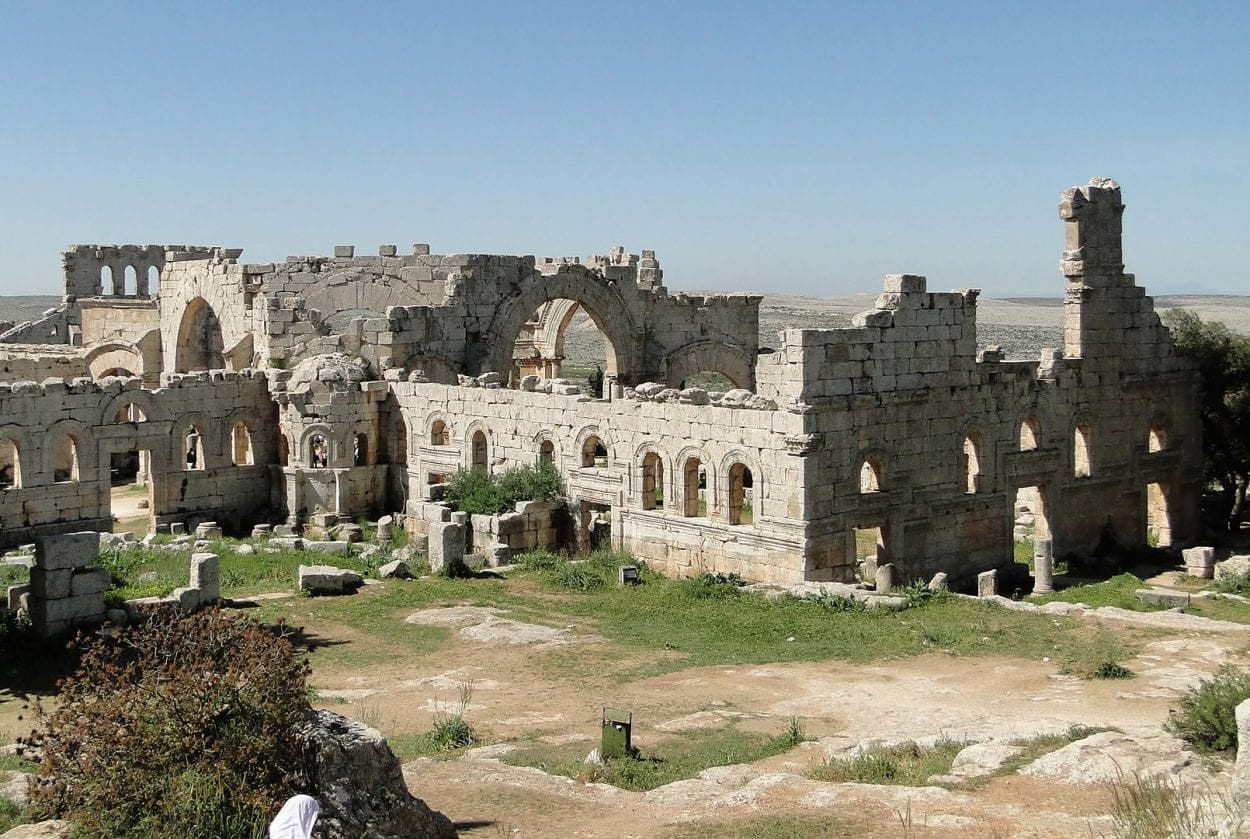 The Dead Cities, also called the “Forgotten Cities,” are a series of ancient towns, monuments, and settlements located in North-Western Syria on the Aleppo plateau.

The Dead Cities consists of over 40 largely preserved settlements and around 700 lesser sites, founded between the 1st and 7th century AD during Late antiquity in the Roman and Byzantine periods (a period of transition from classical antiquity to the Middle Ages).

Historically the region was a rich centre for agriculture – producing wheat, grapes, olives, and wine on a major trade route supplying goods for Antioch and Apamea.

Among the most notable sites of the Dead Cities are the ruins of the Church of Saint Simeon Stylites, and the settlements of Serjilla, Barad, and Qalb Loze.

The Church of Saint Simeon Stylites

Serjilla was a high-status agricultural complex, consisting of domestic houses, a basilica, bathhouses, olive presses, a public building known as an adron (a men’s meeting room or tavern) and various tombs and sarcophagi.

Barad was a monastic and religious centre, where a cathedral, known as the Church of Julianos was constructed between AD 399 and 402, as well as several earlier churches, a monastery, large public bathhouse, warehouses, a magistrate’s residence, and a tetrapylon.

Qalb Loze, meaning “Heart of the Almond” was a settlement that primarily revolved around the cultivation of tobacco and olives. The site consists of several domestic and agricultural structures, with the most notable monument being the remains of the 5th-century church of Qalb Loze, which some historians claim influenced the architecture for the Notre Dame in Paris, France.

After the conquest of Byzantine territories by the Arabs in the first half of the 7th century, the local economies of the Dead Cities collapsed due to a change in the trade routes. This led to a gradual abandonment of the settlements for larger urban centres controlled by the Arabs and the Umayyads as increasing urbanisation took its toll.