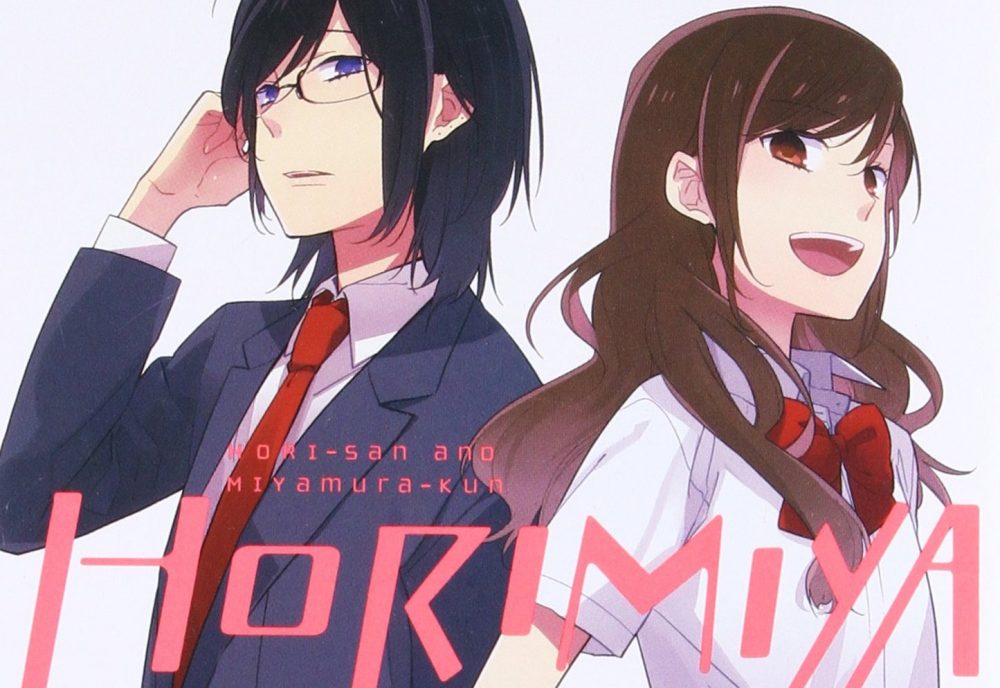 When the Horimiya anime burst onto Funimation in Winter 2021, it turned a lot of heads, and many of us became instant fans. The Horimiya manga, however, has been a huge success for quite some time, racking up insane sales numbers.

The question — for both new fans of the anime and manga readers who are simply interested in picking up the manga — is this: is the Horimiya manga actually worth reading?

I’ve answered this question a few times, with a few different manga series’. And, the answer always changes depending on the series.

I personally believe that The Promised Neverland manga is infinitely better than the anime. The Attack on Titan anime, however, is so good that reading the manga as well is hard to justify.

Before we do answer the question of whether or not the Horimiya manga is worth reading, however, let’s make sure we’re all on the same page, literally.

What is Horimiya About?

Horimiya (full title: Hori-san to Miyamura-kun) is a romance manga series that was originally both written and drawn by mangaka Hiroki Adachi (using the pen name Hero).

The manga became known as Horimiya when it was adapted by artist Daisuke Hagiwara (kind of a One Punch Man situation). As this version of the Horimiya manga wrapped up, the anime adaptation began airing and gaining a whole new fanbase.

Horimiya is a refreshing teen romance story that centres on the titular Kyoko Hori and Izumi Miyamura, two high school classmates who quickly fall in love.

Hori-san is a popular honour student with a hidden home life: she raises her little brother and manages the home because her parents are “busy”. Miyamura-kun plays the introverted and lonely otaku at school but is, in actual fact, a sexy, tattooed, and pierced himbo.

The story moves at an impressive click, with the surface-level readings of these characters thrown in our faces in chapter one, before being immediately stripped away, revealing the more complex lives and personalities of these two love interests.

Until the story’s beginning, Hori and Miyamura have never spoken. He keeps a low profile by design and her heavy responsibilities keep her from noticing other people. It’s their secrets, which are quickly exposed to the other, which form a bond between them.

Miyamura begins to spend every evening after school at Hori’s home. He brings cake from his family’s bakery and he helps her raise her adorable little brother. The two confide in one another, letting their guards down and letting the other one see their true colours.

The romance between Hori and Miyamura moves refreshingly quickly, and it’s this that fans have praised. They do very little dancing around the plot; they move at a more satisfying click; their story is not a teasing will-they-won’t-they affair; it’s a budding, blossoming, growing romance.

The Horimiya manga and anime alike both succeed thanks to two key aspects. The first is this aforementioned quickly-paced and growing romance. The other is the strength of both characters.

Hori is a wonderfully realised female protagonist with fears, anxieties, pride, responsibilities, and several layers to her character.

Miyamura is a boy tortured by the traumas he faced in middle school; a boy who has found methods for coping with that trauma while also keeping his head above water in the process.

In short, there’s a reason why the Horimiya manga is such an incredible success, and why the anime has hit the ground running. This is a series that blends original comedy with very grounded characterisation and storytelling.

Whether you read the Horimiya manga or watch the anime, you’re in for a wonderful time. Every strength I mentioned above applies to both the manga and the anime. Whichever medium you choose, you’re going to experience the story and romance of Horimiya and be very satisfied.

I mentioned above that Attack on Titan and The Promised Neverland had pretty clear-cut answers about reading the manga versus watching the anime.

Horimiya is a little more muddled, unfortunately. There are solid reasons for reading the Horimiya manga but there’s also a strong argument for just sticking to the Horimiya anime. Let’s tackle them one at a time.

Why You Should Read the Horimiya Manga

If you don’t have the patience and you’re desperate for the satisfaction of an arc and an ending, you need to read the Horimiya manga.

What the manga also has over the Horimiya anime is that, as is the case with any book or manga that gets adapted, readers of the original are privy to more story details, inner monologues, and character backgrounds.

Books and manga are always soaked in details that anime and live-action adaptations gloss over.

If you want the full Horimiya experience, you need to read the manga, even if you’ve watched the anime. If you want to wring every last drop of dialogue and narrative from this story, the Horimiya manga is a must-read.

To take a large and obvious example, the Horimiya anime completely omits chapters 5 and 6 of the manga (stylised as Page 5 and Page 6 in the manga).

In chapter 5, Miyamura has a cold; in chapter 6 their class takes a trip to Kyoto. These chapters make up the ending of volume 1 of the manga, and they’re missing from the anime.

However, we need to put a big, fat pin in this point. I will be returning to it below, when we get to why you should watch the Horimiya anime instead.

Another reason to read the Horimiya manga is that it’s pretty. Daisuke Hagiwara is a great artist who manages to breathe so much life into the nuanced little moments that characters share.

From tiny facial details to big, bombastic reactions, he delivers every time. Tense and quiet moments are handled with as much gravity as explosive comedic moments.

The art of the Horimiya manga is very blocky. There are few shades of grey; instead, we switch from large swathes of white with simple black outlines to thick, dense black pools of ink.

This yin-yang approach does an obvious but successful job of establishing our two characters, with Miyamura-kun being yin and Hori-san being yang.

Why You Should Watch the Horimiya Anime

Let’s take that big, fat pin out now. I mentioned that the Hormiya anime omits plenty of story beats and dialogue, and even entire chapters of the manga. And, while that’s a good reason to read the Horimiya manga instead of (or as well as) watching the anime, it’s actually not that clear-cut.

Put simply, every moment of the manga that the anime has omitted (so far) has been pretty superfluous. Rather than leaving out important scenes and chapters (like The Promised Neverland anime has done), the Horimiya anime is just trimming the fat.

Everything from the Horimiya manga that has been left on CloverWorks’ cutting room floor was worth cutting. Every move to trim the fat has been the right call.

As I mentioned, chapters 5 and 6 of the manga are missing entirely, but that’s fine. They didn’t matter. They didn’t serve the plot enough to justify keeping them in the anime.

It’s amazing how savvy and carefully CloverWorks have been when slimming the manga down. The pace of the anime is tighter for it, without sacrificing a single ounce of characterisation and drama.

The Horimiya anime (much like Demon Slayer) is a lesson in how to properly adapt a manga series.

Even beyond cutting the fat, CloverWorks have gone one step further and actively improved on several aspects of the original Horimiya manga.

To start with, there are a few moments and jokes in the Horimiya manga that rely on punching down. Depending on your sensibilities, some of the manga’s jokes can be read as homophobic and transphobic.

These same jokes have been tweaked in the anime, making for a far more wholesome viewing experience for everyone (except for the opening scene of Episode 10, which was hugely disappointing).

Speaking of comedy, the Horimiya anime is — in my opinion — far funnier than the manga. While most of the jokes remain the same, the anime’s direction, pacing, and, most of all, the outstanding skills of the Japanese voice cast elevate every single funny moment to new heights.

While the manga will elicit a few smiles and chuckles each chapter, the Horimiya anime is consistently laugh-out-loud funny.

In my experience, the opposite is so often the case. As a random example, I laughed so much harder reading Good Omens than I did listening to the audiobook or watching the show. So, for the Horimiya anime to actually enhance the comedy of the manga is a pretty massive feat.

The anime also wins in the translation and localisation department. The jokes are better translated, as I said, but so is almost every line of dialogue.

Puns, metaphors, and colloquialisms are all tighter, brighter, and smarter in the anime. The manga translation is a little more barebones. The anime has more colour and flair in its translation.

As I said at the beginning, the case is often a lot simpler than this. If you’ve watched Attack on Titan, the manga doesn’t offer enough to justify reading it as well. The manga of The Promised Neverland, however, is superior to the anime in every way.

Like with the Demon Slayer manga vs anime debate, the Horimiya manga and anime each offer solid reasons for choosing one over the other.